'I think it's a very healthy trend. It's an embarrassment of riches.' 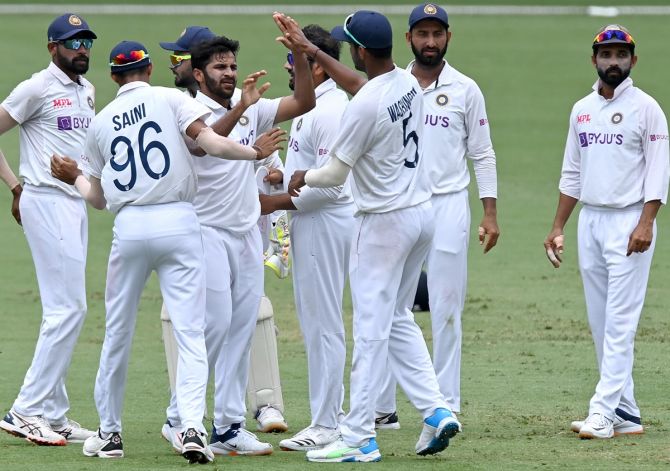 IMAGE: Shardul Thakur finished with seven wickets in the 4th Test at the Gabba in Brisbane and looks one for the long haul after an impressive display with bat and ball. Photograph: Bradley Kanaris/Getty Images

India have finally created a pace pool that will allow them to rotate the quicks and sustain the kind of performance they pulled off in Australia, bowling coach Bharat Arun has said.

India had their entire frontline attack wiped out before the Brisbane decider, but the injury-ravaged tourists still pulled off an epic 2-1 series victory in Australia after a lion-hearted effort by their replacement bowlers.

Playing only his third Test, Mohammed Siraj led their pace attack, which included Shardul Thakur and Navdeep Saini, both had played one Test each, as well as debutant T Natarajan.

"We have been planning this over the last three years," former Test player Arun told a video conference on Friday.

"If you need India to be sustainably doing well at the international level, you need a pool of bowlers who would be rotated time and again so that they stay fresh.

"Now we are blessed with a great bench strength. So it's very heartening how these guys have come to the party."

Pacers Ishant Sharma and Bhuvneshwar Kumar missed the tour with injuries, which continued to bedevil India's bid to retain the Border-Gavaskar trophy.

Arun said the emergence of the new crop of bowlers augured well, considering the workload ahead which includes a combined nine Test matches, home and away, against England.

"I think it's a very healthy trend. It's an embarrassment of riches," the 58-year-old said.

"Now we have seven fast bowlers willing to play for the country," he said.

"If we need to give our best performance, it will be extremely handy."

Arun praised the young quicks but felt the likes of Shami and Ishant still had plenty to offer.

"I think they have enough cricket left in them. Their experience is outstanding, and they are still good enough to perform for India.

"They'll all be rotated and we'll make sure we put the best team on the park."

© Copyright 2022 Reuters Limited. All rights reserved. Republication or redistribution of Reuters content, including by framing or similar means, is expressly prohibited without the prior written consent of Reuters. Reuters shall not be liable for any errors or delays in the content, or for any actions taken in reliance thereon.
Related News: India, Arun, Mohammed Shami, Pacers Ishant Sharma, Australia
COMMENT
Print this article 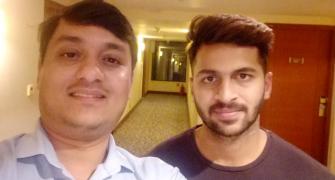