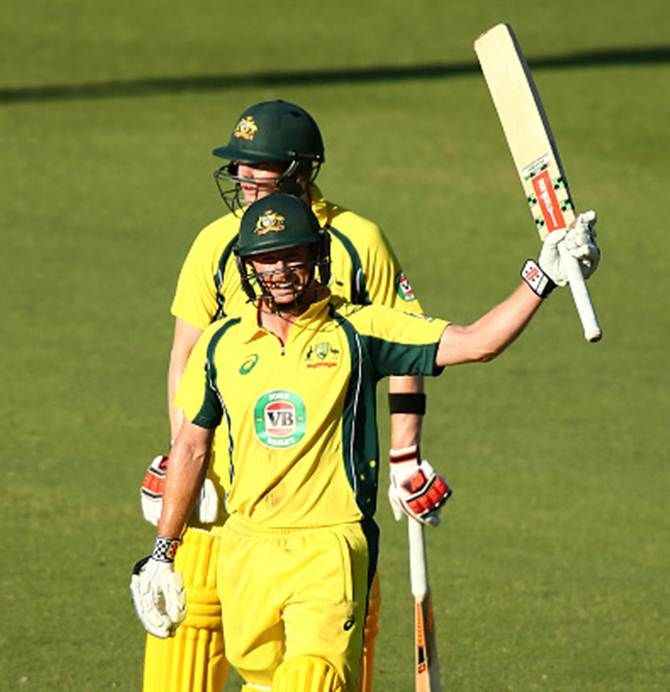 IMAGE: Australia's George Bailey celebrates after getting to hundred as his skipper, Steven Smith, watches in the first ODI against India in Perth on Tuesday. Photograph: Paul Kane/Getty Images

Steve Smith and George Bailey’s brilliant knocks overshadowed Rohit Sharma's magnificent 171 as Australia beat India by five wickets in the first ODI of the five-match series in Perth on Tuesday.

Batting first on one of the flattest of WACA tracks in recent times, India posted a healthy 309 for three, courtesy Rohit's unbeaten 171 off 163 balls and Virat Kohli's fluent 91, the duo putting on 207 runs for the second wicket after the early loss of Shikhar Dhawan (9).

- Photos from the Perth ODI

In reply, Australia captain Smith, who faced 163 balls, added 242 runs for the third wicket with former captain George Bailey (112) as the home team knocked off the runs with four balls to spare.

While it was another heartbreaking end to a Rohit century that ended in a losing cause -- his T20 hundred and ODI hundred against South Africa were in a lost cause - Smith again turned out to be India's nemesis by pacing his innings to perfection.

Left-arm pacer Barinder Sran (3-56) gave India a dream start on his debut by dismissing hard-hitting openers Aaron Finch (8) and David Warner (5) in successive overs to reduce Australia to 21 for two.

But Bailey (112) scored his third ODI hundred and added 242 for the third wicket with his skipper to take the match away from the tourists.

Bailey was lucky to survive an appeal for caught behind off the first ball he faced, television replays confirming Bran's delivery brushing his glove on the way through to wicketkeeper Mahendra Singh Dhoni.

India also missed several opportunities to run the right-hander out as their throws failed to hit the stumps.

Off-spinner Ravichandran Ashwin sent back Bailey and Glenn Maxwell (6) in successive overs to give India hope but it was too little, too late. 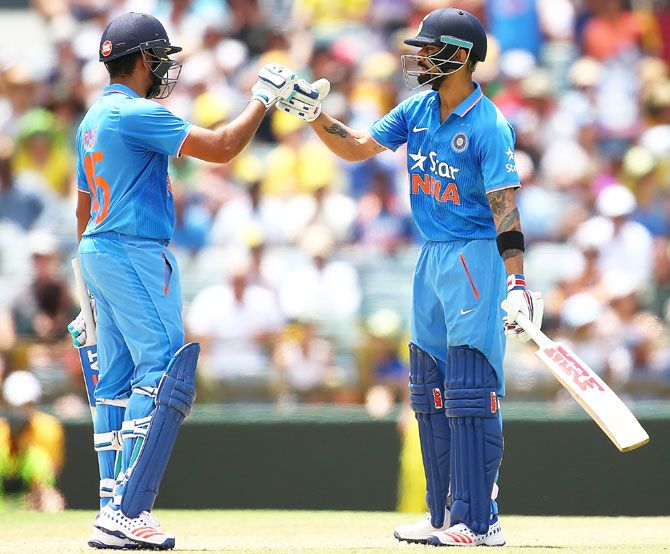 IMAGE: India's Rohit Sharma congratulates teammate Virat Kohli on his half-century during the first One-Day International against Australia at the WACA in Perth on Tuesday. Photograph: Paul Kane/Getty Images

Earlier, India lost Shikhar Dhawan early but Rohit, the only cricketer with two double centuries in ODIs, and Kohli laid the platform for a late flourish.

The 28-year-old Rohit, whose 264 against Sri Lanka in 2014 remains the highest individual score in the 50-over format, hit 13 fours and seven sixes.

His 163-ball knock is the highest score by a visiting batsman against Australia, overtaking West Indies great Viv Richards's unbeaten 153 in 1979 in Melbourne.

Kohli fell in unselfish manner, trying to score quickly for his team and was out caught close to the boundary rope by Aaron Finch off paceman James Faulkner, who finished with figures of 2-60 in his 10 overs.

Paceman Scott Boland made a forgettable debut for Australia as he gave away 74 runs in his 10 overs while the other debutant Joel Paris also went wicketless, conceding 53 in his eight.

Brisbane will host the second match of the five-game series on Friday. 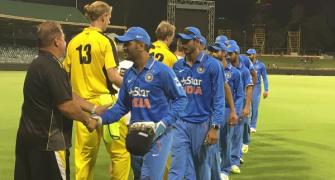 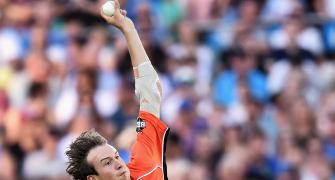 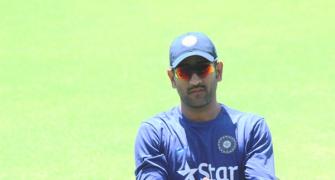 'Indian team has to adjust to extra bounce at the WACA' 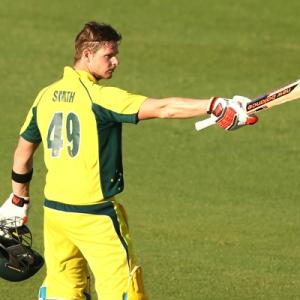 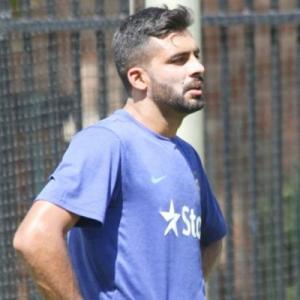