Former Australia batsman Dean Jones feels the standard of bowling in international cricket has touched an "all-time low", voicing his concern at a time when 300-plus totals have become the norm in One-Day Internationals.

In the ongoing five-match one-day series against India, Australia comfortably chased down two 300-plus targets, while notching up nearly 350 runs when batting first in the Canberra ODI.

"Many people think that the balance between bat and ball in ODI cricket favours the batsmen too much. This might be true, but I think international bowling standards are at an all-time low," Jones, who represented Australia in the 1980s and early 90s, wrote in his column for Sydney Morning Herald.

With such a packed international calendar, Jones believed it is difficult to produce the best at the top level consistently. 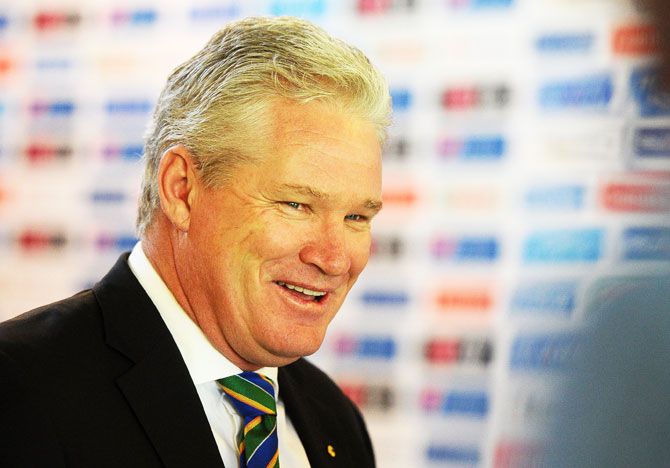 "Many fans think this new style of ODI cricket is boring. Well it certainly is not to the players, as it is a very difficult and a physically demanding game to play. It needs players to be extremely fit and strong. To play a high-standard ODI game consistently is very difficult if the scheduling for five ODIs is over just 11 days.

"The running these players do is amazing. With these congested schedules, there hardly seems time to rest, let alone plan and prepare properly for the next game," Jones said.

Observing that bowling attacks around the world have become one-dimensional, Jones said the 50-over format has evolved into a "different beast" over the last few months.

"Since the World Cup last year, one-day international cricket has become a different beast. This run-hungry ODI animal is evolving into a game dominated by batsmen. It seems that if you can't score over 300 on these drop-in concrete pitches, then pack up and go home. "These roads have made run scoring look easy, leaving many bowlers scratching their heads.

The style of pitch being presented by curators around the world is not going to change any time soon so my message is for bowlers is to suck it up, adapt or you will be blown away.

"The big question that must be asked is: has the quality of ODI bowling diminished? There seems to be a sameness about every attack around the world. Apart from Mitch Starc, no one bowls 150km/h. Spinners who bowled the "doosra'' have been eradicated and the batsmen have said 'Thank you' and gone bang!"

He felt the balls are also not swinging enough these days.

"The Kookaburra balIs have also changed. They don't swing any more and the pronounced seams that were around in my day are no longer there."