IMAGE: KL Rahul has been appointed as the vice-captain of the team. Photograph: Getty Images

India T20I deputy KL Rahul on Monday said being the side's vice-captain will bring an additional responsibility for him, but he is looking forward to the challenge and working alongside head coach Rahul Dravid.

India and New Zealand will be squaring off in a three-match T20I series, beginning Wednesday in Jaipur. Rohit will be leading the side with Rahul acting as deputy.

"Yes, there will be an added responsibility but it is something I have enjoyed doing, the most important thing would be to create an atmosphere in the dressing room where people coming in feel happy and welcome and they go out there and express themselves. Rahul Dravid comes in as well, really looking forward to the next two weeks with the new coaching staff," said Rahul.

When asked whether Hardik Pandya was given any reason for his exclusion from the T20I squad, Rahul said: "Quite honestly, I mean I do not know if that has happened. He knows exactly what he needs to do and what is expected out of him. He is smart enough to understand that."

Talking about the impact of Rahul Dravid, Rahul said: "Look, I have been fortunate to know him for a very long time. As a youngster, I did try to pick his brain. He was very helpful to all of us back home in Karnataka. He has helped boys across the country, having him here with us as a part of that setup will give us an opportunity to learn."

"We all know how big a name Rahul Dravid is, we have a great opportunity to learn from him and get better as cricketers. When it comes to coaching, I have played a couple of games with India A setup, he is somebody who has a great understanding of the game and creates an atmosphere where everybody is comfortable. He has always been a team man," he added. 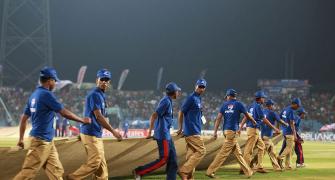 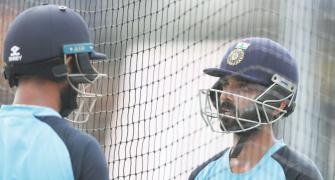 In search of vital runs, Rahane grinds it out at BKC 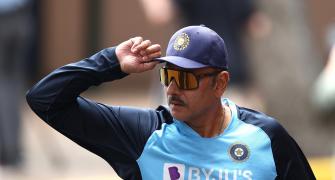 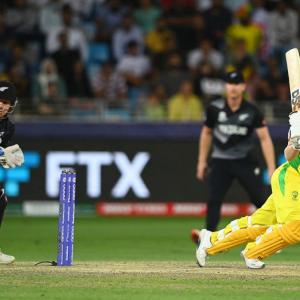