The Indian Premier League has given players an idea of how to cope with pressure situations, especially in the knockout stages, feels India captain Mahendra Singh Dhoni. 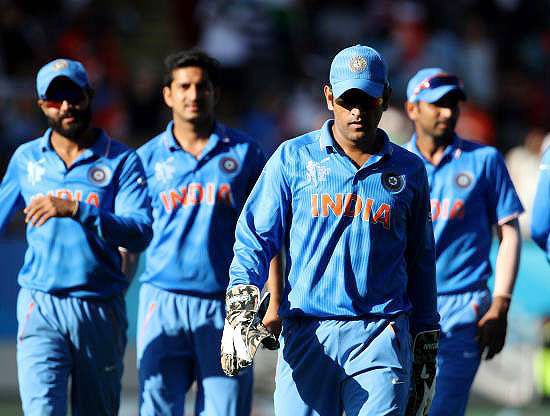 Indian captain Mahendra Singh Dhoni was happy that his team was stretched by Zimbabwe in its last group league encounter of the ICC Cricket World Cup.

The defending champions rode on Suresh Raina's rollicking century and an equally impressive unbeaten 85 by Dhoni to overcome Zimbabwe by six wickets and maintain their clean slate going into the quarter-finals of the ongoing tournament in Auckland on Saturday.

Chasing 288, India were struggling at 92 for four at one stage, before the Dhoni-Raina duo held fort.

"I think it couldn't have been better, in the sense, if you're playing the last game of the league stage, and if you get an easy win, you don't get a lot out of that game. What was good was the spinners were put under pressure, and also we lost quick wickets initially, and that actually put our middle and lower middle-order under pressure, so we gained a lot out of it," Dhoni said at the post-match media conference. 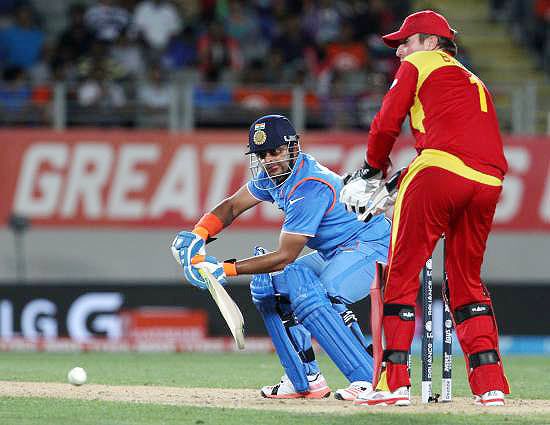 Raina's century laid the foundation and Dhoni lauded the left-hander for his stupendous effort.

"Winning, of course, was very important, but the knock by Raina was very crucial coming at No 5. More often than not, you don't get an opportunity. You get in to bat maybe after the 38th or 39th over if your top order is batting well and you have to slog it out, so you play the big shot and get out by not scoring too many runs.

"At the end of the day, when you get into the knockout stages you want to have runs under your belt. It doesn't really matter how many but once you get going, it just gives you that good feeling, which I feel is important in the knockout stages."

The India skipper called it a good game.

"Overall that's one of the main reasons why I would say it was a good game for us, and all the batsmen, also, they were under pressure. The ball was doing a bit and started to stop a bit, also. So overall, it was a good game," he added. 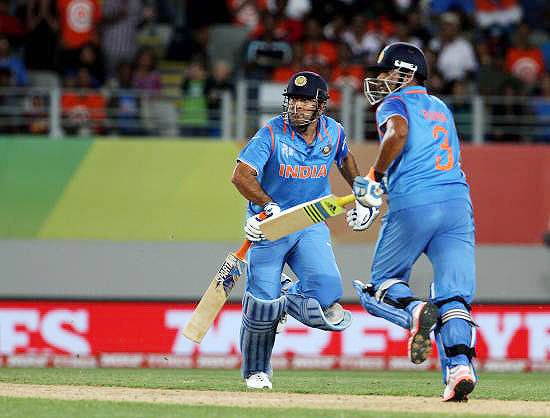 For someone who has turned chasing big scores into an art, Dhoni gave an insight into how he prepares for a big run-chase.

"I think what's important is to break the number of runs into small targets. You will tell yourself, ‘okay next two or three overs let's look for 10 runs or 15 runs or even eight runs if someone is bowling really well’. But at the same time it's a team effort."

"You can't really miss out the fact that somebody like Raina... the way he batted at the other end also eased up the pressure on me, and he has now done it quite a few times. I have had successful chases with Virat and Yuvraj for company also," Dhoni said.

"You can't always rely on the big shots. The reason being, at No. 6, you know there is only one batsman after you and that actually puts pressure. Once you break the big into small, small targets achieving those targets it just keeps giving you confidence, maybe 10 or 12 runs or 15 runs, but you gain confidence out of every target that you achieve. Overall, you keep breaking it down and in turn put the pressure back on the opposition." 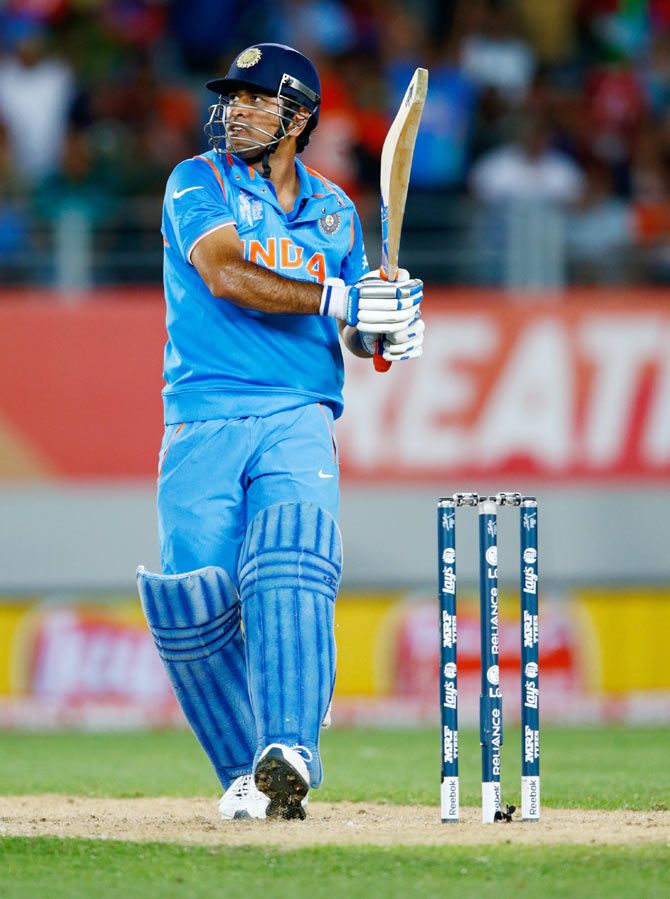 According to Dhoni, the moment that India had pocketed the game was the over before the winning runs were scored.

On a serious note, he said, "What's important is to make the margin narrow, the number of deliveries to the number of runs that's needed, and at times when you have wickets in hand you actually try to relate to an IPL scenario.

"It's our theory. If you are matching that, you are in a good position, and then you have to see which bowlers are supposed to bowl. If you have a shorter end, and all of those things play a factor -- the bowler you can target etc. So it's a mixture of everything.

"It sounds very complex, but when you are in those circumstances, more often than not that it's a situation that really works out, so you don't have to put a lot of thinking behind it. It's a brain that keeps working."

The skipper completely dismissed notions that playing away from home would lessen the pressure of playing the quarter-finals of a World Cup.

"We have the same kind of pressure. I've said it so many times, irrespective of which team we play or which tournament we play, we are under pressure. The good thing is that the boys are quite used to it. There had been instances where we are down, but from that position, also, we have come back strongly and we have done well," he said. 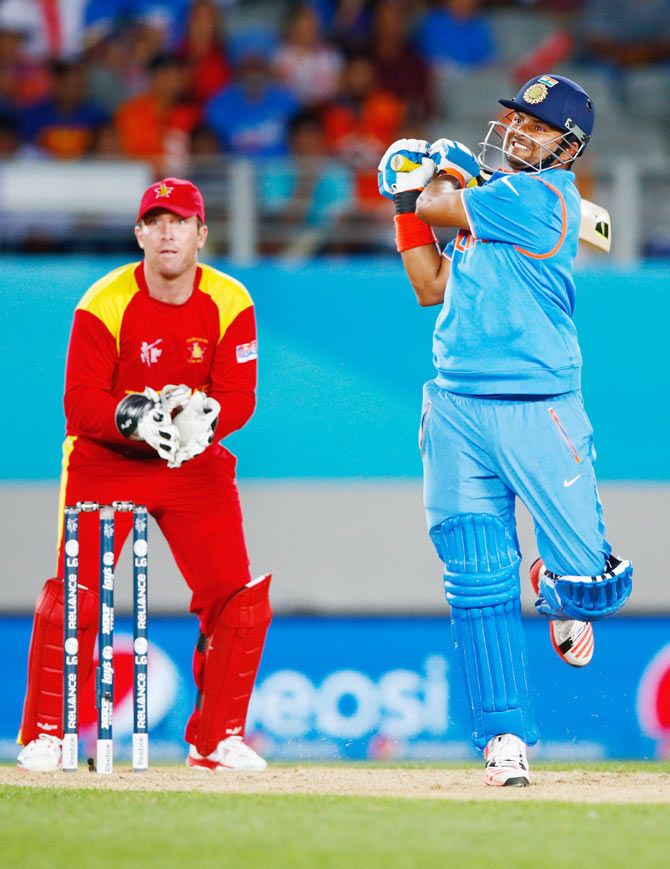 Dhoni did admit that his team had to devise new ways to counter pressure.

"The fluctuation in our performance in the last few years, including the Test performances, it just pushes the guys to new ways as to how you can get out of pressure. You have this constant pressure on you and still perform and keep the morale high."

Dhoni felt that since the core unit has also been a part of 2013 Champions Trophy victory and most of the players having played in knock-out stages of IPL, they know what it means to play a big-ticket knockout match.

"They (boys) have that experience in the sense we have played in Champions Trophy and we have done well, and it's almost the same side. If you see a few players are missing, and then also the World T20 last time. So they know in the knockout stages they have to lift their game, and also the fact with IPL happening and once you get into the knockout stages, most of the players play from teams that do qualify or have qualified, so they know what really needs to be done, and also it's something that we keep addressing.

"As you go into the tournament it's something that you keep stressing about because these are situations where you have to win that 50/50 scenario because you may not get a second chance, so you have to be at your best, and I think the guys will be well-equipped when it comes to the communication part to handle the situation," the skipper signed off. 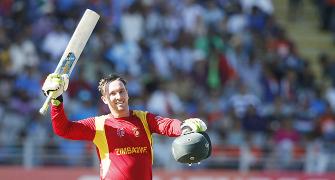 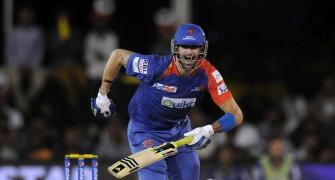 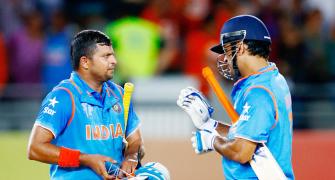 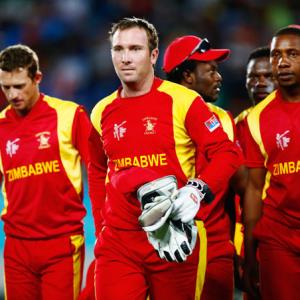