News
Business
Movies
Sports
Cricket
Get Ahead
Money Tips
Shopping
Sign in  |  Create a Rediffmail account
Rediff.com  » Cricket » ICC should have their best umpires in all matches: Rameez Raja

ICC should have their best umpires in all matches: Rameez Raja

Pakistan's former captain Rameez Raja feels the ICC should do away with the concept of having neutral umpires and advocated the need to rotate the on-field officials during Test matches.

Rameez's comments came after a high number of debatable decisions by Tony Hill and Shavir Keki Tarapore during the second Test between Pakistan and Sri Lanka that ended in Dubai, on Saturday.

The umpiring also came in for criticism during the drawn first Test at Abu Dhabi.

"I don't see why the ICC can't have their best umpires on the elite panel supervising in all the matches," Rameez said.

"Why shouldn't Aleem Dar or Asad Rauf stand in a Test involving Pakistan? Why is this issue of neutral umpires so important? The ICC says it has the best umpires on its elite panel so why can't they just stand in any match?" he questioned.

While New Zealand's Tony Hill is on the ICC elite panel, Tarapore is on the international panel and Rameez said the number of bad decisions in the Test had shown it was a wrong policy to not have the best umpires supervising Test matches.

"I think the concept of home umpires having bias like in the old days has gone out of the window now with the improved television coverage and changes in the sport. I think the ICC should now appoint umpires from its elite panel regardless of their nationality. No need for neutral umpires," he said.

Ironically, it was Pakistan that spearheaded the campaign for having neutral umpires in Test matches in the late eighties experimenting for the first time with this concept during a series in Pakistan.

Rameez also felt that the ICC should look at the possibility of having a rotation policy for the four umpires that are named for every Test match.

"They have four umpires on duty in a Test and I think it would be a good idea to rotate the duties of these umpires. The on the field umpires can be changed session to session so that they get proper rest and don't feel the heat affecting their decisions," he said.

He pointed out that Test cricket was all about pressure and there was a lot of pressure on umpires who tended to make errors if they had a bad "That is why I say it is necessary to have the UDRS in Tests but I also think it wouldn't be a bad idea to rotate the umpires in a test. They can get rest and focus on their job and that would mean less errors."

The Pakistan board as hosts are using the UDRS in the One-day International series but not in the Tests due to the high costs of the technology. 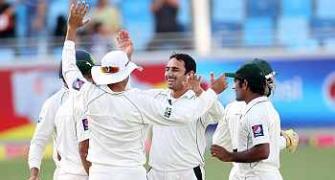 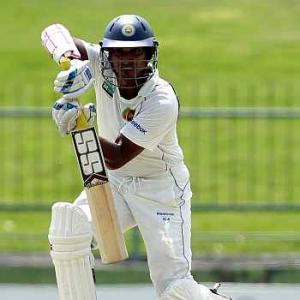 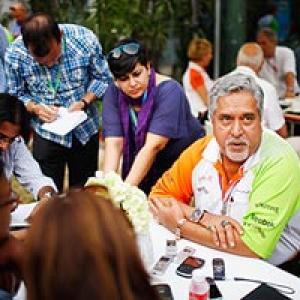