News
Business
Movies
Sports
Cricket
Get Ahead
Money Tips
Shopping
Sign in  |  Create a Rediffmail account
Rediff.com  » Cricket » I was surrounded by fixers such as Aamir, Asif: Akhtar

'There was so much match-fixing. Asif told me which all matches they had fixed' "I was playing against 21 people -- 11 theirs and 10 ours," said former speedster Shoaib Akhtar, once again fuelling match-fixing allegations against his former Pakistan teammates.

Pakistan cricket had plunged into one of its many crisis in recent years when fast bowler Mohammad Aamir, Mohammad Asif and Salman Butt were banned for spot-fixing in 2011.

"I was always of the belief that I can never cheat Pakistan, no match-fixing but I was surrounded by match-fixers. I was playing against 21 people (sic) -- 11 theirs and 10 ours. Who knows who was the match-fixer," Akhtar said during a talk show 'Rewind With Samina Peerzada'.

"There was so much match-fixing. Asif told me which all matches they had fixed and how they did it."

Akhtar said he was livid when he came to know that Aamir and Asif had indulged in corruption during a Test against England.

"I tried to make Aamir and Asif understand. What a waste of talent. When I heard about this, I was so upset that I punched the wall," said the 44-year-old retired pacer.

"Pakistan's two top bowlers, smart, intelligent and the two perfect fast bowlers were wasted. They sold themselves for a little money."

Of the suspended trio, only Aamir managed to make a successful comeback to international cricket.

The pacer was instrumental in Pakistan winning the 2017 Champions Trophy, beating India in the finals. He was also a part of the Pakistan team during the 50-over World Cup in England. 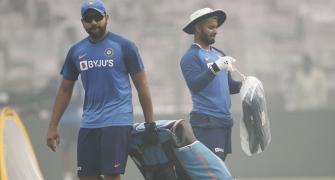 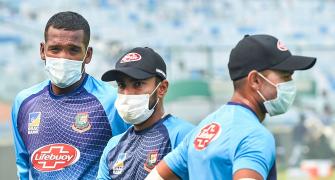 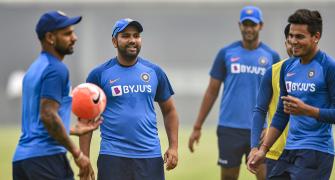