'Indian captain has confirmed that the team was fine and had a full outdoor training session without any issue.' 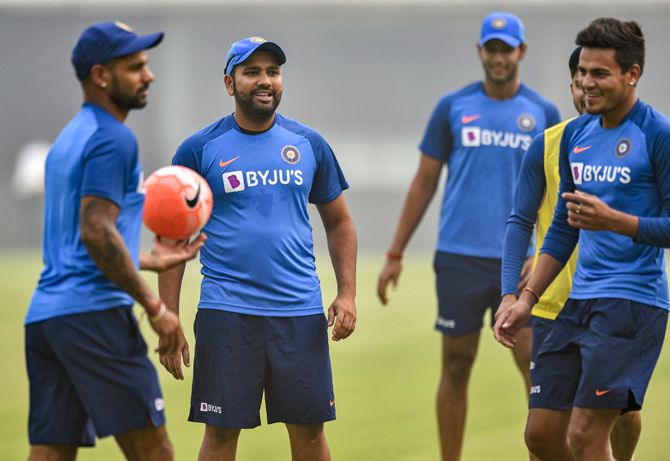 IMAGE: The Indian players during their training session at the Arun Jaitley stadium in New Delhi on Friday. Photograph: PTI

While the Bangladeshi players wore anti-pollution masks during the fielding session in the morning, there was no such concerns for the Indian team as it practised in the afternoon.

"The BCCI president called the team to check on its well being. Sourav Ganguly had a discussion with stand-in skipper Rohit Sharma on how the team is coping up with the situation. Indian captain has confirmed that the team was fine and had a full outdoor training session without any issue," a BCCI source said on conditions of anonymity.

Meanwhile, the Central Pollution Control Board (CPCB) has advised the Delhi and Districts Cricket Association (DDCA) to "wash trees inside the Feroz Shah Kotla premises" and "track polluting items within its 2 km radius" ahead of the game.

This was after the BCCI and DDCA officials had a meeting with the officials of CPCB, Delhi Pollution Control Committee (DPCC), PWD and South Delhi Municipal Corporation (SDMC) to review the situation and it was decided that match will go on as per schedule.

"DDCA has been advised to wash the trees inside the (Kotla) stadium so that the dust doesn't flow. DDCA was also asked to survey the area of about two kilometres around the stadium and if any polluting items such as construction material, burning garbage etc is found, it is to be reported to CPCB . They will ensure immediate action," the official added.

Delhi recorded its worst air quality of the season on Friday as the pollution level touched the severe plus category, prompting authorities to shut schools till November 5, ban all construction activities and declare a "public heath emergency".

The city's overall air quality index (AQI) was 504 at 3:30 am IST, but by 4 pm it was recorded at 484 in the severe category, according to the official data.

In the National Capital Region (NCR), Ghaziabad and Greater Noida had an AQI of 496 at 4 pm, the Central Pollution Control Board (CPCB) said.

The Supreme Court-mandated Environment Pollution (Prevention and Control) Authority declared the "public health emergency", following which the Delhi government decided to shut all schools. The EPCA has also banned all construction activities in Delhi-NCR till November 5.

As the situation got better, the players removed their masks, except Vettori and other non-Bangladeshi support staff.

"It's only three hours so it's going to be easy. There maybe scratchy eyes, sore throat but that's ok. No one is dying," Domingo added.

Ganguly made it clear on Thursday that match will not be cancelled at the last minute but promised practical scheduling in future, hinting that North India venues may not be considered for matches post Diwali. 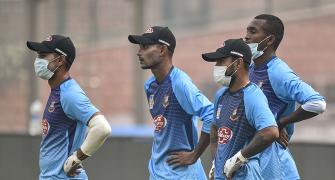 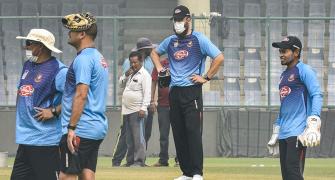 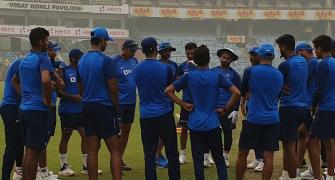 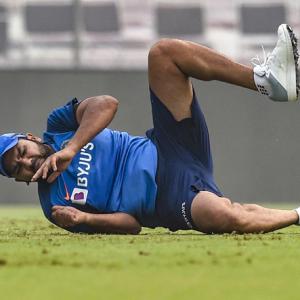 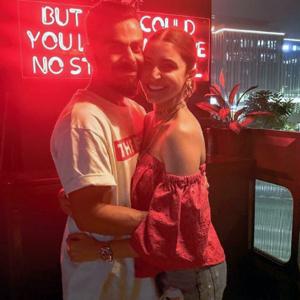