News
Business
Movies
Sports
Cricket
Get Ahead
Money Tips
Shopping
Sign in  |  Create a Rediffmail account
Rediff.com  » Cricket » How was the workload managed during IPL? 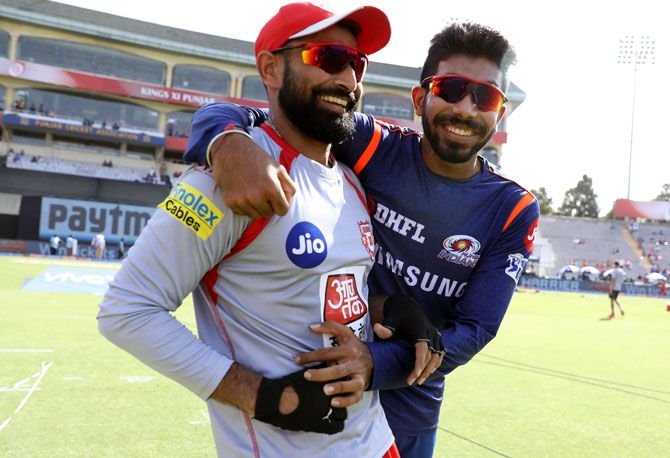 IMAGE: Mohammad Shami has played all his 14 league games while Jasprit Bumrah has played in 16 including the final on Sunday.Photograph: BCCI

'Workload management' of the World Cup bound India players was paramount for captain Virat Kohli before the start of the Indian Premier League but most of them have ended up playing almost all matches in the cash-rich league.

With good three weeks left before India start their World Cup campaign, the fatigue factor may not be an issue for the two-time champions even though everyone will be keen to note how the fast bowling unit holds up.

The Indian skipper had indicated at the start of the tournament that if any of the players feel that they need rest, they should go for it keeping World Cup in mind.

"If I'm able to play 10, 12 or 15 games, it doesn't necessarily mean that the other guy can only play that many. My body might demand I play a certain number of games and I need to be smart about that and rest," Kohli had said before the IPL opener.

It was easier said than done in a league where private franchises would demand everything from their star players and it did happen that way.

Shikhar Dhawan along with Ravindra Jadeja, Hardik Pandya and Jasprit Bumrah (16 including the final on Sunday). Mahendra Singh Dhoni played 15 games including the grand finale.

The only person, who played less than 10 games in chinaman Kuldeep Yadav, who was dropped by KKR management after 9 games due to poor form.

As far as others are concerned, Dhoni missed a couple of games due to a stiff back, Rohit was unfit for one game, Jadeja missed a game while Kedar was pulled out of the tournament after hurting shoulder in the final league game.

Luckily for India, India's main players escaped injuries which otherwise are very much a possibility over the course of such a long tournament, as experienced by leading South African pacers Dale Steyn and Kagiso Rabada, who are now racing against time to be fit for the World Cup.

As someone who also leads from the front when it comes to fitness, Kohli knows what he is doing but like he said at the start of IPL, what works for him might not work for others.

A batsman like Rahul used the IPL to hit top form ahead of World Cup but managing workload is always a bigger concern for the fast bowlers.

While playing all the games do take a toll on your body, the counter argument presented by India vice-captain Rohit Sharma ahead of the IPL final also holds weight.

"We spoke at the start of the tournament (on workload management). Like in Jasprit's case, he is someone who likes to play games to make sure that he is in good rhythm. We spoke at any given stage, if he feels the need to rest, we were open for it.

"Anyone who plays the IPL and goes to a big tournament (like the World Cup) I feel it keeps them very much in touch with their game. It is great tournament to hit form in. Hardik is one example.

"He was injured before the IPL, missed few games as well (for India), now he has done tremendously well for us. You can judge yourself where you are at ahead of a big tournament like the World Cup," said the MI captain.

Talking about how the international players looked after their bodies during the league, KXIP physio Brett Harrop and Delhi Capitals scouting head Pravin Amre said the cricketers managed their workload like thorough professionals.

In Capitals' case, Dhawan and Rishabh Pant were in the World Cup scheme of things but in the end, only the veteran opener made the cut.

"The players (Indians and even foreigners) are thorough professionals. They know the importance of a World Cup. They took couple of days off whenever there was a window. They were wary of their niggles and made sure it did not lead to an injury. That precaution was always taken," said Amre, who played the 1992 World Cup.

"Out team surely wanted to win but not at the cost of risking players' participation in the World Cup. There is also a two week break before the World Cup and I feel it is enough time to recharge your batteries," said Amre.

In case of Rahul and Shami, the KXIP duo preserved their energies by not taking part in majority of the optional practice sessions, said Harrop.

"The players were given hand-outs from the Indian team physio and they were just following that. Since they played all the games and were match-fit, it made sense to skip the optional practice session. They did not spend a lot of time in the gym and just focused on recovery," said the Punjab team physio. 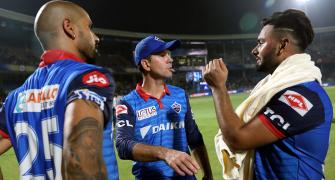 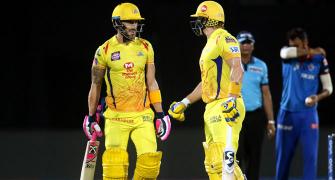 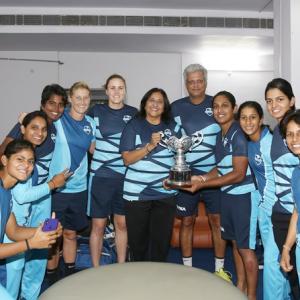