News
Business
Movies
Sports
Cricket
Get Ahead
Money Tips
Shopping
Sign in  |  Create a Rediffmail account
Rediff.com  » Cricket » How super Rohit clinched it in Super Over

'Never done that before. I didn't know what to expect.' 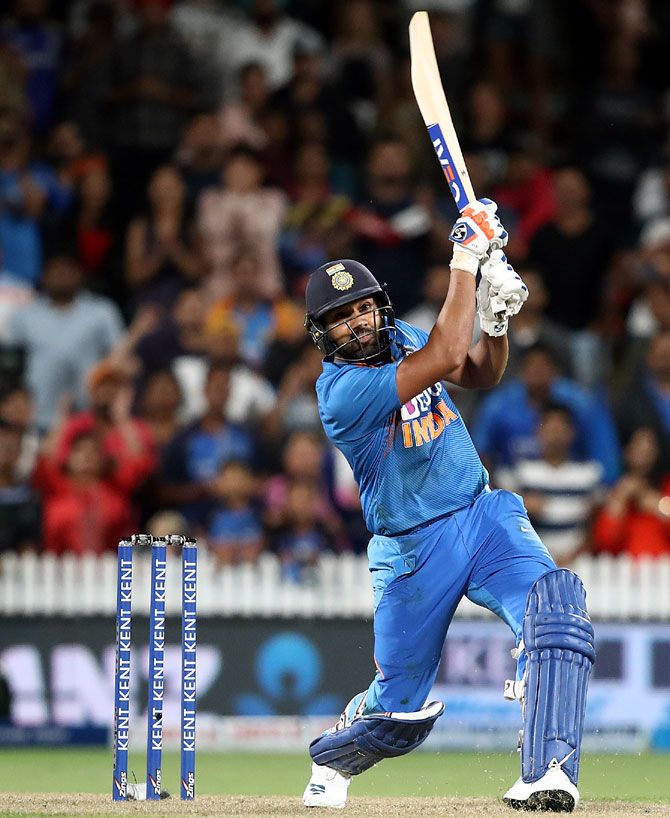 IMAGE: Rohit Sharma sends the ball into the stands during the Super Over of the third T20I against New Zealand, in Hamilton, on Wednesday. Photograph: Phil Walter/Getty Images

Rohit Sharma went into the Super Over of the third T20 International against New Zealand, in Hamilton on Tuesday, slightly unsure, as he had not batted in such a situation before.

However, he seemed completely in control of the proceedings and smashed consecutive sixes off the final two balls to give India its maiden T20 series triumph in New Zealand.

"Never done that before (batting in Super Over). I didn't know what to expect, whether to go from the first ball or just take a single, try and put pressure on the last three or four balls of the over. I just wanted to stay still and was waiting for the bowler to make a mistake (on the last two sixes)," Rohit said.

Besides his match-winning effort in the Super Over, he top-scored in India's 179 for five with a 65 off 40 balls, his first big score of the series.

"The pitch was good and I was trying to stay still, see what I could do. Good performance with the bat; little disappointed at having thrown my wicket away though, should have carried on for a while. Wanted to bat normally. I hadn't got runs in the first two games, wanted to do well today," said Rohit.

"We knew we would win the series today if we win the match. In important games important players need to step up and get counted," he added.

The fourth T20 International will be played in Wellington on Friday. 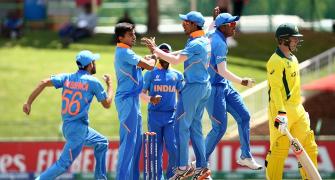 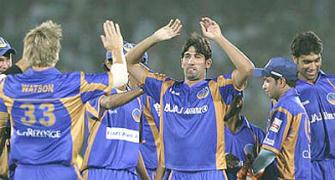 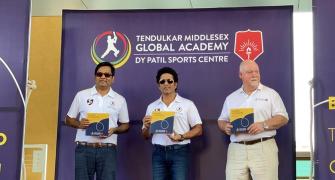 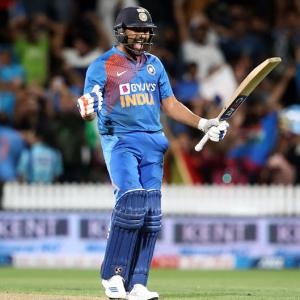