'We knew the ground is short and we could cover the run rate at any time.' 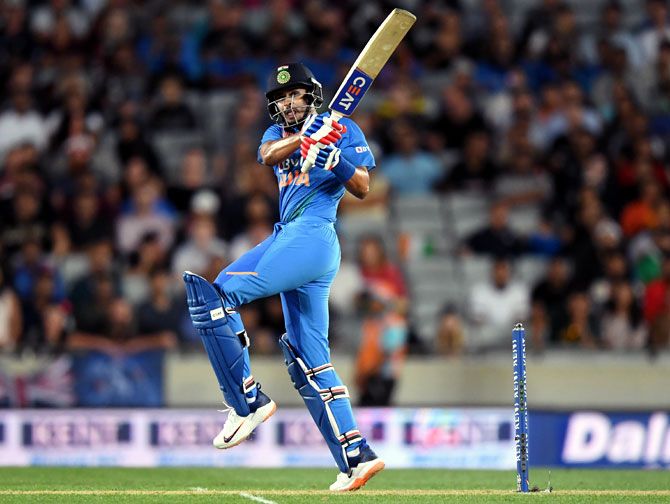 Shreyas Iyer was always confident that a target of 204 against New Zealand in the first T20 International on Friday was achievable considering the smaller dimensions of the Eden Park ground.

Iyer smashed an unbeaten 58 off 29 balls to seal a six-wicket win in the opening game and once again showed his utility as a No. 4 batsman.

"We knew the ground is short and we could cover the run rate at any time. It was an amazing experience, this is my first time at Eden Park, looking forward to the same crowd and the same support again for the next game," Iyer told Star Sports after the end of the match.

"It's amazing coming overseas and it's a really good feeling to win the game and being not out. We had lost two quick wickets and it was really important to build a partnership," he said.

India play the second T20 International of the five-match series at the same venue on Sunday, January 26.