France's Stephanie Frappart made history on Thursday when she became the first woman to take charge of a men's World Cup finals game during Costa Rica's Group E match against Germany.

Frappart, 38, led the first all-female refereeing team in a men's World Cup in the game at the Al Bayt Stadium alongside assistants Neuza Back from Brazil and Mexico's Karen Diaz.

It was yet another achievement in the illustrious career of Frappart, who began officiating youth games at the age of 13 in Herblay-sur-Seine, north-west of Paris, where she grew up.

Frappart entered the history books when she became the first woman to referee a French Ligue 1 match in 2019, officiating a game between Amiens and Strasbourg.

The same year, Frappart also took charge of the UEFA Super Cup between Liverpool and Chelsea, becoming the first woman to officiate in a major men's European match.

IMAGE: Referees Neuza Ines Back, Stephanie Frappart and Karen Diaz Medina walk off the pitch after the first half. Photograph: Claudio Villa/Getty Images

In 2020, she became the first woman to officiate a Champions League match, taking charge of the game between Juventus and Dynamo Kyiv.

"The men's World Cup is the most important sporting competition in the world," said Frappart, who was also the fourth official during Mexico's goalless draw with Poland at the Qatar World Cup.

"I was the first referee in France and in Europe, so I know how to deal with it.

Last year, Frappart became the first woman to officiate a FIFA World Cup qualifier, in a match between the Netherlands and Latvia, while this year she was the referee for the Coupe de France final between Nice and Nantes.

The Frenchwoman, whose passion for football came from her father, is a three-time winner of the World's Best Woman Referee award, given by the International Federation of Football History and Statistics (IFFHS).

Frappart's achievement was met with recognition, with Costa Rica manager Luis Fernando Suarez describing it as a step forward for women in a "sexist sport". 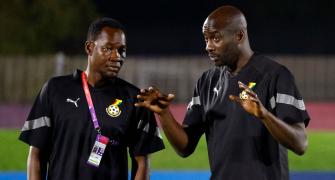 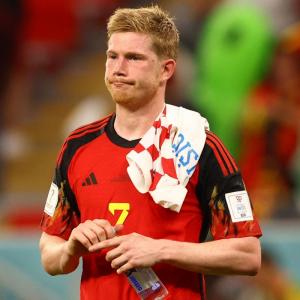