He is still playing incredibly well: Watson on Dhoni 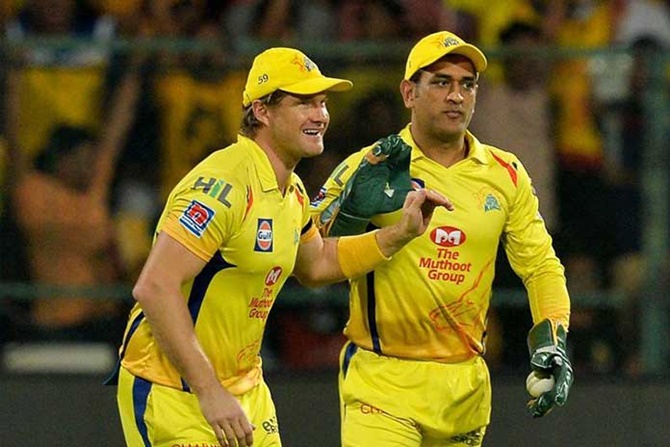 IMAGE: He has still got the skill, said Shane Watson. Photograph: PTI

Former Australia cricketer and Chennai Super Kings all-rounder Shane Watson, on Monday, said it was up to the legendary Mahendra Singh Dhoni to take a call on his retirement though 'he is still playing incredibly well'.

"He has still got the skill. But it is down to him to decide. He still moves incredibly well, runs hard between the wickets and has beautiful hands. Whatever he does, it will be the right thing because he knows what lies ahead," Watson told reporters on the sidelines of a scholarship distribution event at Velammal school in Chennai.

The burly Aussie all-rounder also praised Virat Kohli's captaincy and said he has done a great job with the Indian team.

"He (Kohli) has done a great job with the Indian team. He has been playing so well in all formats. Whatever he is doing right now is certainly working and the team is responding to his leadership," he added.

Asked if India could dominate in the manner done by Australian sides of the past led by Steve Waugh and Ricky Ponting, he said, "it is going to be hard to replicate..but there is no reason why India can't do it."

Watson also said Australia was doing well and had depth and felt the team was stronger following the return of Steve Smith and David Warner from ball-tampering bans.

"The Australian team has had its issues in the last year or so. Now that Steve Smith and David Warner have come back and settled well, it has got a very strong team. There is a really good No 3 in Marnus Labuschagne, who did a great job during the Ashes. The fast bowlers are very good and there is depth in the department and Nathan Lyon are performing too. We have got strong depth," he added.

About his batting with a bloodied knee during the IPL 2019 final against Mumbai Indians which CSK lost, the veteran all-rounder said he wasn't really aware of it.

"I wasn't really aware of it. You don't worry about something which you don't know. All I thought about was what the score was and how many runs we needed to get," he added. 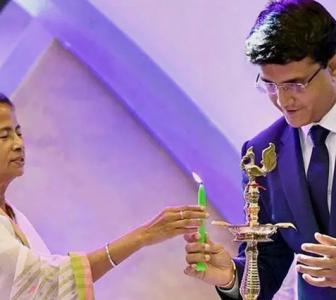 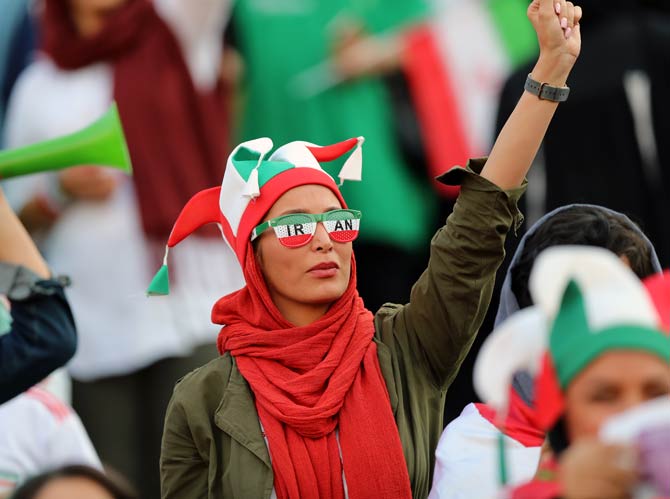