'A player like Hardik should have the freedom to work on his game, and he's getting that at Gujarat Titans'

'Good cricketers, good leaders in particular keep their best for the best of times and that's Hardik Pandya (for you) right now' 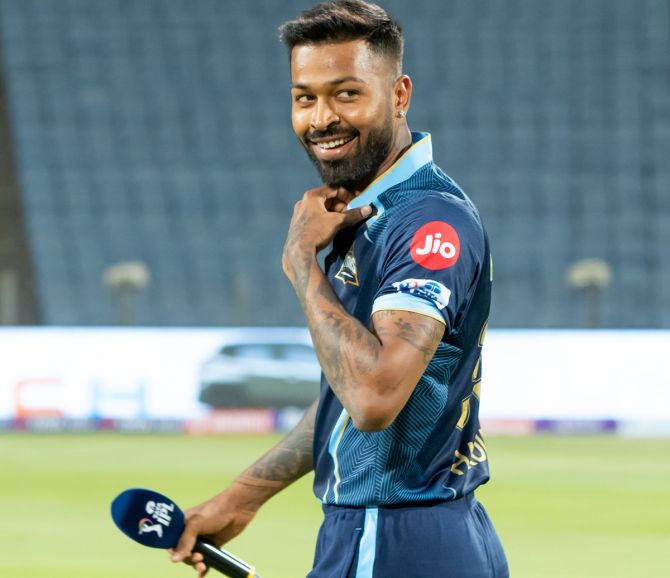 Newbies Gujarat Titans became the first team to qualify for the playoffs in the IPL 2022 on the back of scintillating performances in the league stage.

Titans, under the leadership of their charismatic skipper Hardik Pandya, humbled debutants Lucknow Super Giants in their latest game by 62 runs and confirmed a playoff berth in style. With 9 wins and 18 points in their kitty, Titans are placed comfortably at the top of the points table in the IPL 2022 and they also look favourites to finish in the top two.

Proving the cricket pundits wrong with their game, the Titans have been a team to beat in the 15th edition of IPL and Hardik Pandya has emerged as the best captain of the tournament so far.

Without any prior experience in captaincy, Hardik proved the naysayers wrong with his leadership skills and street smart decisions.

The way Hardik is marshalling his troops is simply amazing and as a result, the team sees a new match-winner in every game. The decision to hand over a debut cap to an uncapped R Sai Kishore at the business end of the tournament also shows the confidence of the team management and the skipper in its bench strength.

Hardik has impressed with his astute captaincy moves. Experts reckon the added responsibility of leading the franchise is bringing the best out in the star India all-rounder.

Former Australian cricketer Matthew Hayden reckons Hardik is showing all the qualities of a good leader in the ongoing tournament as he keeps performing well against big teams.

Speaking on Cricket Live on Star Sports, Matthew Hayden said: "Good cricketers, good leaders in particular keep their best for the best of times and that's Hardik Pandya (for you) right now. He's performing well in all departments. I love his energy and the enthusiasm that he brings to the table."

Hardik has returned to the cricket pitch after recovering from an injury but he's showing no signs of fatigue or inhibitions. The Baroda all-rounder has amassed 344 runs in 11 games at an impressive strike rate of 131.80. Hardik has notched up three half-centuries in the most exciting IPL season and leading by example in all three departments.

Gavaskar said, "Hat's off to the hard work he's been putting in. He didn't play a lot of cricket before the IPL because he was recovering from an injury. (Now) Look at the discipline he's showing in his batting. He's batting well in the powerplay and making full use of the field restrictions, he's doing exceedingly well in the field and getting better with every game."

Former Indian cricketer Harbhajan Singh - who has shared the dressing room with Hardik during his stint with Mumbai Indians - believes a player like Hardik requires a breathing space and he's getting that freedom from Gujarat Titans think tank.

Harbhajan said, "A player like Hardik should have the freedom to work on his game, and he's getting that at Gujarat Titans. For me, he is the best captain in this season so far. He is taking responsibility. Now he is bowling his full quota of four overs. He is leading the team from the front and has made a habit of scoring consistently with his bat. He always looks to motivate his teammates."

Former Indian cricketer Mohammad Kaif - who has plied his trade both as a player, as well as a coach, in the IPL - claimed Hardik is relishing the responsibility and that is why his game is looking more balanced.

He said: "Hardik is now a changed player. As a captain, he is taking the responsibility of leading the team's middle-order seriously, and scoring heavily. You can see, he is not getting overly aggressive this season, which is a major shift in his batting approach from the previous seasons."

The table-toppers Gujarat will next clash with defending champions Chennai Super Kings on Sunday at the Wankhede Stadium. 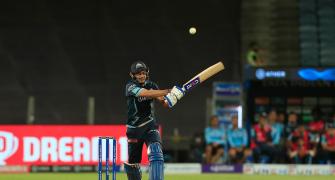 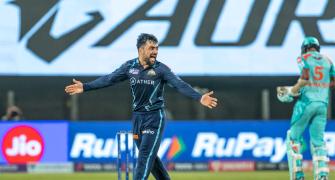 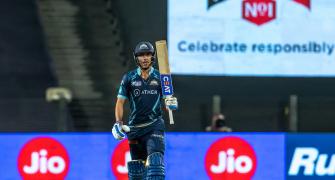 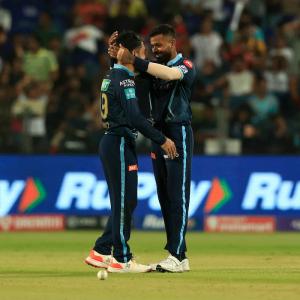 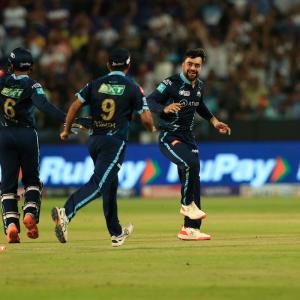