Off-spinner Krishnappa Gowtham grabbed a six-wicket haul before the West Indies bowlers struck back to put India A in a spot of bother at 23 for three in the third unofficial Test in Tarouba, Trinidad and Tobago, on Wednesday.

On a day dominated by bowlers, Gowtham (6/67) foxed the opposition batsmen as West Indies A were bowled out for 194 in the first innings, which left them trailing by seven runs.

However, the hosts came back strongly right before stumps to reduce India to 23 for three at the end of day two. Krishnappa Gowtham had figures of 6 for 67 against West Indies A on Wednesday. Photograph: BCCI

The home side resumed at the overnight score of 23 for one, with comeback-man Umesh Yadav (2/29 off 16 overs) bowling an economical spell while also picking up the wickets of Akim Frazer and Brandon King to reduce West Indies A to 36 for three.

For the hosts, opener Jeremy Solozano (69 not out) and Sunil Ambris (43) tried to resurrect the innings by stitching a 66-run partnership but the latter was trapped leg before wicket by Shivam Dube.

After skipper Hanuma Vihari handed the ball to Gowtham, who had dismissed opener Montcin Hodge (15) on the opening day, the 30-year-old wrecked havoc in the opposition camp by claiming the scalps of the five of the last six West Indies A wickets.

With a slender lead of seven runs, India A looked to put up a decent target but their batsmen failed to reach double digits as pacer Chemar Holder (2/24) provided early breakthroughs by sending openers Priyank Panchal (3) and Abhimanyu Easwaran (6) back to the pavilion.

Mayank Agarval was next to depart (5).

This was after West Indies A bowled out India A for a meagre 201 in their first inning.

Skipper Vihari (55 off 139 balls) and wicket-keeper batsman Wriddhiman Saha (62 off 66 balls) bailed India A out, stitching a crucial 86 runs for the fifth wicket after the visitors 48 for four.

India U-19, Bangla U-19 spilt points after wash out

Rain played spoilsport as the youth one-day tri-series match between India U-19 and Bangladesh U-19 was abandoned with the two teams sharing the points in Beckenham, UK.

Captain Subhang Hegde top-scored with a 69 off 97 balls while Sameer Rizvi made 44 off 32 deliveries as the duo revived the innings after a top-order collapse.

At one stage, India U-19 were reduced to 65 for 4 in the 15th over with openers Priyesh Patel (8) and Tilak Varma (1) getting out cheaply. One-down Pragnesh Kanpillewar contributed 21 while number four Shashwat Rawat was dismissed for 9 runs.

Down the order, Divyansh Saxena (37) and Karan Lal (25) also made crucial contributions and shared 73 runs between them for the seventh wicket.

For Bangladesh U-19, Shoriful Islam, Avishek Das and Shamim Hossain took three wickets apiece while Shahin Alam got one.

The Bangladesh U-19 run chase began after a short delay due to rains that came down shortly after India's innings. Vidyadhar Patil provided early breakthroughs by sending both the openers back to the pavilion.

The Indian innings was also interrupted twice due to rains. 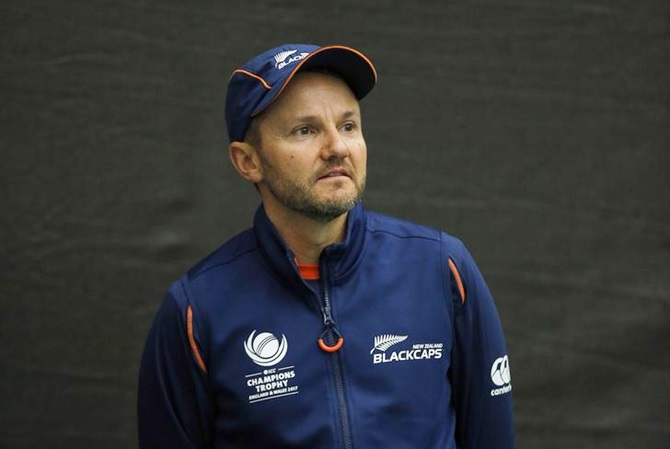 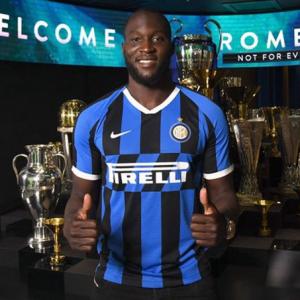