A High Court order which has asked Rajasthan Cricket Association (RCA) and the State Government to sign an Memorandum of Understanding (MOU) for Sawai Man Singh Stadium has raised the hopes that Jaipur might host Rajasthan Royals' home matches in upcoming IPL VI.

The deadlock between the RCA and the Rajasthan State Sports Council (RSCC) over the MOU regarding the use of the Sawai Man Singh had compelled the BCCI to prepare Ahmadabad and Rajkot as the alternative venues for the home matches of Rajasthan Royals.

The MOU between the RCA and the RSSC had expired in July last and the latter was reluctant to renew it owing to violations by RCA and its denials to clear the dues which amounted to corers.

The RCA had built pressure by refusing to bow to the demands of RSSC and the State Government, sidelining the RSSC, had then constituted a three member committee headed by Chief Secretary which had asked the RCA to deposit portion of dues.

The State Government had also written to BCCI directly but it almost sure that the Rajasthan Royals would play at Ahmadabad and Rajkot.

A public writ petition by Vinod Singhal had demanded that the Government and the RCA sign an MOU to pave the way for holding the IPL-6 matches.

After hearing in the High Court Justice Vinod Kumar Jain and Veena V. ordered the RCA and State Government to sign a MOU within three days and gave the deadline of 11th February. The order also said that there would be no role of RSSC and the RCA would hand over post dated cheque of Rs. 20,00,000(Twenty Lakh) per match.

An official of the RCA said that the order has paved the way for the IPL-6 matches.

"We agreed to the MOU proposed by Government but we were ready to deposit the so called dues. Now the order makes it clear that for now all past matters should be kept aside. It is up to the BCCI to decide but we need the ground early to bring it back to shape," he said. 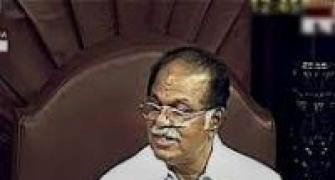 Jaipur still sure not of hosting IPL 6 matches