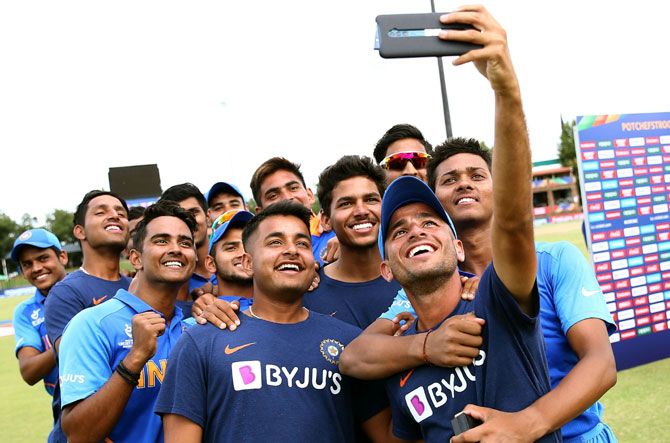 IMAGE: India's players pose for a selfie after trouncing Pakistan in the semi-finals of the Under-19 Word Cup, in Potchefstroom, South Africa, on Tuesday. Photograph: ICC Business Corporation FZ LLC 2018

India Under-19 captain Priyam Garg wants to continue focussing on the process with "another step" left for what his team had set out to achieve.

The defending champions crushed Pakistan by 10 wickets in Potchefstroom, South Africa, on Tuesday, as India made it to their third successive Under-19 World Cup final.

"We are happy. It's one more step towards what we set out to achieve when we started out. I would want us to follow the same process as we have done. We have to approach the final just as another game that we have to play," Garg said at the post-match presentation ceremony on Tuesday.

"This is the best attack of the tournament, because all our fast bowlers hit 140-plus consistently, and the spinners hit the right lines and lengths," said Garg.

He was lavish in praise of openers Yashasvi Jaiswal and Divyansh Saxena, who added 176 runs for the unbroken opening stand.

"This isn't the first time. They have done this for the past one year. They bond well, and that leads to good running between the wickets and good communication. They play together a lot, and this helps them complement each other," Garg added. 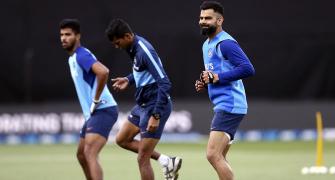 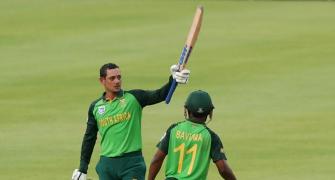 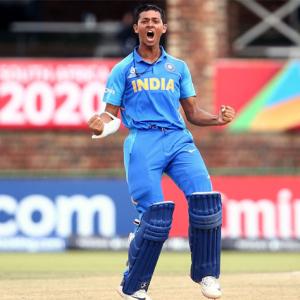 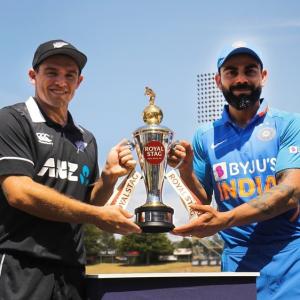