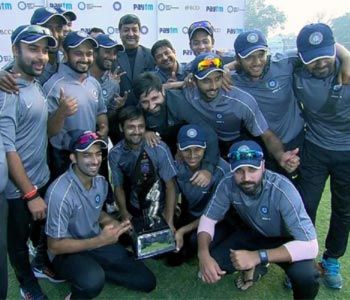 Faiz Fazal hit a century to steer India 'A' to the Deodar Trophy title following a comprehensive 87-run victory against India 'B' in the final, in Kanpur, on Friday.

Kedar Jadhav provided the boost in the final over, as he slammed a quickfire 58 off 39 balls.

Fazal and Vijay batted for more than 31 overs during their partnership. The Vidarbha captain hit nine boundaries and three sixes -- one each of Pawan Negi, Karn Sharma and Baba Aparajith. Vijay was more patient playing 91 balls for his 69 with three fours and equal number of sixes.

India 'B' lost the match inside the first 15 overs with half of the team back in the hut for 54 runs.

Skipper Unmukt Chand (8), Mayank Agarwal (3), Shreyas Iyer (24), Bapa Aparajith (0) and Dinesh Karthik (12) were back due to some fine bowling by pacers Das and Aravind, who accounted for four of the first five wickets.

Suryakumar Yadav (45) and Binny added 62 runs for the sixth wicket but were not able to prevent their team from going down.

Image: India 'A' celebrate after winning the Deodhar Trophy final against India 'B' in Kanpur, on Friday. 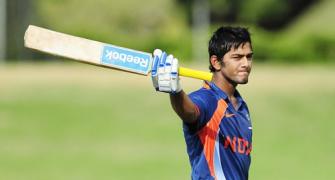 Unmukt powers India B to victory in Deodhar Trophy 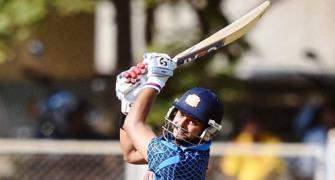 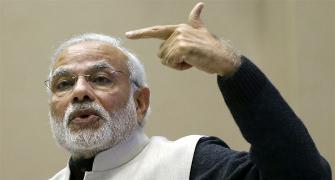 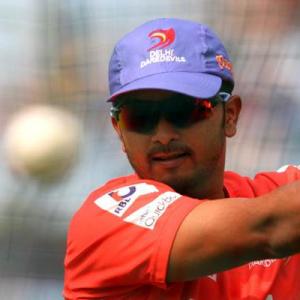 Parthiv's ton in vain as India A beat Gujarat 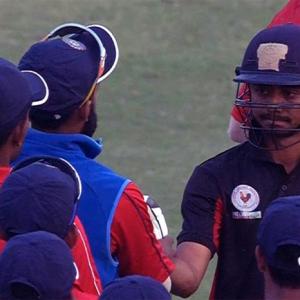 Gujarat lose to India 'B' despite Gandhi's unbeaten century