'I think there'll be a huge fallout from this (defeat). There's not too many times that you lose to the second or third (choice) side.' 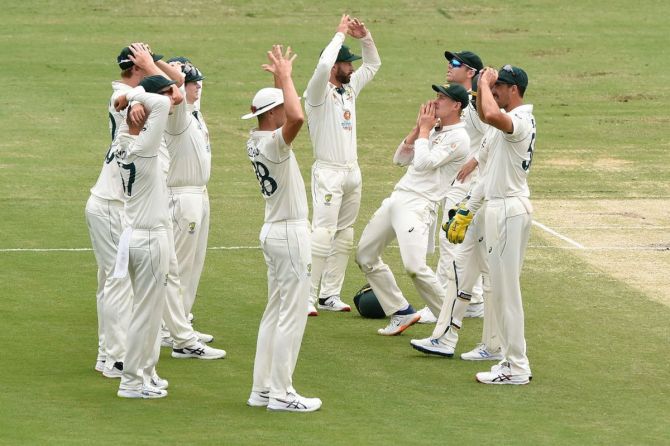 IMAGE: 'Australia had so many chances in this series to bury it and crush India, but they couldn't do it. They just couldn't do it'. Photograph: Matt Roberts/Getty Images

While Australia emerged with few injuries from the epic test series against India, the players' egos suffered heavily in defeat and may take time to recover from their bruising.

Pace spearhead Mitchell Starc will head to Sydney for scans on his right hamstring, while opening batsmen David Warner (groin) and Will Pucovski (shoulder) will look to recover from their injury issues before the yet-to-be-confirmed tour of South Africa next month.

Other players will return to their teams in the domestic Big Bash League but their welcome will be muted compared to a year ago, when they arrived as winners after whitewashing Pakistan and New Zealand in successive test series.

The 2-1 series defeat to Ajinkya Rahane's India, a side stitched together with debutants and net bowlers by the time of the Brisbane finale, hammered home an uncomfortable truth for home fans: Australia are simply not as good as they thought.

"I'm quite shocked that Australia weren't quite good enough to win this series," former captain Ricky Ponting said on a Cricket Australia website in the wake of the three-wicket defeat in the Gabba decider.

"The cold hard facts of it are pretty much that was the India A team that played this test match and (India) still won.

"That's a real concern for Australia."

Pundits tipped a whitewash for Tim Paine's side after they bowled India out for 36 in winning the Adelaide opener.

Yet Australia ended up embarrassed after their vaunted attack proved incapable of dismissing India twice in Sydney and Brisbane, despite ample time to do so on fifth-day pitches.

Questions will be asked about selectors' faith in Starc after the left-armer managed only 11 wickets at an average of over 40.

Spinner Nathan Lyon also had a forgettable series, with his 100th test at the Gabba spoiled. He finished with nine wickets at an average of 55.11 and fell one short of 400 test victims.

Marnus Labuschagne and Steve Smith topped the batting in the series but had little help from the other specialist batsmen.

Selectors have a middle order problem, having dropped Travis Head mid-series and got little out of Matthew Wade.

Paine's captaincy is also under scrutiny but there are no credible alternatives.

For all their problems, Australia did not leave the series empty-handed. Young all-rounder Cameron Green showed plenty of promise with the bat, if not yet the ball.

A late arrival due to concussion, Pucovski shone with a half-century on debut in Sydney before injury struck again.

Australia have always proved quick to regenerate and tend to rebound quickly when their pride has been stung.

"My message to our players will be that we’ve got another opportunity in a month or so’s time," said Paine.

"We learn from our errors and our mistakes in this series and we look to get better in the next one."

Legendary Shane Warne also weighed in on the fate of the series and reckons that the embarrassing Test series loss to an under-strength India will result in a "huge fallout" in the Australian team and said a few heads could roll in the coming days.

"I think there'll be a huge fallout from this (defeat). There's not too many times that you lose to the second or third (choice) side," Warne was quoted as saying by Fox Cricket.

Warne was, however, effusive in his praise for the Indian team which braved injuries to its key players and absence of regular skipper Virat Kohli after the first Test on paternity leave to emerge triumphant.

"That's not taking anything away from those Indian guys that played but their first selection side, there's probably only two or three players in that side who would play."

"Australia had so many chances in this series to bury it and crush India, but they couldn't do it. They just couldn't do it," he said.

Warne was also critical of Tim Paine's captaincy and said the wicketkeeper didn't own up responsibility for his failed tactics.

"I think at times their tactics haven't been good enough, and I suppose that's got to come down to Tim Paine as captain," he said.

"It's not just Tim Paine's fault, the bowlers are allowed to say 'Tim I want to do this', so it's a combination between the bowlers and the captain. But at the end of the day, you are captain, you have to take responsibility. He'll be disappointed." 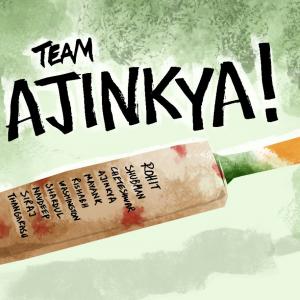