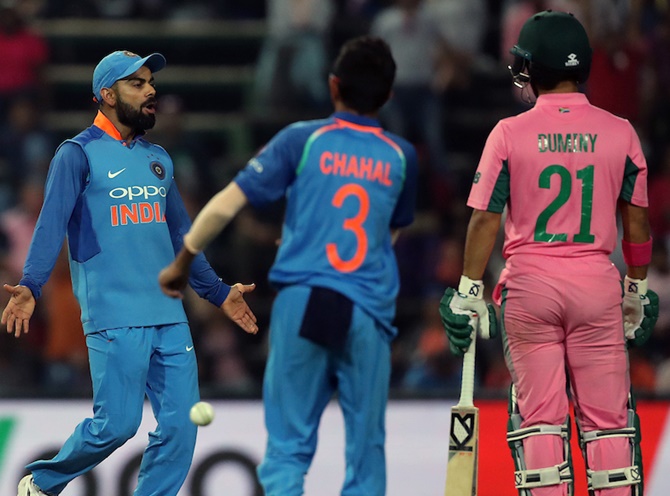 India did not bowl Bhuvneshwar Kumar and Jasprit Bumrah at the death in the fourth ODI and instead opted for the wrist-spinners, a move that backfired and South Africa's Heinrich Klaasen said he was surprised by the decision.

India skipper Virat Kohli did not bowl Kumar and Bumrah at the death even as the wrist-spinners were leaking runs.

"I was very surprised," Klaasen said about Kohli's strategic call to keep Kumar and Bumrah away from the action at the death after South Africa's target was revised.

"David (Miller) and I thought they would have kept them (the pacers) at back for two overs each. But I think how this series went that led them to bowl their spinners for the remaining of the overs. But I was very surprised about it."

Kohli's decision didn't work as the spin duo failed to contain the Proteas for once, leaking 119 runs in 11.3 overs for just 3 wickets between them.

The 26-year-old wicket-keeper batsman, who replaced injured Quinton de Kock, said that it was Yadav who had worried the Proteas in the series so far with his variations.

"I wouldn't say (we have solved the spin riddle). The problem at beginning of series was that we didn't pick the chinaman (Yadav). That obviously makes the difference not to be able to score against him," said Klaasen, who played a blinder of knock (47 off 27 balls) on Saturday night.

Klaasen proved to be the real difference as he punished the spinners with a plethora of inventive shots, and chased umpteen wide deliveries, hitting them in an unorthodox manner.

But the batsman it was a calculated risk which he took against the spinners.

"That's where the gaps were...that was my only boundary option. He bowled quite wide and got a lot of turn and bounce, that was my gutsy shot at that moment and I pulled it off," said Klaasen.

"So we were very calculated in our approach there. Maybe it didn't look like it! But it was all calculated and planned out, what we wanted to do."

Klaasen said the five-wicket win in the Pink ODI will give his side a massive boost in the series.

"This is a massive confidence booster for us. We didn't have the confidence earlier, but it has lifted our spirits. It has given belief in the dressing room," he said.

"It is also nice to have AB de Villiers back again. The environment changes when he comes back. He is a huge influence in the change room," he added.

South Africa's target was revised to 202 from 28 overs following two rain interruptions. But despite the loss of AB de Villiers for only 26, Klaasen and David Miller took the Proteas home.

The turning point came when Miller was dropped on 6 and then bowled off a Chahal no ball on 7. He went on to make 39 off 28 balls and changed the momentum.

“I knew between myself and David, we could let that run- rate go up till about probably 12-13, especially at the Wanderers where the ball tends to fly quite a bit," he said.

"It was definitely a momentum changer for us, getting that free hit on David's wicket. He's a cool, calm and experienced cricketer."

Klaasen said he was confident of pulling off the chase even after de Villiers dismissal.

"You need to keep that cool and calm composure and luckily Andile (Phehlukwayo) took all that pressure off me with some big hits," he said.

Klaasen said that it was a huge personal achievement for him to take South Africa to victory after having scored just 6 runs on his ODI debut at Cape Town.

"But to put in a performance like today, to take that second opportunity obviously boosts my confidence a lot. I needed to recover quickly as well. This knock will do a world of confidence for me," he added.

At one stage India were on course for a total in excess of 300 but some brilliant death bowling by South Africa restricted them to 289 for 7.

“Morrie (Chris Morris) and KG (Kagiso Rabada) are bowling very well. I think India were looking at 340 at some stage, so all credit needs to go to the bowlers to restrict them and get us back into the series," Klaasen said. 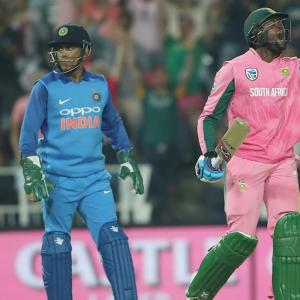 4th ODI: Dhawan ton in vain as South Africa fight back in series 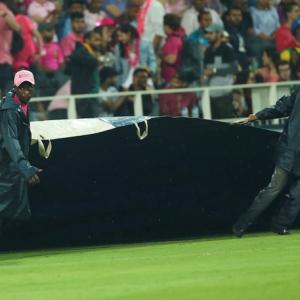