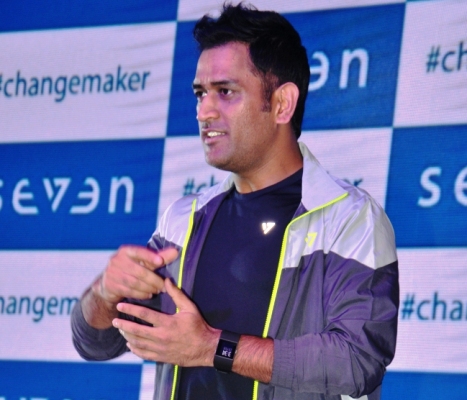 India's limited overs captain Mahendra Singh Dhoni has made it clear that he is not retiring from international cricket anytime soon.

The 34-year-old Dhoni had called time on his Test career in the middle of the away series against Australia in December 2014.

Dhoni, who guided India to two world titles - inaugural World T20 in 2007 and World Cup in 2011 - besides overseeing the country's rise to the pinnacle of Test ranking, is seeking to regain the trophy he won nine years ago in South Africa.

"After the Asia Cup T20 and World T20 there is the Indian Premier League. And then the team is mostly playing Test cricket and about five to six ODIs, which will be over quickly," Dhoni said on the sidelines of a launch of a lifestyle apparel brand.

The World T20 starts from March 8 and will conclude on April 3.

Dhoni overcame his captaincy woes with back-to-back T20I series wins in Australia and at home against Sri Lanka recently, but his run with the bat remained dry and he is looking hard to regain the touch of old times.