IMAGES from Day 3 of the 3rd Ashes Test played between Australia and England at the MCG on Tuesday.

Australia retained the Ashes with a thumping innings and 14-run win over England in the third Test in Melbourne on Tuesday, with paceman Scott Boland taking a six-wicket haul in a fairytale debut.

Boland, only the second Indigenous Australian to play a men's Test match, strolled off the Melbourne Cricket Ground turf with a stump and astonishing innings figures of 6-7 as England's batsmen capitulated for 68 before lunch on Day 3.

"I thought we had a pretty good chance of winning but I had no idea we would do it before lunch," said Victorian Boland, who won the Johnny Mullagh medal as player of the match in front of his home crowd.

"That's my best ever figures ... Nothing happened that quickly.

"Obviously I thought (debuting) was going to be really tough, a big step up from anything else I'd played before. I was hoping to make a bit of an impact.

"I'd like to thank the crowd so much for the support over the last three days, I really appreciate it," added the 32-year-old.

England had resumed on 31 for four, their faint hopes pinned on captain Joe Root and Ben Stokes building a partnership after another calamitous batting collapse late on Day 2.

But it all went up in smoke as paceman Mitchell Starc bowled Stokes for 11 before Boland started an incredible spell of fast bowling in front of a sun-drenched crowd of 40,945.

He had Jonny Bairstow lbw for five, Root out for 28 and tailenders Mark Wood and Ollie Robinson each out for ducks.

All-rounder Cameron Green capped England's humiliation by having James Anderson bowled for two before the stroke of midday.

Australia sealed the series 3-0 ahead of the remaining two Tests in Sydney and Hobart.

"Just an awesome few weeks, so proud of the group here and just everything's clicked," said Australia captain Pat Cummins, who led his side with aplomb as a late replacement for Tim Paine before the series.

"So happy for Scottie in front of his home crowd today, just an amazing feeling."

England have only pride to play for but appear to have little left in reserve, with their top order a massive problem.

Their batsmen were skittled for 185 in the first innings and have yet to reach a total of 300 in the series. 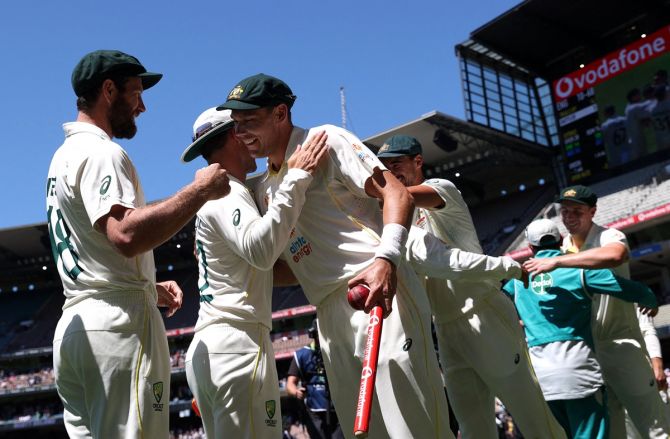 IMAGE: Scott Boland celebrates with teammates after destroying England with figures of 6 for 7, as Australia won the third Ashes Test, at the Melbourne Cricket Ground, on Tuesday. Photograph: Loren Elliott/Reuters

"Credit to Australia, they blew us away last night and they've outplayed us in this test match and in this series so far," Root said.

"We've got a lot of hard work to do to make sure we come back strong in the last two games."

© Copyright 2022 Reuters Limited. All rights reserved. Republication or redistribution of Reuters content, including by framing or similar means, is expressly prohibited without the prior written consent of Reuters. Reuters shall not be liable for any errors or delays in the content, or for any actions taken in reliance thereon.
Related News: Victorian Boland, Joe Root, England, Australia, Mitchell Starc
COMMENT
Print this article 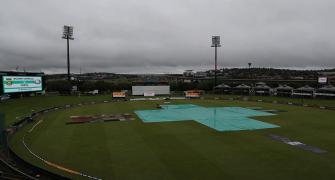 SA vs Ind: Rain washes out play on Day 2 at Centurion 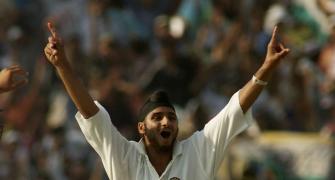 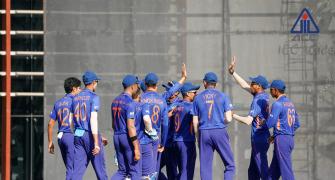 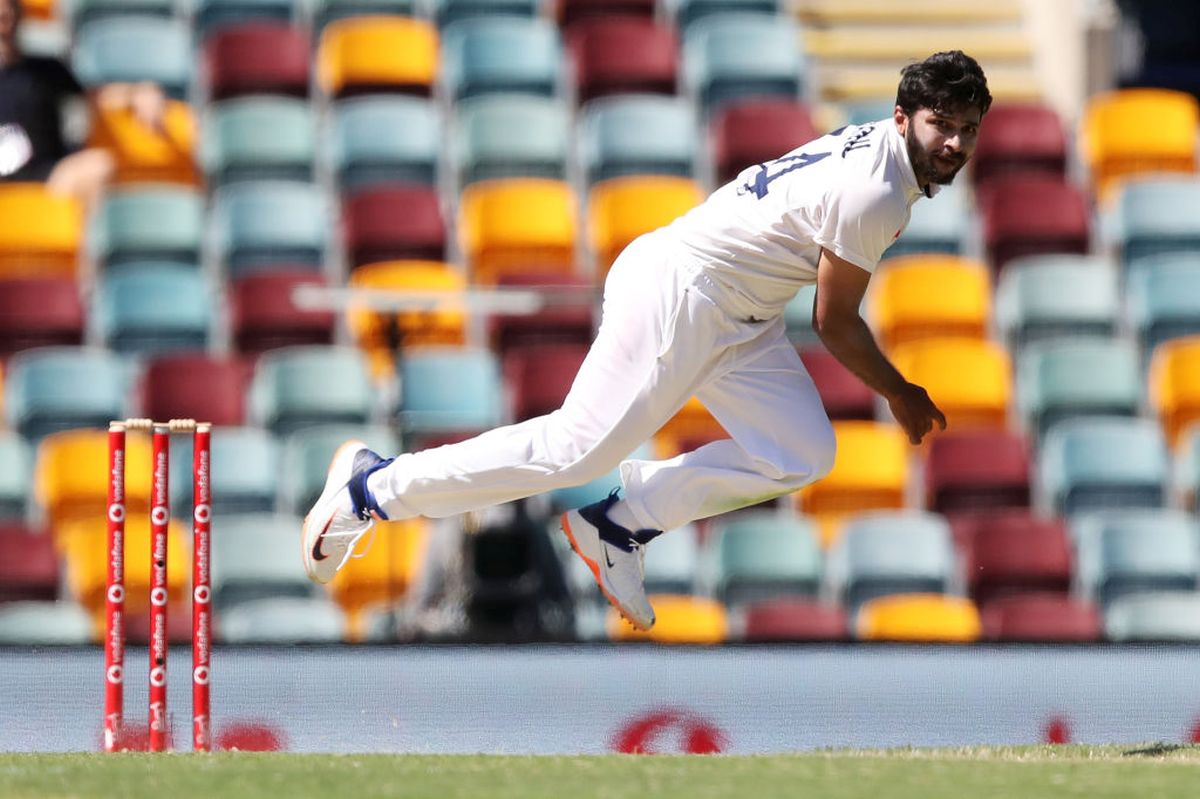