Pawan Negi, who became a household name for his whopping Rs 8.5 crore ($1.25 million) bid, has been released by Delhi Daredevils along with five other players for the upcoming season of the Indian Premier League (IPL). 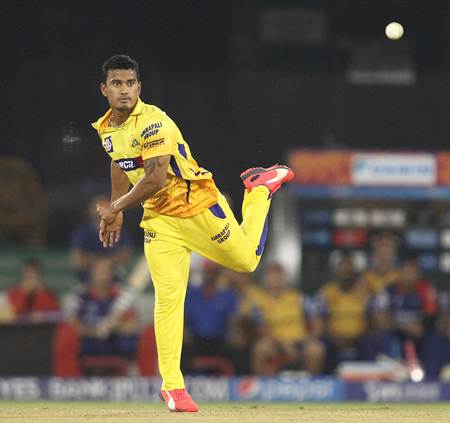 Negi, who was bought by Daredevils after an intense bidding war with Rising Pune Supergiants, played eight matches with disastrous results of 57 runs and a total of nine overs in which he went for 84 runs.

"Yes, we have decided to release Pawan Negi. Obviously, the performance was a factor. The cost (Rs 8.5 crore per season) was way bit too much," a DD official told PTI on conditions of anonymity.

But post auction, life has not been a bed of roses for the young left-arm spinner, who only got to play one match for India in Asia Cup against UAE and warmed the benches till the end of the ICC World T20.

Worse, he is not among the top two left-arm spinners in Delhi state side as Manan Sharma and Varun Sood play in Ranji Trophy. Negi was not even selected in Delhi's eight Ranji games.

There is full possibility that Negi might go unsold during next year's auction as neither Vijay Hazare Trophy nor Syed Mushtaq Ali Trophy will be happening before the auctions.

Asked about the logic of buying Negi at such an exorbitant price, the source said: "One needs to understand that we needed an Indian all-rounder last year. The Indian all-rounders were at premium and that's why Negi's price shot up. Also Pune bid for him and that led to a bidding war. It can happen at auctions."

Some of Delhi's big budget purchases has been baffling over the years including buying Yuvraj Singh for 16 crore during the 2015 auction. It was a time when Yuvraj was no

longer a force to be reckoned with and did not win a single big game for the franchise only to be released next year.

Tahir had a good first season with Daredevils but only five wickets from four games did not do his case any good.

"Tahir's performance last year has not been up to the mark. Also the moment we use him, we exhaust an overseas quota. As far as Coulter-Nile (3 wickets in 4 games) is concerned, he also had fitness issues," he added.

As far as the Indian trio of Herwadkar, Lomror and Suyal are concerned, none of them played a match last year and there is even lesser chance for them to play this year.

The notable names that have been retained are current India internationals Mohammed Shami, Jayant Yadav, Karun Nair along with Rishabh Pant, Sanju Samson, Chris Morris.      Daredevils will be eyeing a second pacer alongside Shami and could look at Ishant Sharma, who has been released by Rising Pune Supergiants.