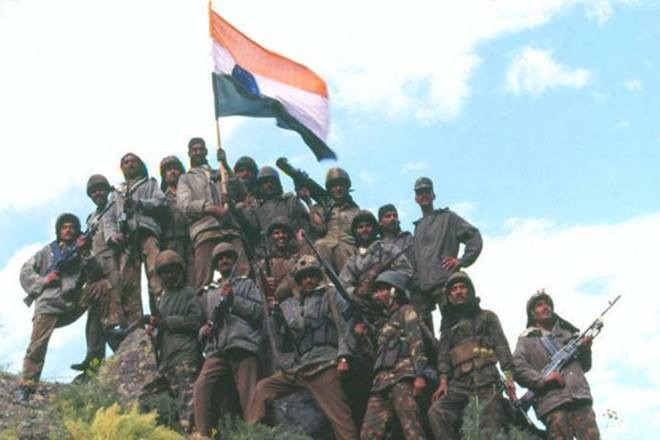 Marking the 21st 'Kargil Vijay Diwas' on Sunday, the cricket fraternity paid tribute to the soldiers and saluted their 'valour and courage'.

"The countless stories of valour & selfless sacrifices of our Defence Forces during the Kargil War are awe-inspiring. We shall always remain indebted to their service to our nation! #KargilVijayDiwas," Sachin Tendulkar tweeted.

Indian skipper Virat Kohli took to Twitter and wrote, "Saluting the valour and courage of our brave hearts of the Indian Armed Forces who laid down their lives fighting for our Nation, all to keep all of us safe. Jai Hind #KargilVijayDiwas."

"Big salute and remembering the brave hearts of our country on this special day for constantly put their body on the line for us #KargilVijayDiwas," Rohit Sharma tweeted.

Former cricketer VVS Laxman also paid tribute as he wrote, "Tribute to all the bravehearts on #KargilVijayDivas . Always indebted to the gallantry and sacrifice of our armed forces. Jai Hind !"

The Indian armed forces had defeated Pakistan on July 26, 1999. Since then, the day is celebrated as 'Kargil Vijay Diwas' to rekindle the pride and valour of the soldiers who took part in Operation Vijay.

The day marks the victory of Indian soldiers in recapturing the mountain heights that were occupied by the Pakistani Army on July 26, 1999, known as the Kargil War.