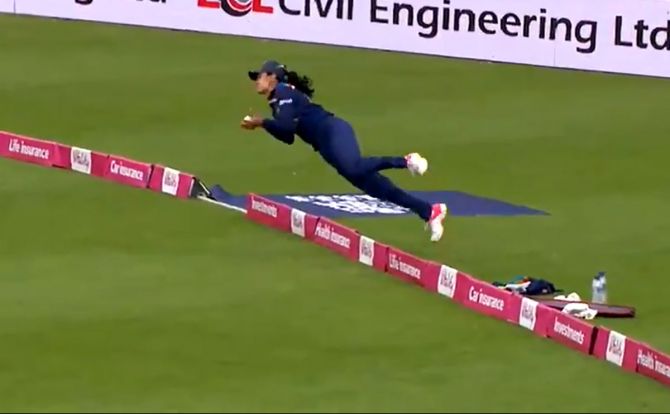 Harleen Deol took a sensational catch at long-off, which is being hailed by many as one of the best catches ever seen in cricket, in the first India-England T20 International in Northampton on Friday, July 9, 2021.

Amy Ellen Jones charged and lofted pacer Shikha Pandey down the ground in the 19th over. The ball all looked set to clear the long-off fence, but Harleen put in a superwoman effort to deny the England batter.

Harleen took a well-judged catch leaping high with her hands stretched high as the momentum carried over the ropes.

She did well to flick the ball before she got back inside the boundary and put in the dive to complete a stunning catch.

As her team-mates hugged Harleen, their opponents applauded the magnificent catch.

'As good a catch one will ever see on a cricket field, from Harleen Deol. Absolutely top class,' tweeted V V S Laxman.

'That was a brilliant catch @imharleenDeol. Definitely the catch of the year for me!' agreed Sachin Tendulkar. 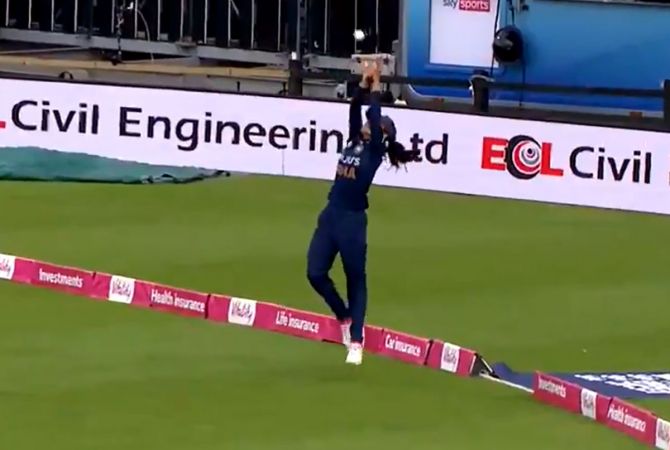 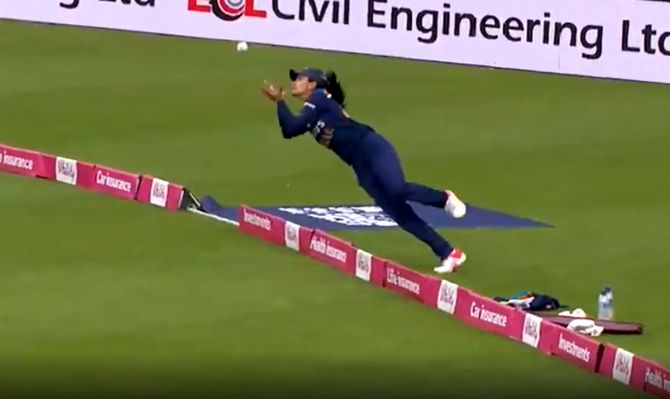 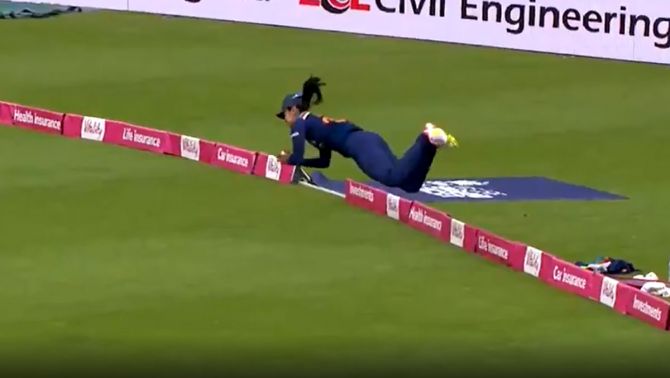 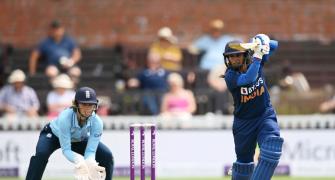 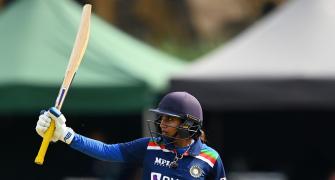 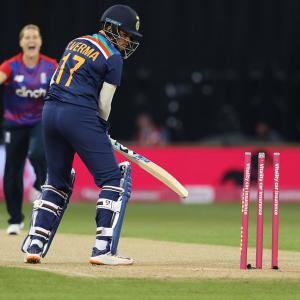 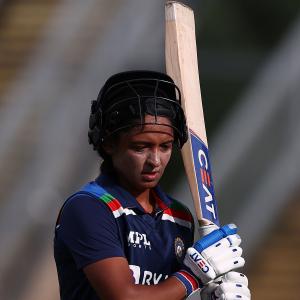