Can India's strong batting make up for depleted bowling? IMAGE: Suryakumar Yadav has been in blistering form in T20s and is now 2nd ranked in the format. Photograph: BCCI

Hampered by injuries to key players, India will need their batters to find an extra gear in Australia to compensate for their bowling limitations if they are to lift the T20 World Cup trophy for a second time.

India, who won the first edition of the tournament in 2007, lost fast bowling spearhead Jasprit Bumrah to a back injury and all-rounder Ravindra Jadeja to a knee problem in the lead-up to the event. Later seamer Deepak Chahar was ruled out with a stiff back.

Bumrah's absence will not only rob India of his new ball skills but Rohit Sharma's team will also miss his pinpoint yorkers and variations in the death overs.

Jadeja required surgery on the injured knee and his accurate bowling in the middle overs, hard-hitting batting lower down the order and electric fielding will leave a gaping hole in the side.

"Injuries are part and parcel of the sport, there is nothing much that can be done about it," Rohit told reporters.

"When you play so many games, injuries are bound to happen.

"Our focus in this last year was that we should build our bench strength."

IMAGE: Mohammed Shami who has been drafted in as replacement for injured Jasprit Bumrah put on an impressive show in the warm-up match against Australia. Photograph: Mohammed Shami/Twitter

The experienced Mohammed Shami was drafted in for Bumrah but has not played any international cricket since July, while left-armer Axar Patel will have big shoes to fill as Jadeja's replacement for India, who open their campaign against arch-rival Pakistan on Sunday.

Rohit, KL Rahul and Virat Kohli make up the top three of India's batting line-up but it will be the middle order of Suryakumar Yadav, Hardik Pandya and either Rishabh Pant or Dinesh Karthik that will hold the key to their title hopes.

Karthik has been a revelation with his versatile batting and finishing capability but the lack of left-handers in India's batting line-up could make a case for Pant's inclusion, at least in some games, at number six.

India's middle order can be called upon to make up for slow starts and add those extra runs to provide a bit more of a cushion to their bowlers.

"I've been part of the system for the last seven years as coach and now watching it from outside, this is the strongest batting line-up India has had, if you look at youth, experience, at players peaking in this format of the game," he said. 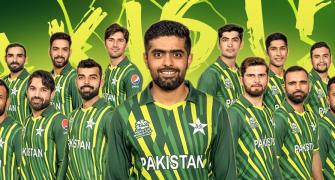 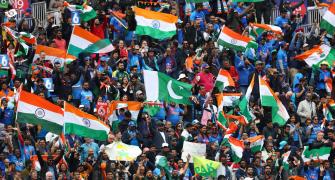 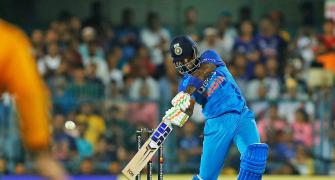 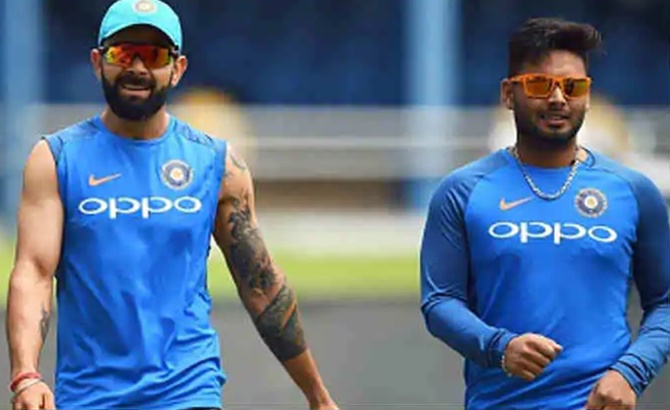 Here's what Rishabh Pant has learnt from Kohli