The Sydney outbreak had an impact on the broadcasters, with former Australia pacer and Fox Cricket commentator Brett Lee deciding to return home in northern Sydney. 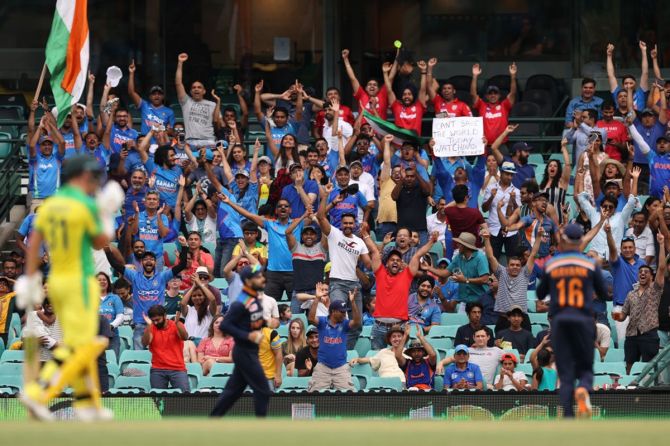 IMAGE: Indian fans react as Virat Kohli takes a catch to dismiss Aaron Finch during the second ODI between Australia and India at the Sydney Cricket Ground, on November 29, 2020. Photograph: Cameron Spencer/Getty Images

Cricket Australia asserted that the third Test of the Border-Gavaskar Trophy against India is not threatened by a fresh COVID-19 outbreak in Sydney even though the situation is being closely monitored.

Australian cricket officials were put on alert after the number of cases in the northern beaches outbreak in Sydney reached 28 on Friday.

The third Test between India and Australia at the SCG is scheduled to get underway on January 7.

"There's been lots of discussion and meetings of our medical experts, but this is the reason why throughout the summer we've had our players in bubbles in the hub," CA's interim chief executive Nick Hockley told SEN Radio.

"We're monitoring the situation; we're not panicking at all, staying calm... ... it's really watch, wait and see and I think the governments around the country have handled the pandemic so well, so we'll watch, learn and stay in touch."

On whether the SCG Test was in doubt, Hockley said: "I don't think so - this is the very reason why we have the hubs in place...

"Our medical experts have been working around the clock, we're in very good communication with health authorities around the country. It's one of the things we've had to navigate with getting cricket up safely."

The Sydney outbreak had an impact on the broadcasters, with former Australian pacer and Fox Cricket commentator Brett Lee deciding to return home in northern Sydney.

Three members of the SEN commentary team, which is covering the first Test, have left Adelaide.

Hockley said the governing body has contingency plans in place and stressed that the next three days will be crucial.

"If the game can be played safely (in Sydney) then we'll play it there. That's our starting point, so it's working with the health authorities to ascertain that," he said.

"We started out thinking how to play the full series as safely as possible, and we'll take the same approach over the coming days and weeks.

"We've got contingency plans around a whole range of different options, and we've had to be agile all the way through. We were encouraged that it was 17 cases yesterday and ten today, and we'll see how that plays out over the next 72 hours."

The second Test is scheduled to start at the Melbourne Cricket Ground on December 26 its chief Stuart Fox said they are ready to support CA if need be.

"We hope that doesn't happen to Sydney. We know what it's like to lose a major event. For us, all focus is on the Boxing Day Test," he was quoted as saying by Sydney Morning Herald.

"We're here to support Cricket Australia if need be." 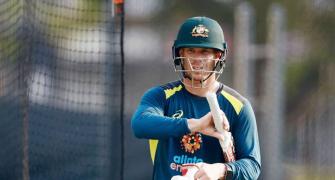 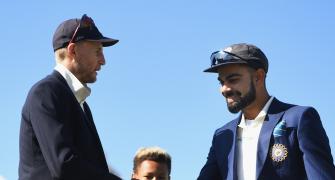 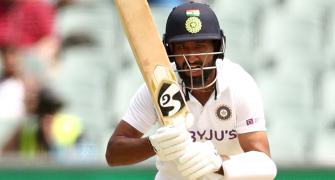 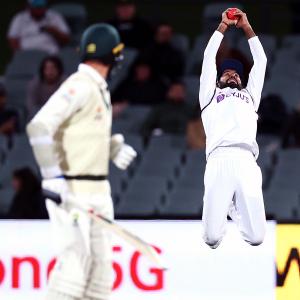