News
Business
Movies
Sports
Cricket
Get Ahead
Money Tips
Shopping
Sign in  |  Create a Rediffmail account
Rediff.com  » Cricket » 'Bumrah will be indebted to Virat, just like I'm grateful to Ramesh'

'Bumrah will be indebted to Virat, just like I'm grateful to Ramesh'

'What if Virat wouldn't have gone for that DRS? It was a brilliant call by the skipper which complemented his magnificent effort.' 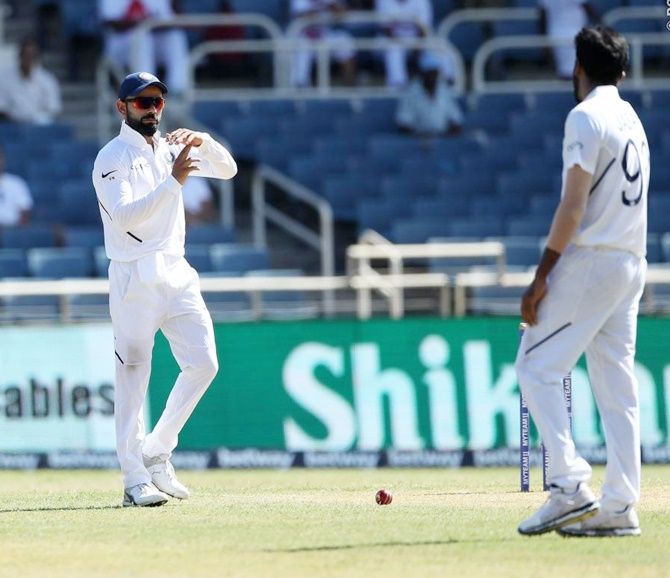 IMAGE: Virat Kohli calls for the DRS after Jasprit Bumrah traps Roston Chase in front of the stumps, on Day 2 of the second Test against the West Indies, in Kingston, on Saturday. Photograph: BCCI

Harbhajan Singh believes Jasprit Bumrah will forever remain indebted to Virat Kohli's "gut feeling", which got him the hat-trick, just as he is grateful to Sadagopan Ramesh for an incredible catch at forward short-leg 18 summers ago.

Harbhajan, India's first-ever hat-trick man in Test cricket, lauded Bumrah, who became only the third (Irfan Pathan was second) bowler from the country to achieve the milestone in the longest format.

In 2001, Harbhajan's hat-trick against the mighty Australians, comprising the likes of Ricky Ponting, Adam Gilchrist and Shane Warne, set the tone for the series.

"This hat-trick belongs to Virat as much as it belongs to Bumrah. The bowler wasn't convinced but the skipper had a gut feeling. What if Virat wouldn't have gone for that DRS? It was a brilliant call by the skipper which complemented his magnificent effort," Harbhajan said on Sunday.

The ‘Turbanator’ still feels that without Ramesh's flash of brilliance, he wouldn't have been able to create history.

"I remember that I discussed with Dada (Sourav Ganguly) and we decided to keep it on stumps and try for a third leg before but Warne flicked it.

"Now to be honest, Ramesh wasn't the most athletic of the guys in that team. Yet, at forward short-leg, he pulled off that stunner with a less than split second reaction time. Whenever I have later met Ramesh, I told him, 'buddy my hat-trick belongs to you'," Harbhajan fondly recollected.

"That's why I believe that some things happen that come together and such a beautiful thing happens. It was Ramesh's brilliance then and it's Virat's conviction now," said the owner of 711 international wickets.

The most endearing memory, according to Harbhajan, is Rahul Dravid's celebration.

"I have never seen Rahul so excited, jumping with joy. Perhaps, he also didn't believe Ramesh can pull off such a catch," he said.

For Harbhajan, Bumrah is the biggest blessing Indian cricket could have had.

"Indian cricket is blessed to have a match-winner like Bumrah. This hat-trick will only help his legend grow; but even without that he is an incredible performer. I mean 5 wickets in 7 overs in last game and 6 wickets in 9 overs in this game. You can't ask for more. He is a rare diamond," said Harbhajan.

What makes it more creditable is that the hat-trick has come in a Test match.

"A hat-trick is always a praiseworthy feat but if it happens in Test cricket, it's all the more creditable," he felt.

"In ODIs, you are always in with a chance in the death overs -- say from 47th to 50th when batsmen are attacking. If they attack you will always fancy your chances of a bowled or a catch in the deep," he explained.

"But in Test matches, it is a different ball game. The batsmen are not always attacking. The defence will be tighter and their skill comes into play. Look at Bumrah's deliveries. The length and how it was tailing in. That's pure skills," he said.

Harbhajan does not like people raising questions about the quality of the West Indies batting.

"Obviously Sir Viv (Vivian Richards) and (Brian) Lara won't be playing on forever. They are playing their best Test team, the same outfit that beat England this year. And for Bumrah, he is the best fast bowler in world cricket at the moment." 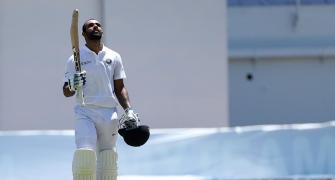 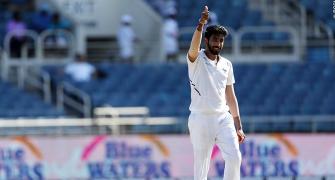 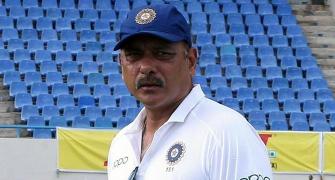 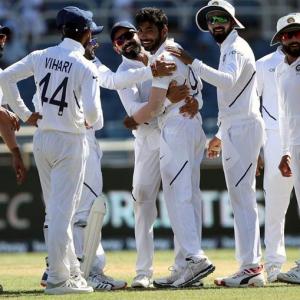 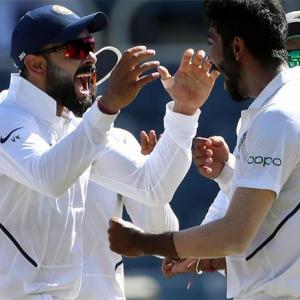