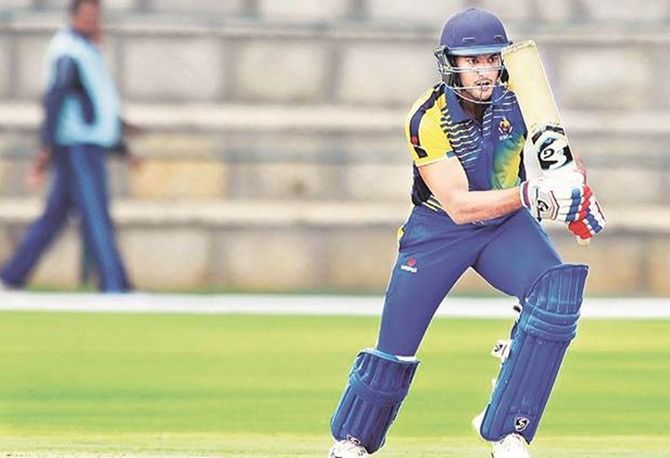 Opener Mayank Agarwal smashed an unbeaten 85 off 57 balls as Karnataka dished out a clinical all-round performance to beat Maharashtra by eight wickets and lift the Syed Mushtaq Ali Trophy, in Indore,  on Thursday.

Karnataka bowlers, led by experienced Abhimanyu Mithun (2-24), put up a spirited show to restrict Maharashtra to 155/4 despite an unbeaten 69 by all-rounder Naushad Shaikh.

Later, they overhauled the target with Agarwal and Rohan Kadam (60 off 39 balls) striking half-centuries.

Karnataka chased the target with nine balls to spare and ended their otherwise ordinary season on a high.

Chasing 156, Karnataka lost opener B R Sharath (2) in the third over after left-arm medium pacer Samad Fallah cleaned him up.

Then in-form Kadam and Agarwal steadied the ship, as Karnataka raced to 45/1 in five overs.

The duo kept on scoring at a brisk pace and took a listless Maharashtra attack to cleaners in their 92-run stand for the second wicket, which laid foundation of the eight-wicket win.

Karnataka were cruising at 106/1 in 12 overs and needed 50 runs. But then Kadam threw his wicket away. However, Kadam's departure did not deter Agarwal from playing his natural game as he and Karun Nair (8 not out) then took the side home.

Put into bat, Maharashtra posted a respectable 155/4 on the board courtesy Shaikh's unbeaten 69 off 41 balls.

Shaikh along with 'ever reliable' Ankit Bawne (29 off 25 balls) rallied the Maharashtra innings with their 81-run stand for the fourth wicket after the Surendra Bhave coached team was in a spot of bother at 55-3.

But it was pacer Abhimanyu Mithun, who gave Karnataka the much needed breakthrough by removing Gaikwad.

One down, Vijay Zol (8) also fell cheaply after being stumped by stumper Sharath off J Suchith.

Triphathi was the third Maharashtra batsman to walk back to the pavilion with Maharashtra in deep trouble at 55-3.

Then Shaikh and Bawne not only took the opposition bowlers to task, but also in the process pulled the team out of trouble. Shaikh struck five fours and three sixes, while Bawne hammered four boundaries.

The loss Meant that Maharashtra will have to wait longer for a major domestic title. 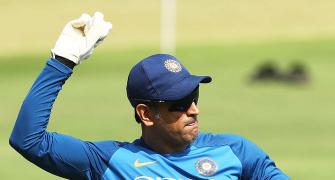 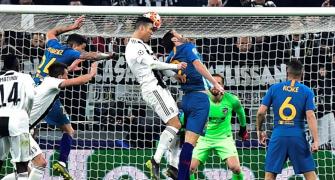 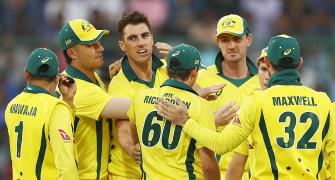 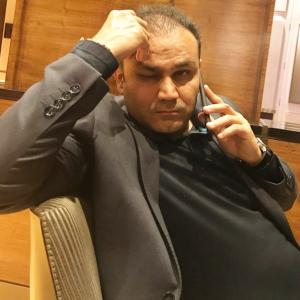 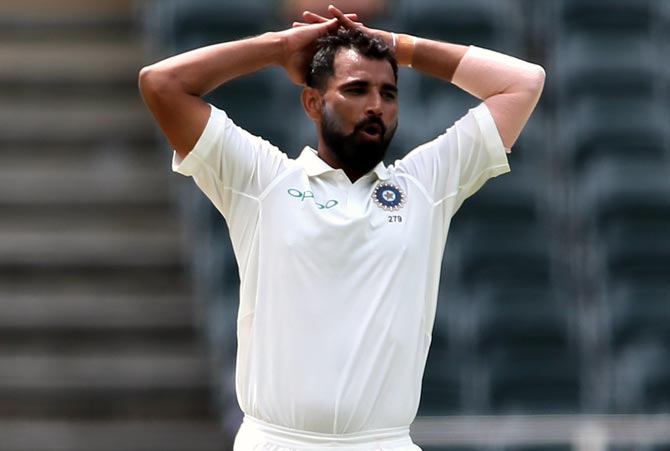