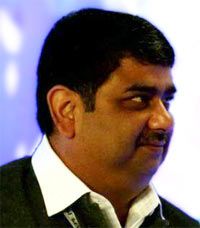 With the government making it clear that it will not be able to provide adequate security for IPL 7, the Board of Control for Cricket in India has started discussing with other cricket boards possible venues for the cash-rich Twenty20 tournament, the league’s chairman, Ranjib Biswal, said on Friday.

"The [central] government had expressed its inability to provide adequate security for IPL 7 in view of the upcoming general elections. So we have started talking to different countries to hold the tournament," he said.

Home Minister Sushilkumar Shinde said the government would not be able to provide adequate security for the tournament, likely to be held between April 9 and June 3, as its dates clash with the general elections.

Biswal said all government clearances will have to be obtained before the tournament can be moved to another country.

"There is not going to be any IPL without government clearance. We will get all the clearances before the tournament," he added.

Asked about the IPL spot-fixing case that is pending in the Supreme Court, Biswal replied: "The Supreme Court had given the green signal for the players' auction, so we went ahead for IPL 7. The apex court will take a call on the [spot-fixing] case.

"But I can tell you, IPL 7 will be grander, cleaner and controversy-free."