Board of Control for Cricket in India's anti-corruption chief Ravi Sawani has resigned citing personal reasons. 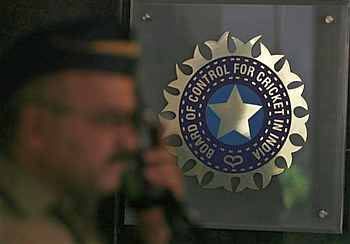 The Board has accepted his resignation and Sawani will now serve a one month notice period.

Sawani had set up BCCI's anti-corruption unit in 2012 after similar efforts the sport's international governing body, the International Cricket Council.

He reportedly wanted to quit in April but was asked to carry on until the end of IPL.

Neeraj Kumar, who was recently roped in as advisor to BCCI's anti-corruption unit, is tipped to replace Sawani.

Kumar, a former Delhi Police commissioner, had led the spot-fixing investigations in 2013, leading to the arrests of then Rajasthan Royals players S Sreesanth, Ajit Chandila and Ankit Chavan.

Source: PTI© Copyright 2021 PTI. All rights reserved. Republication or redistribution of PTI content, including by framing or similar means, is expressly prohibited without the prior written consent.
Related News: Board of Control for Cricket in India, Ravi Sawani, Neeraj Kumar, IPL, International Cricket Council
COMMENT
Print this article