Bangladesh board bans umpire for 10 years for corruption

Bangladesh have banned Nadir Shah, who umpired in 40 one-day internationals between 2006-11, for 10 years for corruption. The Bangladesh Cricket Board (BCB) handed out the punishment on Monday following an investigation by a special inquiry committee.

In October, the Hindi-language news channel India TV showed footage of Shah and other officials from Sri Lanka, Bangladesh and Pakistan allegedly negotiating deals with under-cover reporters to affect the outcome of matches.

"Umpire Nadir Shah will not be considered for a BCB retainer for 10 years," the Bangladesh Cricket Board said in a statement.

"During this period he will not be eligible for any assignment under the jurisdiction of the BCB."

"The ICC takes no pleasure from the fact an umpire has been found to have acted inappropriately and sanctioned accordingly, however, the decision reflects the commitment of the ICC and its members to root out corruption from our great sport," ICC chief executive David Richardson said in a statement.

© Copyright 2021 Reuters Limited. All rights reserved. Republication or redistribution of Reuters content, including by framing or similar means, is expressly prohibited without the prior written consent of Reuters. Reuters shall not be liable for any errors or delays in the content, or for any actions taken in reliance thereon.
Related News: International Cricket Council, Bangladesh Cricket Board, David Richardson, Nadir Shah, Sri Lanka
SHARE THIS STORYCOMMENT
Print this article 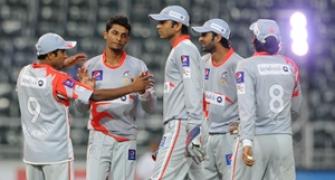 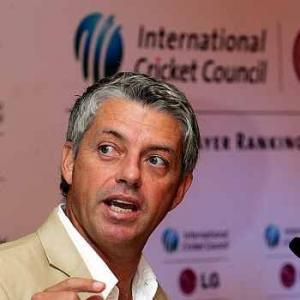