Left-arm spinner Ravindra Jadeja was on Sunday warned by umpire Aleem Dar for wildly celebrating the dismissal of Australian opener David Warner during the third day's play of the fourth and final Test in New Delhi. 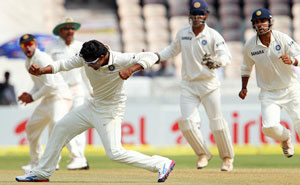 Jadeja started wildly celebrating Warner's dismissal after trapping him plumb in front even before the umpire had raised his finger during Australia's second innings at the Feroze Shah Kotla stadium.

Jadeja showed Warner his way back to the pavilion to which Dar, who was standing at the square leg, took exception.

Dar called up Sachin Tendulkar, who in return spoke to  Jadeja.

Jadeja was involved in a verbal spat with Warner on Saturday during India's first innings when he had shown the handle of his bat to the Aussie opener.

Both the captains, Mahendra Singh Dhoni and Shane Watson, had to intervene to stop the verbal dual. 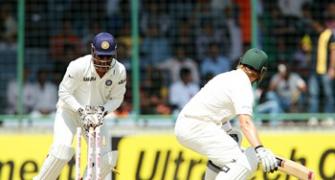 Australia must fault their batsmen more than the pitch 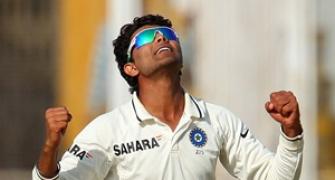 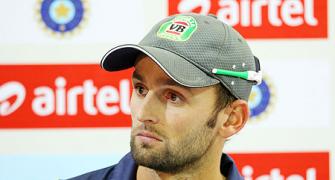 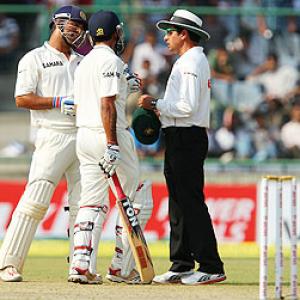 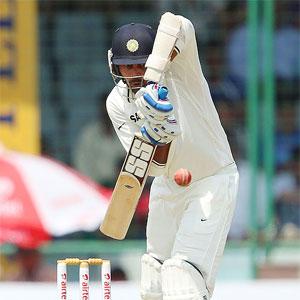