News
Business
Movies
Sports
Cricket
Get Ahead
Money Tips
Shopping
Sign in  |  Create a Rediffmail account
Rediff.com  » Cricket » All you must know about ball-tampering scandal 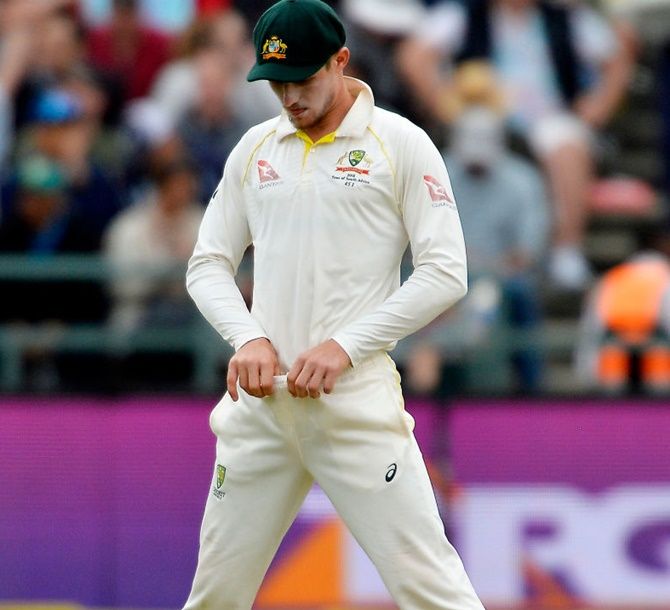 Australia captain Steve Smith said his side deliberately tried to tamper with the condition of the ball on the third day of the third Test against South Africa in Cape Town on Saturday in an orchestrated attempt to gain an advantage.

Smith and senior players conspired to change the condition of the ball using sticky tape and grit from the pitch during the third test at Newlands with Australia's opening batsman Cameron Bancroft caught on camera using the tape.

The International Cricket Council (ICC) charged Bancroft, the most junior member in the side at 25, of trying to change the condition of the ball. The governing body could dish out a one-match ban and a 100 percent fine of match fee to Bancroft.

Here is a timeline of Saturday's incident which could cause irreparable damage to Australia's reputation as a cricketing side:

LUNCH: South Africa go to lunch with a lead of more than 100 and the loss of a single wicket.

Australia's leadership group, including Smith and other senior players, hatch a plan to tamper with the ball to gain reverse swing. Bancroft is chosen to carry out the task.

TAMPERING: Bancroft uses yellow sticky tape and grit from the pitch and to work on the ball while attempting to shine it.

LEHMANN: The head coach is seen talking on a two-way radio while Handscomb is out on the field with a similar device speaking to Bancroft.

TAPE: Television images show Bancroft, after being alerted, shoving the tape clumsily down the front of his trousers to keep it out of the gaze of the umpires. Bancroft later admitted he was nervous and panicked when he realised that cameras in the stadium had caught him in the act.

UMPIRES: The on-field officials confront Bancroft who produces a black sunglass bag from his pockets and the umpires then allow play to continue.

INTERVIEWS: Australia opt out of the post-match broadcast interviews with Smith and Bancroft arriving late for the news conference.

Facing the cameras, Smith admitted the side's leadership group had planned to tamper with the ball. Bancroft said he was charged by the ICC with a Level 2 offence for attempting to alter the condition of the ball.

© Copyright 2022 Reuters Limited. All rights reserved. Republication or redistribution of Reuters content, including by framing or similar means, is expressly prohibited without the prior written consent of Reuters. Reuters shall not be liable for any errors or delays in the content, or for any actions taken in reliance thereon.
Related News: Cameron Bancroft, Steve Smith, International Cricket Council, Australia, Darren Lehmann
COMMENT
Print this article 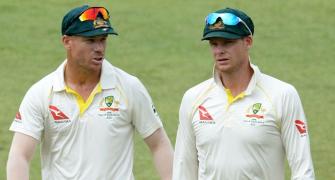 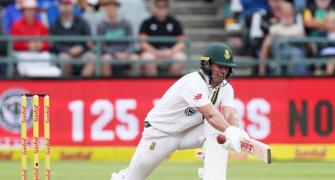 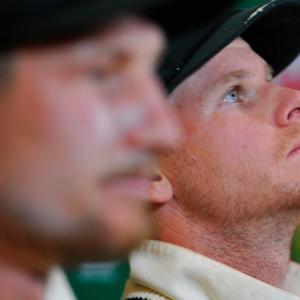 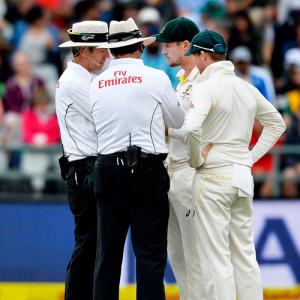