Afghanistan crush NZ to storm into U-19 World Cup semis

Afghanistan will take on three-time champions Australia in the first semi-final on Monday, January 29. 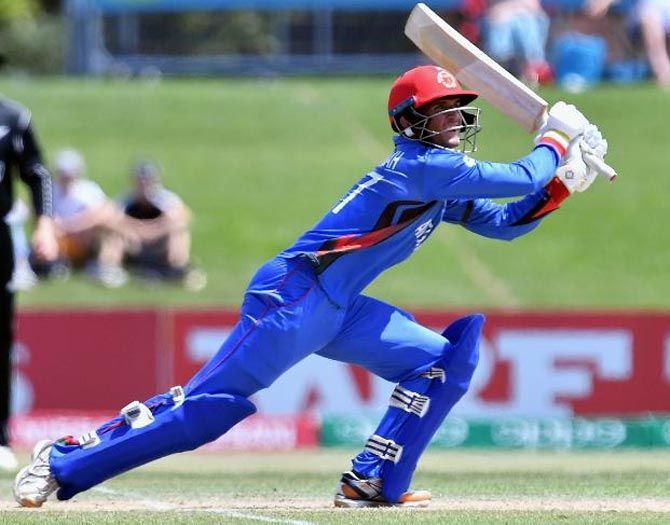 A 23-ball blitzkrieg of 66 from Azmatullah Omarzai was backed up by some precise bowling by spinners Mujeeb Zadran and Qais Ahmad as Afghanistan registered a thumping 202 runs victory over New Zealand to move into the Super League semi-finals of the ICC U19 Cricket World Cup in Christchurch on Thursday.

Azmatullah unleashed three fours and seven sixes as the Asian champions posted a mammoth 309 for six after electing to bat first in front of broadcast cameras at the Hagley Oval. New Zealand were bowled out for 107 with off-spinner Mujeeb (four for 14) and leg-spinner Qais (four for 33) mesmerising the host side's batting.

Azmatullah, who was one of three players rested in Afghanistan's last league match against Ireland which they lost by four runs, showed what the Afghanistan first-choice players are capable of as they get ready to take on three-time champions Australia in the first semi-final on Monday, January 29, at the same venue.

The result also means that three Asian sides will be in the semi-finals since Pakistan have already qualified and await the winners of the match between two other South Asian teams -- India and Bangladesh -- who play the last quarter-final on Friday in Queenstown.

Interestingly, three Asian sides (Bangladesh, India and Pakistan) had also reached the semi-finals of the ICC Champions Trophy 2017 in England and Wales.

It looked like Afghanistan's day from the time they elected to bat and their first entry into the semi-finals was ensured with a superb team effort that included four half-centuries.

Openers Rahmanullah Gurbaz (69 from 67 balls) and Ibrahim Zadran (68 from 98 balls) were associated in Afghanistan's maiden century-stand in the Under-19 World Cup that set the platform for later batsmen to build on.

After a 117-run stand in just over 20 overs, Bahir Shah (67 not out from 72 balls) played a solid innings to ensure the initiative was not lost in the middle overs.

But what converted a potentially challenging total to an intimidating one was Azmatullah's swashbuckling knock. He not only showed fine eye-hand co-ordination but also used his feet well to hammer the bowlers straight down the ground and over the leg-side boundary at will, showing equal disdain for both pace and spin.

Walking out to bat with the score at 226 for five and 35 balls remaining in the innings, Azmatullah belted four sixes off pace bowler Matthew Fisher and three off left-arm spinner Ben Lockrose as Afghanistan put on 83 runs in the last 5.5 overs to lift the side to 309 for six, which was always going to put pressure on the opposition.

New Zealand had gone into the game with three of the four top run-getters in the tournament, but none could fire as Jacob Bhula (5), Finn Allen (13) and Rachin Ravindra (0) failed to build innings when most needed. The side slipped to 20 for four in the seventh over with defeat staring right in the eyes of the hosts, who were aiming to win their maiden ICC U19 Cricket World Cup title.

A 66-run stand for the fifth wicket between Katen Clarke (38) and Dale Philips (31) was the only bright spot in New Zealand’s innings. Qais trapped both these batsmen leg-before wicket to erase any hopes for the host side even as Mujeeb, who had accounted for Bhula (5) and captain Kaylum Bhoshier (0) while operating with the new ball, came back to remove the tail.

Afghanistan captain Naveen-ul-Haq said it was a great day for his country: "It is a historic day for us reaching the semifinals but the job is not done yet. We have a good bunch of spinners who can win matches for us.

"Our plan in the morning (was to) win the toss, bat first, put up a good total and defend it with our spinners. We have a lot of match-winners. We will do our best to win our next match against Australia."

Azmatullah Omarzai, who was later declared player of the match, said: "This is my best knock ever. I was told by the team management to play my natural game and I just went out and did that. The situation was such that I could just go out and play the big shots." 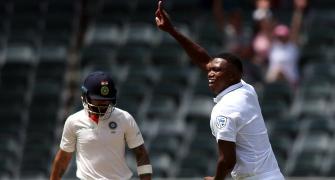 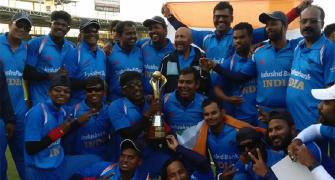 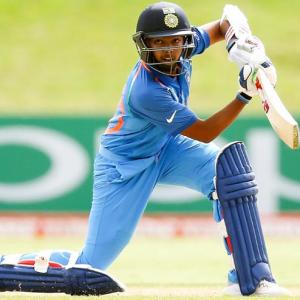 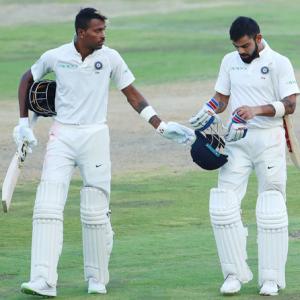