'All selectors must be sufficiently thick-skinned and prepared to take criticism.'
T C A Srinivasa-Raghavan checks out Ravi Shastri's first book. Last year's lockdown saw many conceptions, including this book.

Its birth, like so many of the author's shots, is perfectly timed, coming out bang in the middle of an absorbing Test series against England, in England.

It consists of very short assessments of the players Ravi Shastri thinks were great. Its pithiness makes it an excellent read.

From start to finish it will take just a couple of hours if you read it at one go.

But that's unlikely because it's actually a book for dipping into from time to time. There's no continuity.

Since he starts by saying these were the best, there is no question of his saying anything even remotely negative about them.

That makes it a little bit monotonous but if you are a follower of the game, you get a pretty complete view of why these players were great, not just in Shastri's opinion but everyone's. 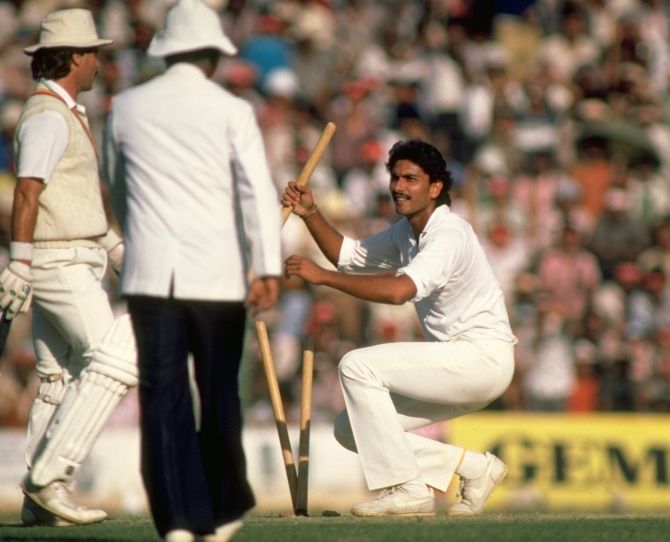 Shastri has dedicated the book to 'The fans'. But it is not clear to whose fans he is referring. It's best to assume that it is to the fans of the game.

Also, it is a relief to see that he has chosen only six players from Mumbai.

Given that it is his state, he could easily have included twice or even thrice that number and no one could have faulted him. Mumbai was like that only till about two decades ago.

He also says that had some of the current players not been still 'developing' he would have written about those like Ajinkya Rahane, Rishabh Pant, Cheteshwar Pujara, Mohammad Shami and so on.

But by mentioning them he makes it clear that in his view they are top class players. 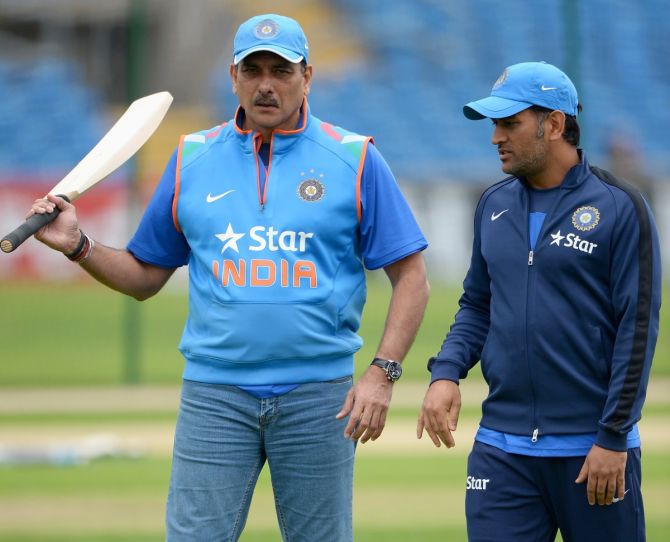 He is particularly benign to young Rishabh Pant. There must be something about young Pant that is visible only to the connoisseurs.

As an excellent all-rounder, Shastri also doesn't show any preference between batsmen and bowlers.

For every batsman, he has chosen nearly an equal and opposite bowler.

He admits that there will be people who disagree with his list. But says that 'All selectors must be sufficiently thick-skinned and prepared to take criticism.'

Missed chances: Well, here's one, though not of Shastri but of his publishers. The book is needlessly expensive. Its high price will discourage sales. Of Shastri himself the criticism is that he has played it altogether too defensively.

Having played with and against so many of the players that he has listed, he could have described those experiences.

He has, but very occasionally and that too very sketchily. That's like failing to convert a 50 into a 100.

For example, of Michael Holding he says, 'I will never forget on my first tour of the West Indies in 1983 when Holding came off his full run up in front of a packed Sabina Park and sent Sunil Gavaskar's leg stump cartwheeling almost all the way to Joel Garner at fine leg.'

Then, altogether too laconically, he adds, 'It was an extraordinary sight.'

It must have been, but there's nothing about how he felt watching from the other end or how he fared when his turn came to face Holding.

The way he has written it, he could well have been sitting in the stands. 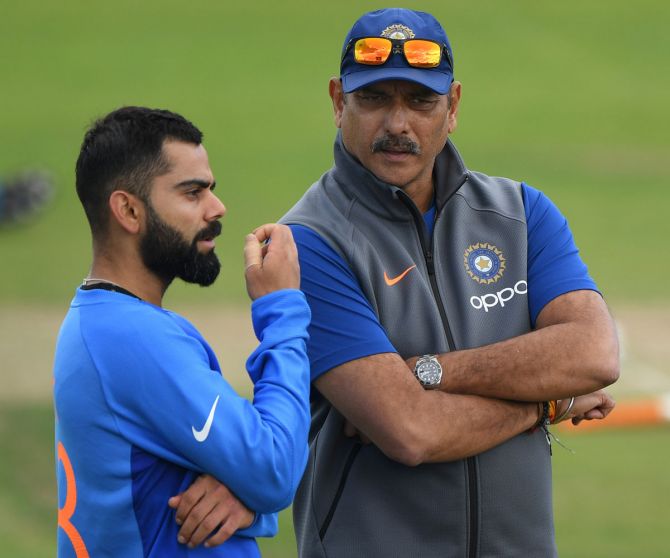 Readers will find this consistent omission hard to understand.

The book lacks feelings and resembles the batting of the late Ken Barrington playing the late Bapu Nadkarni.

About such players, he has this gem to offer: 'The one thing you have to be serious about is not be so serious that you miss out on the joys of life.' These players were great proponents of that attitude. All of them realised that it was, in the end, a sport and that it had to be enjoyed.

It would seem that this is the advice he is giving as the India coach, which might explain the team's inconsistent performances because some players at least don't seem to realise that while they are enjoying themselves, the fans are not.

The one common characteristic that all the players in this book possess is supreme self-confidence.

It seems Shane Warne, in his debut match, in which Shastri himself scored a double century, and in which Warner took just one wicket for 150 -- Shastri's -- was still strutting with his chest out at the end of the game.

About Sachin Tendulkar he writes that in 1992 in Australia there was a lot of sledging.

Shastri, who was batting at the other end, told Tendulkar to ignore them and just bat, which is exactly what he did, forcing the Aussies to stop sledging. They both got hundreds.

Finally, Dhoni. Shastri's description of the reaction in the dressing room when he announced he was retiring is classic. But you will have to buy this book to find out how the team reacted. How T20 will change!