News
Business
Movies
Sports
Cricket
Get Ahead
Money Tips
Shopping
Sign in  |  Create a Rediffmail account
Rediff.com  » Business » There won't be another Alyque

'One of his favourite slogans was, "Show, don't tell".'
'His entire life is a metaphor for that belief.'
Kiran Khalap, MD and co-founder, chlorophyll, salutes a mentor and legend.
Illustration: Dominic Xavier/Rediff.com 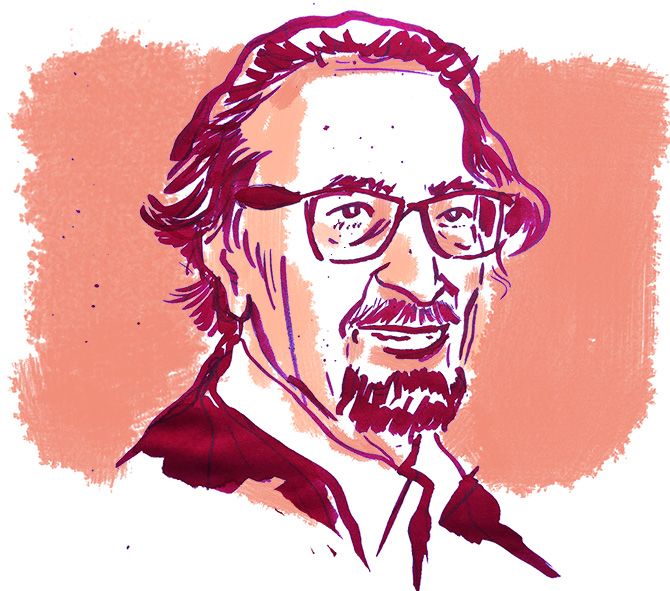 I worked with Alyque between 1983 and 1991, starting as a trainee copywriter, leaving as a Creative Director.

Amazingly, most memories are unrelated to advertising, more related to his magical ability to manage skills, talent, human beings, emotions, expectations, the unexpected and even the future!

1. Remember me volunteering to go to Pune's Film and Television Institute (how was this related to advertising? I would learn soon!) along with several others, in a bus.

Alyque held a master-class in communication: Using a dozen trailers of famous films!

Through that, he was teaching us the fine art of reduction, reducing a two-hour movie story into a one-minute trailer: Which is what advertising is all about!

2. Remember me being taken to the 'Films Department' in Lintas by him.

The TV explosion had begun in 1982, and the language was still anachronistic: We used 'films' instead of 'TVCs' or TV Commercials. Lintas was the only agency probably in the universe that had, in its office, a 'double-header' projector that ran the sound track and video track simultaneously.

"Here are over 75 U-matic (the format before VHS) tapes on detergents. Watch them till you go blind. Make notes of every single commercial: Duration, country, proposition, brand name."

He was testing my ability to learn. I ended up being part of the core group that pitched to regain control of brand Surf and the iconic Lalitaji campaign: Because by then I knew every single TVC on detergents in every single country:-)

3. Remember the chairman of Lintas inaugurating the first computer. Alyque knew disciplines like media planning and media buying needed digital help. Earlier, Lintas research or media people would use the computers in TIFR (the Tata Institure of Fundamental Research), but he knew the future belonged to agencies that owned their own digital infrastructure!

4. Remember him getting up and dancing in the aisles of NCPA at a jazz festival! Which CEO does that? Without the aid of any 'substance'?

One of his favourite slogans was, "Show, don't tell".

His entire life is a metaphor for that belief. 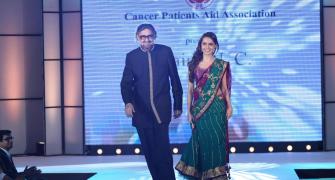 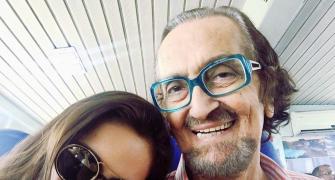