Despite a 187 km, seven-line metro network carrying 2.4 million commuters every day, private vehicles rose 92 per cent over the last 15 years 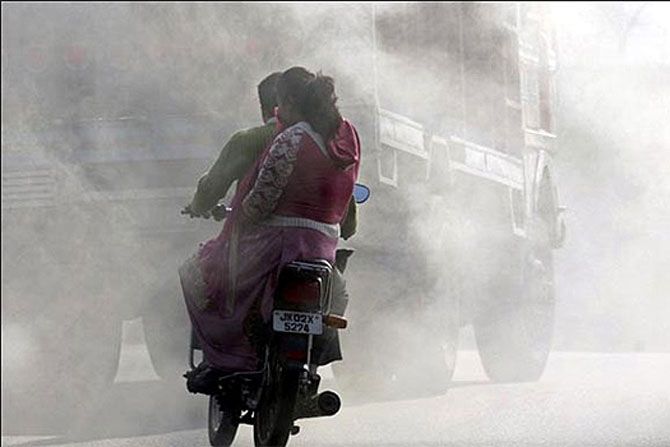 Delhi’s transport sector contributes 32 per cent of the city’s GHG emissions - gases responsible for global warming - said the report, GHG Footprint of Major Cities in India, conducted by the Centre for Ecological Sciences of the Indian Institute of Science (IISc), Bangalore.

Despite a 187 km, seven-line metro network carrying 2.4 million commuters every day, private vehicles rose 92 per cent over the last 15 years, even as buses and their ridership declined, according to Delhi’s Economic Survey 2014-15, as we will detail in part two of this series. 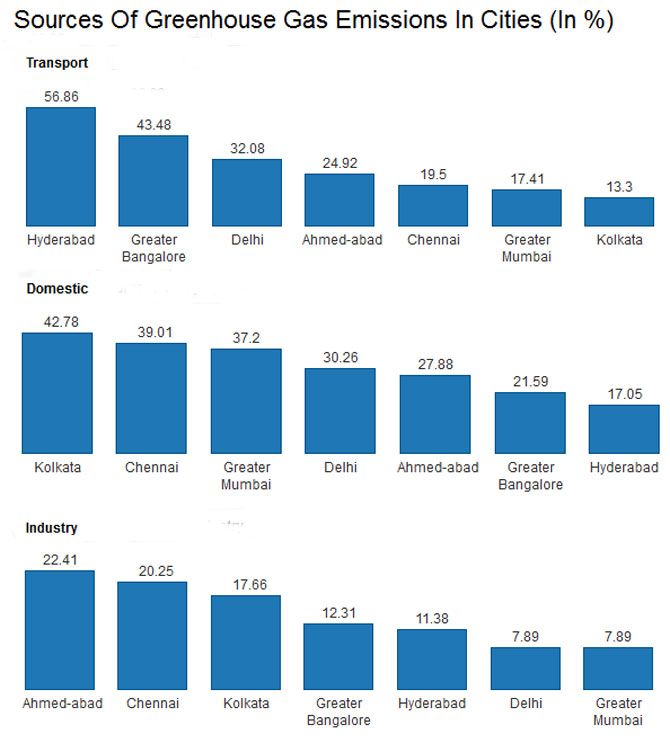 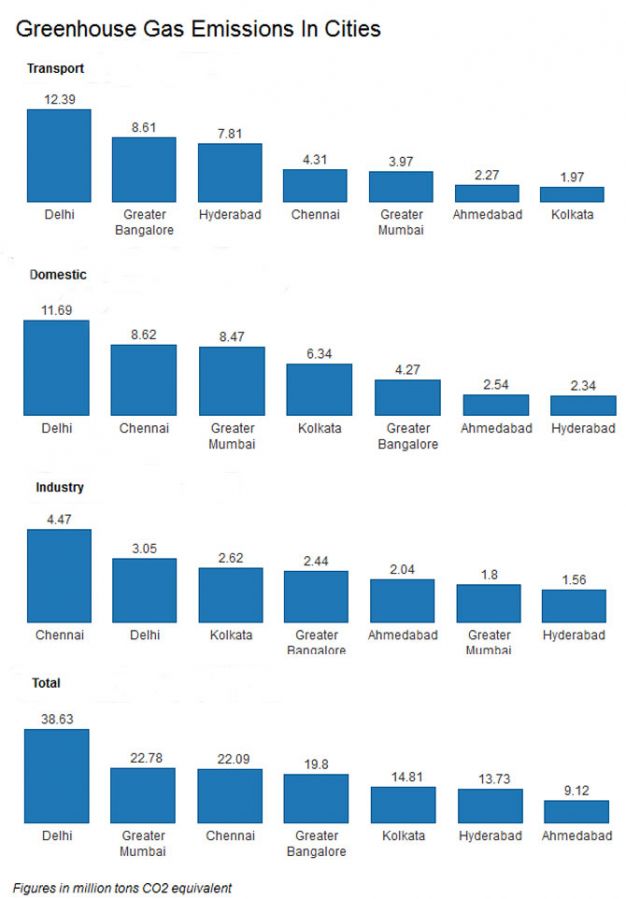 A recent media report, however, said that Ahmedabad is India’s most polluted city, based on the government’s Air Quality Index.

As many as 13 of the world’s top 20 polluted cities are in India, with Delhi topping the list and Ahmedabad being the fifth most polluted, according to the World Health Organisation’s Ambient (outdoor) Air Pollution Database 2014.

Delhi’s air pollution was one-and-half times worse than Beijing, IndiaSpend reported recently, using data from its own network of sensors in the national capital.

Soaring pollution levels in Delhi forced its government to formulate a controversial odd-even vehicle-numbering formula that hopes to get roughly half of nearly 9 million vehicles off the roads. 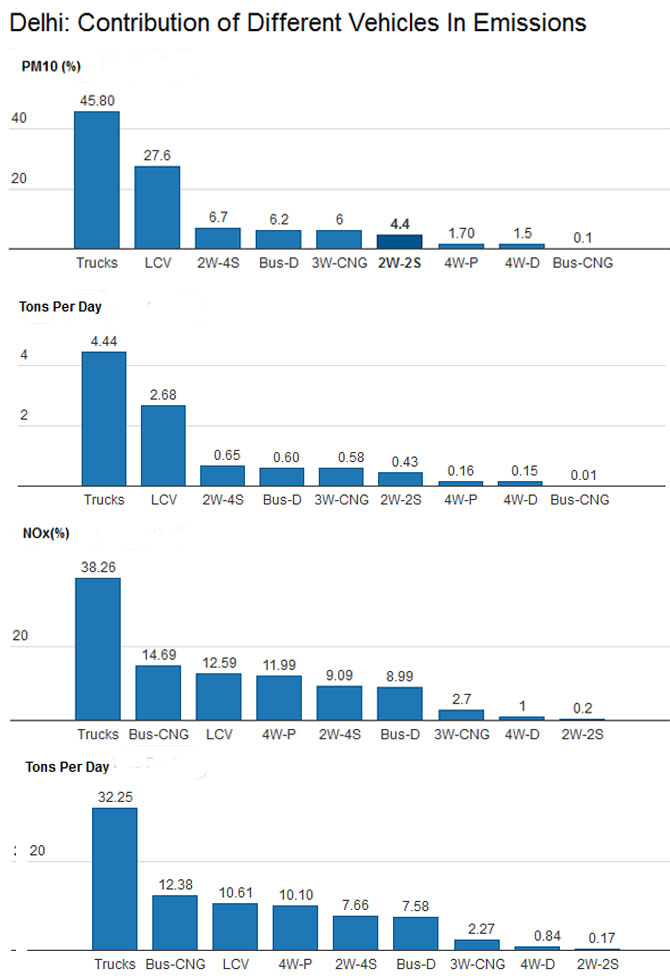 Heavy-duty vehicles are the major contributors to pollution - as regards particulate matter (PM10) and oxides of Nitrogen (NOx).

To curb air pollution, the Supreme Court of India has temporarily banned the sale of large diesel cars, such as sports utility vehicles, and others with an engine capacity of 2,000cc or more.

The court has also prohibited trucks not bound for Delhi from entering the city and banned all trucks over ten years old.

The transportation sector accounts for 40 per cent of India’s total oil consumption, reported to be 3.8 million barrels per day in 2014.

Road transport dominates India’s transport sector, accounting for 86 per cent of passenger and almost two-thirds of freight movements, the Energy Outlook report said. Fuel demand by the sector has increased to 68 Mtoe in 2013, of which 60 per cent is used for passenger transport.