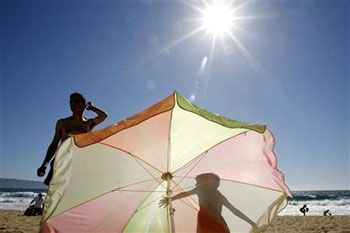 The Central Bureau of Investigation (CBI) has started a preliminary enquiry into allegations that the former chairman of the Insurance Regulatory and Development Authority (Irda), J Hari Narayan (bottom left)unduly favoured Reliance General Insurance Company more than five years ago.

The investigating agency is inquiring into whether there was any mala fide intent in a decision taken in July 2009 by Narayan to reduce from Rs 17,500 crore (Rs 175 billion) to Rs 20 lakh (Rs 2 million) the potential penalty that could have been levied on the insurance company in the Anil Dhirubhai Ambani Group for violating provisions of the Insurance Act, 1938.

CBI spokesperson Kanchan Prasad confirmed the agency had registered a preliminary enquiry against "unknown officials" of the Irda and "a private firm" to look into "the allegation that a penalty of Rs 20 lakh was imposed on the said firm instead of Rs 17,500 crore (approximately) for 3.5 lakh instances of violation of the Irda guidelines".

Narayan confirmed CBI officials had questioned him at his residence in Hyderabad and recorded his statement. He, however, said the insinuation that he had favoured Reliance General Insurance Company was unfounded.

After retiring from the Indian Administrative Service as chief secretary of Andhra Pradesh on June 11, 2008, Narayan joined the Irda as its chairman, from which post he retired on February 20, 2013.

The CBI has also questioned other serving and retired officers of the Irda, including a former member (non-life) of the authority. A preliminary enquiry is initiated when a complaint is received or information obtained by the CBI which does not contain enough material to file a regular case. It is not known if and when the preliminary enquiry [No. (8)(A)2014ACU-vi-New Delhi] relating to the episode involving the IRDA, its former chairman and Reliance General Insurance Company, will be converted into a regular case.

Sources said in late September and early October, the CBI sought information from Reliance General Insurance Company about the circumstances that led to the IRDA imposing a penalty on the company in 2009.

On August 8, replying to an unstarred question raised in the Lok Sabha by BJP Member of Parliament Dr Udit Raj whether the Irda had reduced the penalty of any private insurance company and whether the government had conducted any inquiry in this regard, Minister of State for Finance Nirmala Sitharaman confirmed the imposition of the penalty on Reliance General Insurance Company but added that the "penalty imposed by the competent authority was not reduced" and hence, the question of conducting an inquiry "does not arise".

Soon after this reply was furnished by the government, the CBI decided to commence a preliminary enquiry against the former Irda chairman.

The episode goes back to December 2005 when Reliance General Insurance Company filed a healthcare insurance scheme called Reliance Health Care Policy before the Irda for its approval. This policy, which was approved in February 2006, sought to provide insurance cover under various health conditions subject to certain exclusions at a specified range of prices. 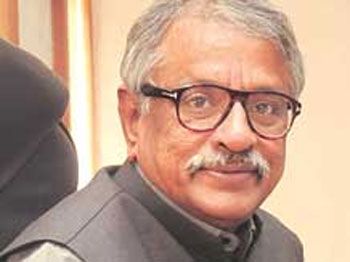 In January 2008, it was brought to the notice of the Irda that Reliance General Insurance Company was selling an insurance policy called Reliance Health Wise Policy, which had not been approved by it.

On being asked, the insurer admitted that it had introduced the policy earlier as Reliance Health Care Policy and that in 2007 it had reintroduced the product with a new name and at new prices.

A notice was issued to Reliance General Insurance Company by the Irda on April 13, 2009. After hearing what the company had to say, the authority found the insurer had violated Clauses 4 and 9 of the Irda "file- and-use" guidelines.

According to Section 102(b) of the Insurance Act, the Irda could levy a penalty not exceeding Rs 5 lakh for each violation. Since Reliance General Insurance Company had already sold 350,000-odd policies by that time, each policy sold constituted a violation. The full fine could potentially have added up to Rs 17,500 crore (Rs 175 billion).

On July 23, 2009, Narayan ordered that the penalty be brought down to a relatively paltry Rs 20 lakh by the "the judicious exercise and discretion vested with the authority" under Section 14 of the Irda Act, 1999, read with Section 102(b) of the Insurance Act.

News about the imposition of the fine on Reliance General Insurance Company was publicised in various media (websites and financial newspapers) on different occasions between July and December 2010, but what was not known was the company had been allowed to get away paying only Rs 20 lakh or Rs 174,998,000,000 less than what the maximum potential fine could have been.

Calculated differently, the penalty per violation amounted to Rs 5.70 instead of Rs 500,000.

In its defence, Reliance General Insurance Company had argued before the Irda that the company had reverted to the original approved rate of 2005 and that it had refunded Rs 1.07 crore to its policy-holders.

The Irda order of July 23, 2009, however, stated the claim made by the company had not been supported by documentary evidence.

Sources said all necessary documents establishing proof of the refund had been subsequently provided to the Irda.

The sources added that over the span of roughly a year in 2008-09, the Irda had penalised a number of insurance companies for not following the regulator's procedures and processes.

In a recorded telephonic interview, Narayan said the April 2009 notice issued by the Irda to Reliance General Insurance Company had demanded Rs 25 lakh (Rs 2.5 million) from the company for violations or "failures" on five counts, each attracting a maximum penalty of Rs 500,000.

He claimed he had given the "benefit of doubt" to the company for its submission that certain changes in the new policy were in favour of the policy-holder.

Asked why he could not have issued an additional show-cause notice to Reliance General Insurance Company, he claimed: "Not on the same matter, I cannot."

Narayan explained in detail that in another case relating to a different insurer, HDFC Ergo, which he had heard in June the same year, he wanted to create a "deterrent" by imposing the maximum penalty of ·6.85 crore on the firm.

However, the Irda chairman used his discretion and imposed a penalty of Rs 5 lakh on HDFC Ergo as well, for not fulfilling its rural sector coverage quota by 137 policies.

In this instance too, the penalty was a maximum of Rs 5 lakh for each violation, implying that a total maximum penalty of Rs 6.85 crore could have been imposed on HDFC Ergo.

The wide variance in these two instances is revealing - a maximum penalty of Rs 17,500 crore whittled down to Rs 20 lakh in the case of Reliance General Insurance Company and Rs 6.85 crore coming down to Rs 5 lakh for HDFC Ergo - suggesting that the scope of discretion of the IRDA and its chairman and its proportionality in connection with the transgression needs greater transparency. This is a verbatim transcript of what Mr Hari Narayan said: "…with respect to HDFC Ergo, by then my understanding of the insurance business was better...so I said an instance of failure is not just the factum of failure of a certain kind ... but each time it has occurred... in the (HDFC) Ergo case, they were short of some 150 numbers or so in the obligation to be discharged....... so I said 150 into (Rs )5 lakh will be (Rs )7.5 crore ... my idea was, you know, the penalty is very low … I interpreted it like this. You know I wanted to put in a deterrent here, in the industry. I made it a point to put it there, that the penalty could be Rs 7.5 crore, but in the instant case, I'm putting it at (Rs ) 5 lakhs. I wanted to send a message that you cannot get away with small fines and penalties..."

He added that the Rs 17,500 crore amount in the case of Reliance General Insurance Company was not really a "liability" and the proposal to levy a penalty of Rs 500,000 per policy that had been issued in an irregular manner was, in the opinion of the insurance industry, an "untested hypothesis".

Narayan repeatedly said that during his tenure as chairman of the Irda, the authority would at the most issue a warning to errant insurers or impose penalties amounting to Rs 100,000-200,000 for violations.

He said that after his order against Reliance General Insurance Company, there were hardly any instances of companies changing terms of insurance policies without approval.

Asked why he thought the CBI had commenced investigations against him, he said a question on this subject had been raised by an MP and a complaint "may" have been sent to the ministry of finance which, in turn, "may" have forwarded it to the CBI.

According to the Irda's own published figures, during 2009-10, in the list of complaints registered directly by non-life insurers, Reliance General Insurance Company topped the chart of 24 companies with 65,160 complaints reported out of a total of 186,615 complaints.

The same year, Reliance General Insurance Company disposed off 68,159 complaints (including pending complaints received before the beginning of the financial year) in favour of the insured, against a industry total of 172,854.

On 4 January 2013, during a Supreme Court hearing in a case relating to Heritage Insurance Solutions of Kolkata, Justice R M Lodha (who recently retired as Chief Justice of India) questioned the counsel for the Irda as to why the insurance sector regulator had sought to initiate penal action against the company for apparently diverting funds belonging to policy-holders when it had not acted against other insurers like Reliance General Insurance and Aon Global Insurance Brokers that had allegedly committed similar or greater violations.

The writers are freelance journalists