Technology has come a long way. Computers have become faster, thinner and are capable of moving mountains, cell phones have become touch screens and movies have become 3-D projections of the real world. One aspect of the so-called future that is taking its time to mature is that of vehicular transportation. Toyota has been a pioneer in this field with the Prius. A petrol engine assisted by an electric motor that charges through the engine and through re-generative braking, that was a pretty sorted idea for the world a few years ago. 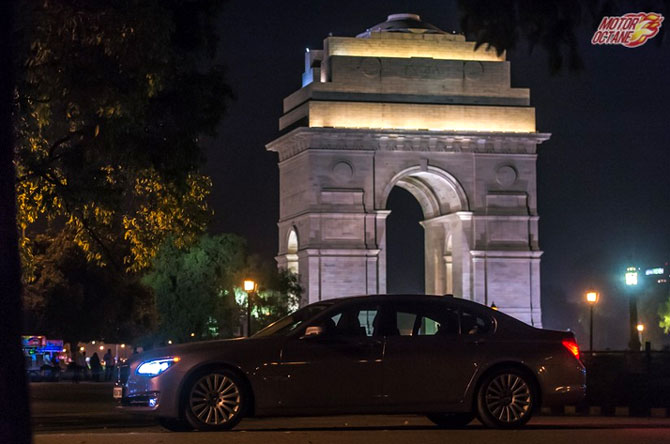 BMW wowed the world with it’s hybrid “i8” and “i3” (which India is yet to see) cars. They gave the world an everyday supercar as well as an everyday city commuter-hatchback. You may ask, what choice does someone have if they want to reduce their carbon footprint but still be chauffer driven in a high-class luxury sedan? Well, BMW offers the ActiveHybrid7 for those people. Here’s what we thought of it. 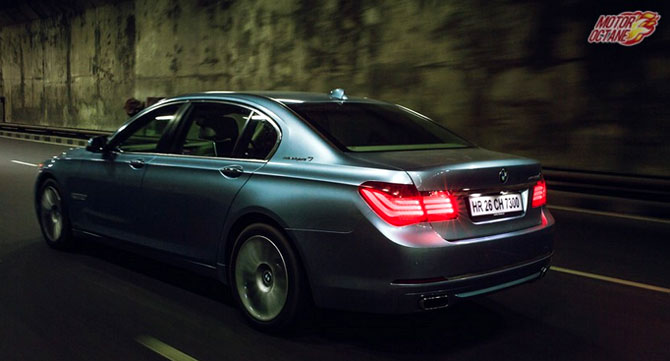 First off, like all 7-series, the ActiveHybrid7 is quite a large car. It is long and wide and has a presence. To be brutally honest there are only two points on this car that differentiate it from all the other 7s and that is, the “ActiveHybrid7” badges on the left C-pillar and on the trunk. Hence there isn’t really too much to talk about it’s looks. The current ActiveHybrid7 is a full-sized gas-electric luxury sedan, offered in the long wheelbase 740Li trim.

On the inside too, the car comes with all the bells and whistles every 7-series should. It gets top notch leather, two folding rear tables, full iDrive control from the rear, adjustable rear seats, A/C vents all over the interior and a banging Bang and Olufsen surround sound system. 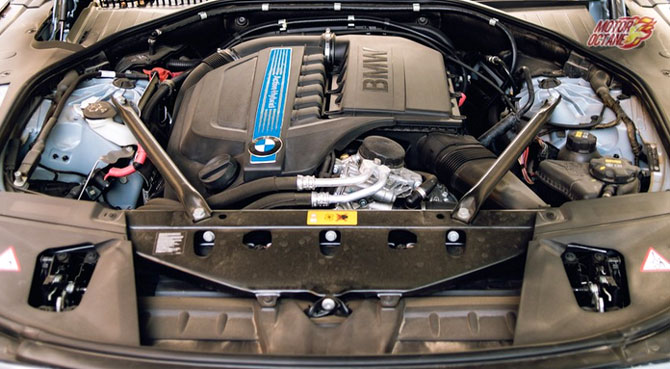 In the ActiveHybrid7, BMW’s well-known 3.0-litre, 320bhp producing turbo-charged six-cylinder motor is married to a 55bhp electric motor. Together they produce 354bhp of power and 489Nm of torque. All this goes to the rear wheels and is mediated through an eight-speed double clutch automatic gearbox. With the help of the electric motor, BMW says the ActiveHybrid7 does 0-100km/hr in 5.5 seconds. That’s pretty darn fast for this behemoth of a car. Figuratively this is all great but what’s it like to drive? 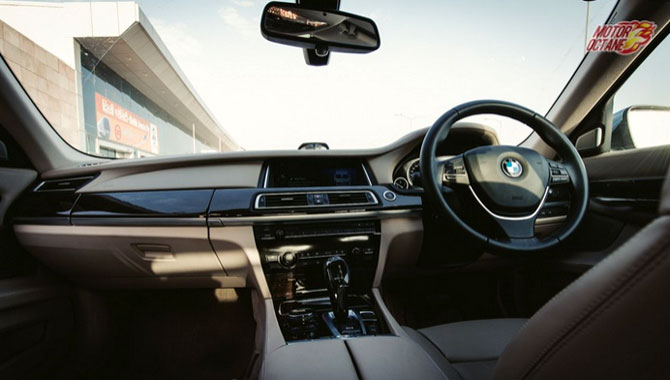 Well, as in all BMW’s the centre console, instrument cluster and dashboard wrap around the driver, making the driver feel extremely comfortable. The head’s-up display along with the multiple camera assists makes driving very luxurious. Controls are easy to operate and the dashboard is very clear and simple to read.

The large screen in the centre shows where the power is being generated from and how the batteries are being charged. The battery starts charging right from the get go. The petrol engine kicks in and brings the Li-ion batteries to a certain charge from which they can power the A/C and the other electricals in the car as the car is idling. 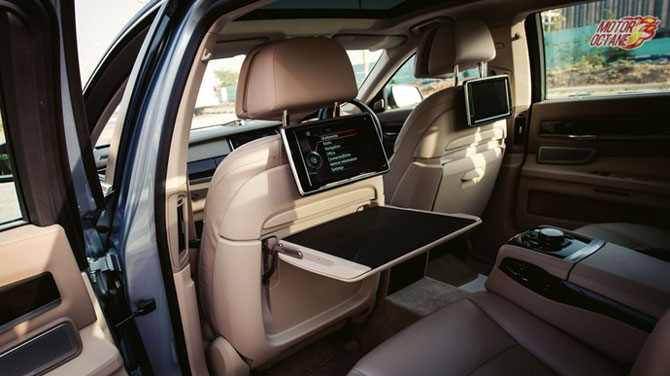 The help of the electric motor is felt most in the city. As you drive the car around it charges the battery. The battery gets charged on cruising and during braking too. This means the batteries charge up pretty quick in traffic. This allows the driver to use the electric motor at lower speeds, which brings the emissions down to zero and also turns off the petrol motor. All this depends on the amount of pressure on the throttle though. The slightest nudge to this sensitive pedal starts up the petrol engine making the car assume that you want more power and want to speed up.

That should not be something to complain about though, as a quick response to start up the petrol engine for more power makes the ActiveHybrid7 quite fun to drive when you put your foot down. The engine surges to it’s 7100rpm redline and sounds burbly from the inside as well. The 3.0-litre turbo-charged transforms this car from a limousine to a sportscar. Speeds are honestly enjoyable in this big thing and that’s probably because the speeds are not felt in the same way the numbers climb.

Its quiet and sophisticated, full of techno-swag and it being nice to the environment, well that’s what BMW says. It costs more than the normal 740Li but for the difference in cost the difference in fuel mileage I’d say, is barely anything.

In my opinion, I think it is great that BMW is offering all the variants of the 7-Series in India, but if you are looking for a fuel efficient one, I’d say go for the 730Ld. Still, if you need a luxury limousine with a petrol engine and it has to be BMW, then close your eyes, put down about INR 1.5 crore (approx on-road) and buy this ActiveHybrid7.