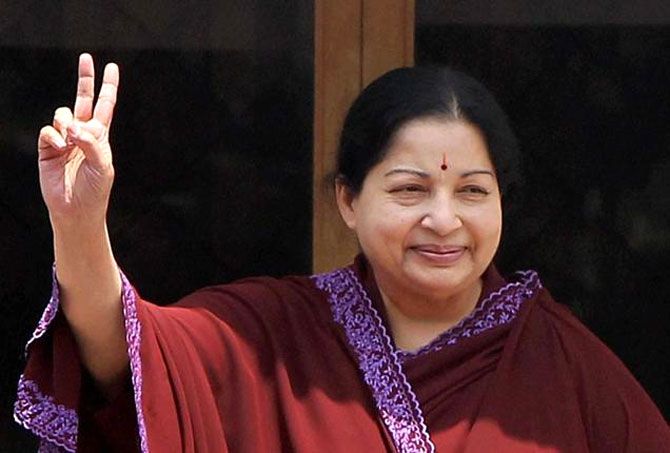 Tamil Nadu’s 19th chief minister (she was also the 11th, 14th, 16th and 18th) J Jayalalithaa, who died on December 5, 2016, was known for gifting her 72 million people a record set of freebies, but she also leaves behind a state that ranks among India’s top five in many social, crime and industrial indicators.

Tamil Nadu’s debt-to-GSDP ratio at 20 per cent is lower than the national average, an indication the state is growing despite the spike in debt.

Tamil Nadu now has India’s lowest fertility rate - lower than Australia, Finland and Belgium - second best infant mortality and maternal mortality rate; records among the lowest crime rates against women and children; and has more factories and provides more industrial employment than any other Indian state, according to an IndiaSpend analysis of various data sets.

However, financing the freebie culture came at a cost. Tamil Nadu witnessed a 92% increase in debt  over five years ending 2015, according to an IndiaSpend analysis of state budgets in November 2015.

Tamil Nadu’s education indicators have always been above the Indian average and have steadily improved during Jayalalithaa’s 15-year stint as chief minister. 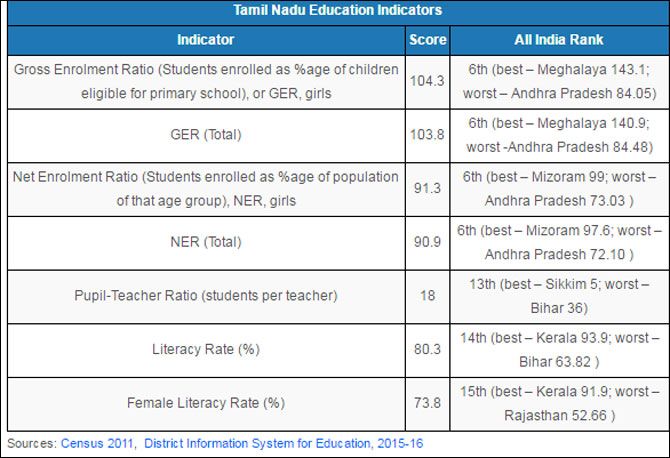 Although Tamil Nadu regularly reports violence and discrimination based on caste, the state’s crime rates are among India’s lowest, particularly those relating to women and children.

As regards industrial growth, Tamil Nadu has more factories than any other Indian state (37,378),  according to the Annual Survey of Industries, 2013-14.

Maharashtra ranks second with 29,123 factories, followed by Gujarat with 22,876. More people are engaged in industrial work (2.04 million) in Tamil Nadu of any Indian state; Maharashtra (1.8 million) is second and Gujarat (1.37 million) third.

Tamil Nadu’s per capita income is India’s fifth highest, but the four states preceding it are substantially smaller. Among the country’s large states, it has the richest people. 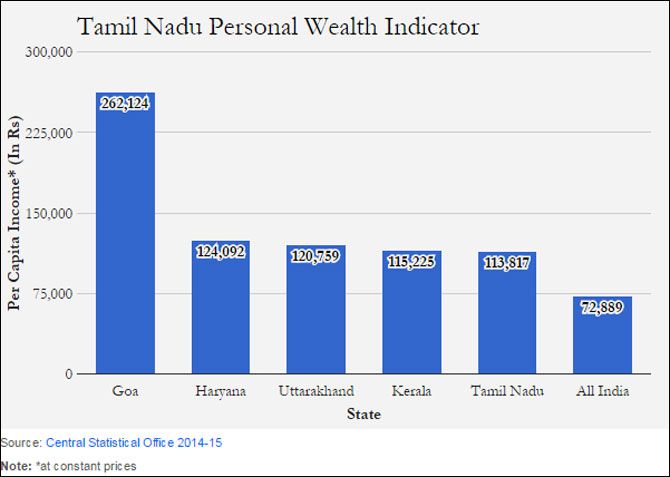 Freebies come at a cost

Jayalalithaa is known for the freebie culture, which she did not begin but did expand, personalising it along the way. For instance, her 2011 election promises included 100 units of free electricity to every household, a free laptop for class 11 and class 12 students (with free internet connections), a gram of sovereign gold as marriage assistance, and four goats/sheep to families who lived below the poverty line.

The laptops had images of “Amma (mother)”, as Jayalalithaa was popularly known. Other programmes also carried that name, such as Amma canteens (for subsidised food) and Amma medicals (for subsidised medicines).

While some programmes were applauded as having a social effect - such as the midday meal scheme, which Tamil Nadu pioneered before Jayalalithaa took office for the first time in 1991 and encouraged children to stay in school - they resulted in the fastest rising debt of any Indian state, as IndiaSpend reported in November 2015.

Debt, per se, is not bad, if the state’s economic growth can sustain and service it. So, the key matrix is the debt as a percentage of the state’s gross domestic product (GSDP) or total economic output.

Tamil Nadu’s debt-to-GSDP ratio at 20 per cent is lower than the national average, an indication the state is growing despite the spike in debt.

Prachi Salve is an analyst with IndiaSpend. 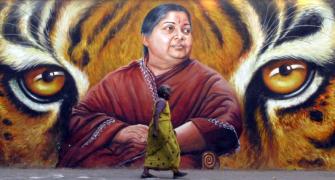 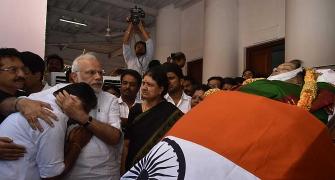 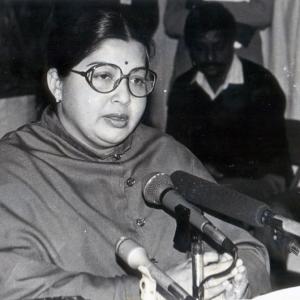 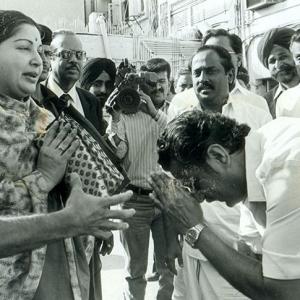