Sign in  |  Create a Rediffmail account
Rediff.com  » Business » Diageo's Indian-origin CEO gets pay cut; no hike this year too 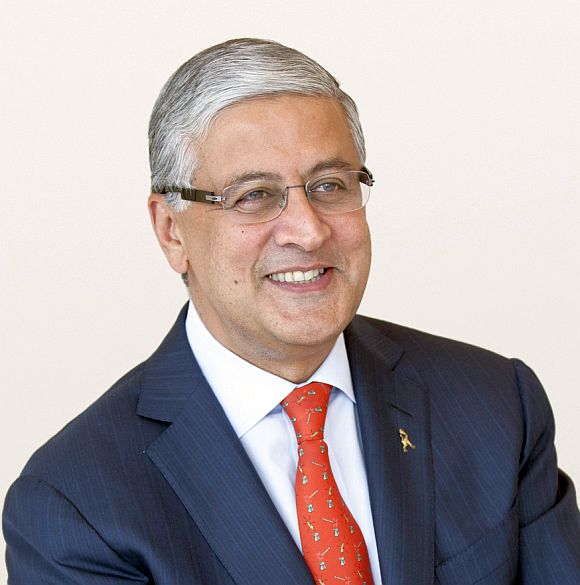 Leading spirits maker Diageo's Indian-origin CEO, Ivan Menezes, has seen his pay package decline in his first year on the top post and would not get any salary hike in the second year as well.

Menezes, who was promoted as CEO of UK-based Diageo Plc in July last year, was paid total remuneration of 7.77 million British pounds (about Rs 80 crore) in the financial year ended June 30, 2014. 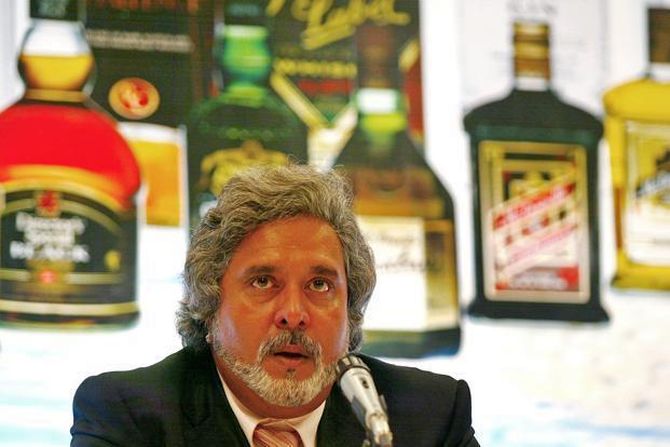 Due to sluggish financial performance in some key markets, the top executives of the company, including the CEO, could earn less than 10 per cent of the maximum performance-linked bonus they were entitled to during the last year.

Menezes said that India would become one of the largest markets for Diageo in the coming year and provide a major platform for future growth. 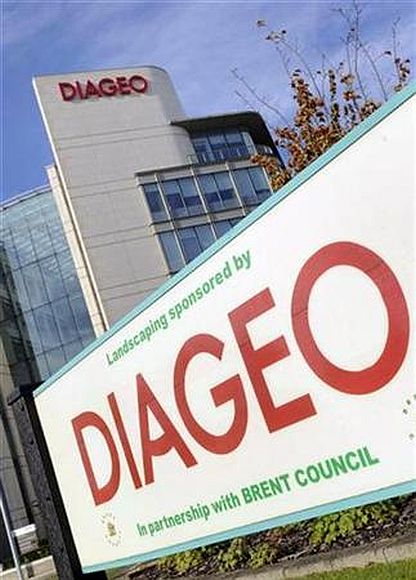 Image: Signage is seen on the outside of Diageo offices in west London.
Photographs: Toby Melville/Reuters

"After careful consideration of Ivan Menezes' total remuneration positioning and the salary budget for all employees in the UK, the Committee decided that no salary increase would be awarded to the Chief Executive in October 2014," the company said.

The overall salary increase budget for the current financial year ending June 30, 2015 has been decided to be 2.8 per cent of base salary for the business in the United Kingdom and 3 per cent in North America. 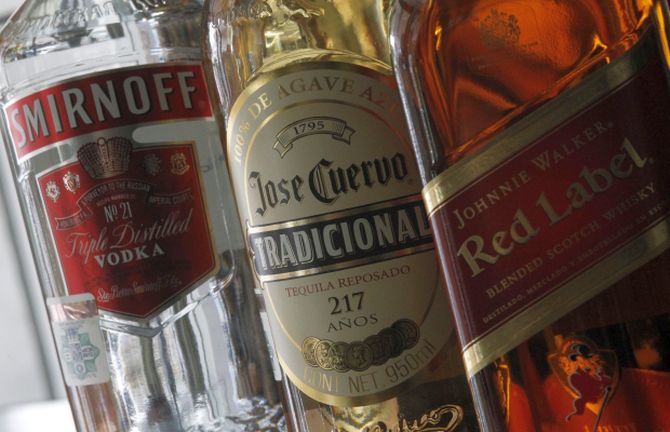 The company said that its Remuneration Committee assessed the performance of Ivan Menezes, along with other top executives, against their specific objectives and concluded that "the objectives were partially met".

The overall level of performance achieved resulted in an AIP (Annual Incentive Plan) award equating to 18.2 per cent of base salary for Menezes. 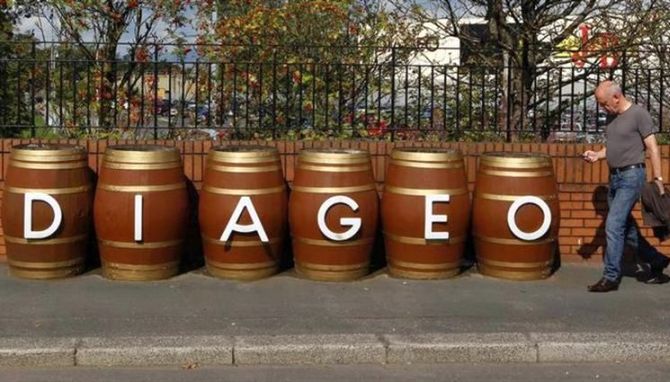 Image: A man walks past barrels outside the Diageo Shieldhall facility near Glasgow.
Photographs: David Moir/Reuters

"Diageo's remuneration principles clearly link reward with performance outcomes and so the business performance achieved in this last year has resulted in a significantly lower level of total remuneration for the Executive Directors than in 2013...," the company said.

"This overall level of performance resulted in an annual incentive plan award equating to less than 10 per cent of the maximum opportunity for Ivan Menezes, (CFO) Deirdre Mahlan and Paul S Walsh (former CEO and an Executive Director till September 19, 2013)," it added.

In his address to shareholders, Menezes himself said, "In fiscal 2014 top-line growth was affected by a slowdown in the emerging markets and currency weakness. Despite this, our increased focus on cost ensured we delivered our three-year operating margin expansion goal." 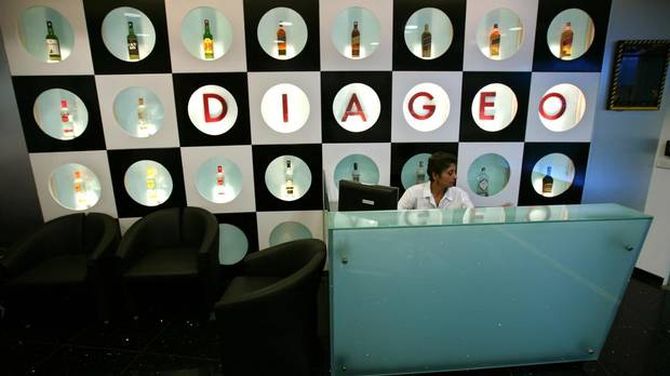 Image: A receptionist sits at the office of Diageo, the world's largest alcoholic drinks maker, in Mumbai.
Photographs: Prashanth Vishwanathan/Reuters

"By acquiring an additional 26 per cent of USL on July 2, 2014, taking our shareholding to a majority holding of 54.78 per cent, we have taken a leadership position in India which will provide a transformational platform for growth in this very attractive spirits market.”

"We will consolidate USL from the start of fiscal 2015, and with our combined strength, the Indian market will become one of Diageo's largest markets next year and a major contributor to our growth ambitions," he added.

54-year-old Menezes, who has been with UK-headquartered Diageo for about 14 years, is said to have been instrumental in the USD 2-billion USL deal.

Prior to joining Diageo, Menezes held senior positions with giants like Nestle, Booz Allen Hamilton and Whirlpool and he has studied at premier Indian educational institutions like St Stephen's College and IIM-Ahmedabad, besides Kellogg School of Management in the US.

Tags: Diageo , USL , Menezes , Kellogg School of Management , St Stephen's College
More
© Copyright 2022 PTI. All rights reserved. Republication or redistribution of PTI content, including by framing or similar means, is expressly prohibited without the prior written consent.
Print this
article