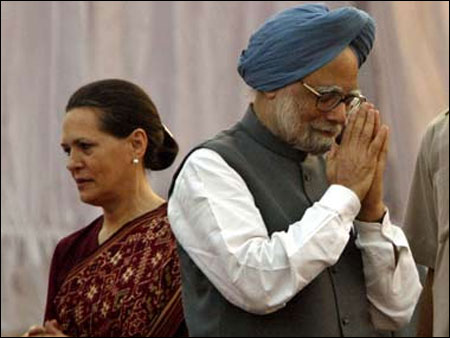 The release on Thursday of the advance estimates of national income in 2012-13 by the Central Statistics Office came with numbers that will have startled and worried most observers.

The headline fact is that the growth of gross domestic product at factor cost at constant (2004-05) prices is estimated at merely five per cent. Not for a decade, since the National Democratic Alliance had to deal with the after-effects of drought in 2002-03, has a full year's growth been so low.

The United Progressive Alliance  (UPA) cannot evade the responsibility for severely mishandling the economy and reducing it to this level; the problem cannot be blamed on external considerations alone, as the world economy has seen a modest upturn, and the financial crisis is now more than four years in the past. 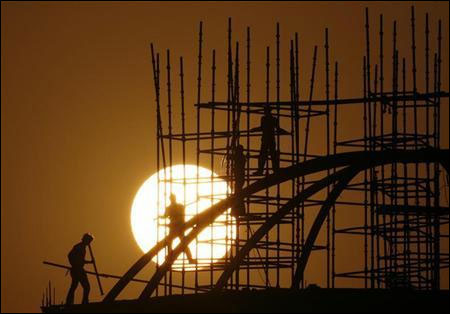 Concerns have been expressed that these numbers, given that they depend on extrapolation from the first three quarters of the financial year, may be revised sharply upwards later.

That would be a hope worth holding on to if there were real signs of a recovery in the real economy that observers could point to.

However, there are few such signs. Yes, corporate profits have been remarkably solid. But that appears to be because of careful cost-cutting, and there is little or no sign that it is sustainable or likely to be turned into investment any time soon.

Leading infrastructure sectors remain depressed; and the order books of major infrastructure companies are not just empty, but actually emptier than they were at this time last year. These numbers, therefore, should be taken seriously. 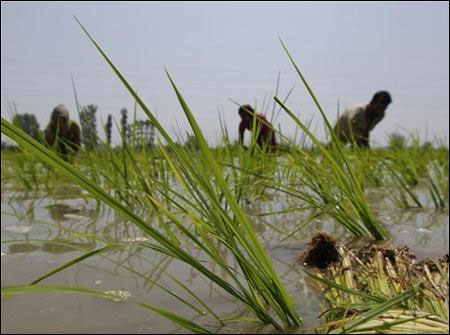 The government can point to the fact that the agricultural growth rate is 1.8 per cent as partial mitigation of its responsibility. Last year, the growth rate of agriculture was 3.6 per cent, but this year's rains were less regular and dispersed differently over time.

First, the point needs to be made that, for all this government's vaunted rural focus, it has been unable to insulate agricultural production sufficiently from the vagaries of the monsoon; and, second, the fact that an increasingly irregular monsoon is a consequence of climate change will become more of a concern as time passes, and yet the government seems to think that this is an aberration, not the new normal. 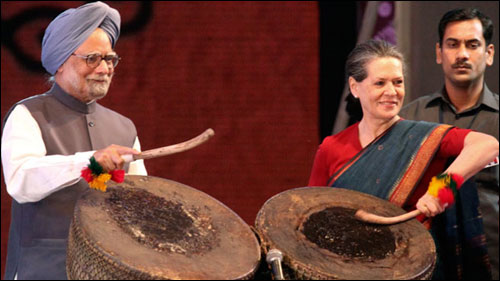 Meanwhile, though services have declined sharply - to 6.6 per cent growth, from their already depressed growth rate of 8.2 per cent in 2011-12 - the real problem continues to be in the secondary, industrial sect#8744 and here the government can hardly evade its central responsibility.

Industrial growth is 3.1 per cent, driven and kept low by a manufacturing growth rate of 1.9 per cent.

Indeed, all non-services sectors of the economy except for power, gas and water have clocked growth rates between one and two per cent.

This has nothing to do with the headwinds of the world economy; it has everything to do with a lack of reform, excessive crowding out, and an inability to make investment seem worthwhile to Indian capital. India is paying a heavy cost for the UPA's incompetence in managing the economy.