The BJP needs to declare its PM today!

If a party is indecisive while in the Opposition, what does it say about its capacity to govern effectively, asks T V R Shenoy.

I have no idea who the next prime minister of India shall be, and I have no problem with that. But I do have a problem when the largest Opposition party shies away from telling us, the voters, who its nominee for prime ministership shall be.

Before proceeding let us sweep away some cobwebs. This housekeeping should not be necessary but the silly excuses offered by some apologists make it a requirement.

The first myth is that India is a parliamentary system, and there is no need to announce the name of the intended chief executive as presidential forms of government require. The second myth is that the prime minister is chosen only by elected MPs after an election ends. This is nonsense.

India is not the only parliamentary democracy in the world, so let us see how other such nations handle the question of choosing a chief executive. Britain, Germany, Canada, Australia, and New Zealand are all parliamentary democracies, and in each of them the principal parties announce their candidates for the top job well before elections.

In 2005 the German voter had a clear choice between the Socialist Gerhard Schroder and the Centre-Right Angela Merkel. In 2009 the options were Angela Merkel and Frank-Walter Steinmeier.

Germany has a more complicated voting system than our own first-past-the-vote system, and over the decades it has had a series of coalition governments (including the current one). But the two leading parties -- the Christian Democratic Union and the Social Democratic Party -- always announce their choice of leader long before elections.

Someone is sure to argue that the Indian and the German political systems are different, and that we have inherited our form of governance from Britain. The argument is incorrect -- Germany and India are federal republics, which the United Kingdom certainly isn't -- but let us look at the British example too.

In 1880, much to her dismay, Queen Victoria's favourite Prime Minister Benjamin Disraeli and his Conservative Party were thrashed in a general election. The queen, who disliked William Gladstone as much as she liked Disraeli, offered the prime ministership to the Liberal leaders in the two Houses of Parliament, Lord Hartington and Lord Granville. Both refused, telling the monarch that the office could only go to the man who had led the election campaign.

The British 'Constitution' does not exist on paper, and is as much about tradition as about law. But in the 132 years since Victoria's aborted attempt to undermine the choice of the electorate nobody has become prime minister -- deaths and resignations apart -- except by leading a party to power in an election.

And since 1923, when King George V chose Stanley Baldwin over Lord Curzon it has also been accepted practice that a prime minister must sit in the House of Commons, not in an unelected or indirectly-elected Upper House.

The men and women who wrote our Constitution grew up in this tradition. It never occurred to them that the prime minister would not be the popular choice, nor that he or she would rule while sitting in the Upper House.

It is also ridiculous to state that the choice of a prime minister is made by Members of Parliament. Which MPs were involved in the choice of an H D Deve Gowda, an I K Gujral, or even a Dr Manmohan Singh? Each of those choices was made behind closed doors, by one or more party leaders. (And in the cases of the Deve Gowda and Gujral ministries several of those party leaders -- those from the CPI-M, the Telugu Desam, the DMK, and so forth -- were not even MPs themselves.)

Democracy demands that the choice of a chief executive should be made by the voters at large. (And yes, sadhus are also voters!) Because we -- hopefully! -- want to make an informed choice we need to know the nominees in enough time to study both their strengths and their weaknesses.

Today it is fair to say that, especially after the Jaipur conclave, the Congress's nominee for the top job is Rahul Gandhi.

You know that the BJP is botching up when the Congress is setting the better, meaning the more democratic, example.

The BJP has two options. First, it could announce its nominee, either after a closed-door conclave, or (preferably) after a direct contest between rival candidates (which is how the British parties, both the Conservatives and Labour, settle the question).

Second, it could let the tails -- note the plural -- wag the dog, and allow the (much smaller) allies in the National Democratic Alliance to choose a nominee by default.

What has the BJP gained by dithering?

The Janata Dal-United says it is opposed to Narendra Modi. The Shiv Sena says it would prefer Sushma Swaraj. The only voice of sanity has come from the Akali Dal, with Sukhbir Singh Badal saying, 'We are a small party. Whoever the BJP decides we will support them unconditionally.'

Sections of the BJP are worried about allies falling away if the party makes a 'controversial' choice. Which is better, to settle dissent before a general election, or to permit discontent to prevail while in government?

In 1977 the Janata Party won a general election without announcing its leader. There was unending dissidence, and after two prime ministers in 30 months India returned to Indira Gandhi.

Let us also not forget Dr Manmohan Singh's first term, when he became prime minister by default, and everyone from A Raja to Suresh Kalmadi did precisely what he wanted. Would they have disregarded a Sonia Gandhi as they did a prime minister without a mandate?

Yes, the next ministry too will be a coalition. But the leader of a coalition has the power to set the agenda if he or she has a clear mandate. But that is impossible without clarity on the nominee.

Governance is about taking decisions, and no decision is going to please everybody. If a party is indecisive while in the Opposition, what does it say about its capacity to govern effectively? 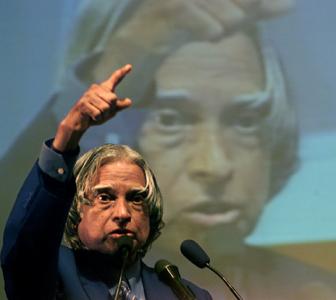 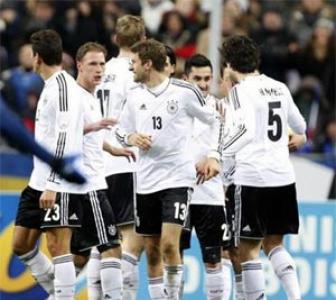 Time to address D for disruptions in Parliament: Pranab 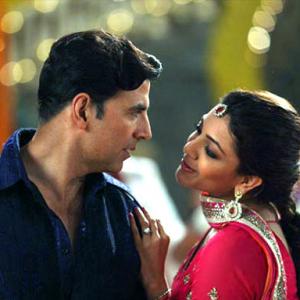 From Real To Reel: Bollywood's Fav Stories of 2013