Why RBI imposed curbs on HDFC Bank for service outages

The need to maintain people's confidence in digital banking resulted in the action against HDFC Bank for service outages, RBI Governor Shaktikanta Das said on Friday and exhorted lenders to invest more on the technology front. The regulator is also studying the incident at SBI, which also faced an outage on Thursday, Das said.

In an unprecedented action, RBI has asked HDFC Bank to stop issuing new credit cards and launching new digital business initiatives because of the repeated instances of service outages over the last two years.

"In the case of HDFC Bank, there were earlier episodes also. HDFC Bank has an overwhelming presence in the digital payment segment, in the internet banking segment. We have some concerns about certain deficiencies etc... it is necessary that the HDFC Bank strengthens its IT systems before expanding further," Das told reporters.

HDFC Bank, the largest lender by assets in the private sector, has been classified as a systemically important entity by the RBI in the past. It is also the largest issuer of credit cards and has a significant share in payments processing.

On Thursday, the bank's Managing Director and Chief Executive Officer Shashidhar Jagdishan had apologised to customers and promised to work on the deficiencies.

Meanwhile, Das, on Friday, exuded optimism that the HDFC Bank management will work on what is desired.

Stating that the central bank will nudge banks and other institutions on technology-related issues, Das said that at times, certain actions "become unavoidable and inevitable".

"As the regulator and the custodian of the digital payment segment in the country, I think the central bank also has to act and that is precisely what we have done," he said.

Das also asked all the banks, non-bank lenders and financial sector entities to pro-actively invest in technology, emphasising that it is necessary to do so to remain competitive. 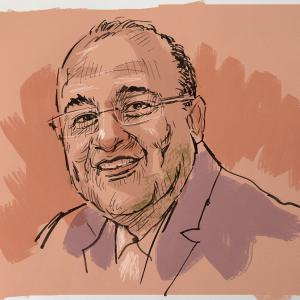