The PBD this year fun­c­tions as a political stage for the BJP government at the Centre and in Uttar Pradesh. Both Prime Minister Narendra Modi and Congress president Rahul Gandhi have been wooing the Indian diaspora through widely publicised events across the country.
At the PBD, the mood was either largely pro-Modi, and when not, apolitical. 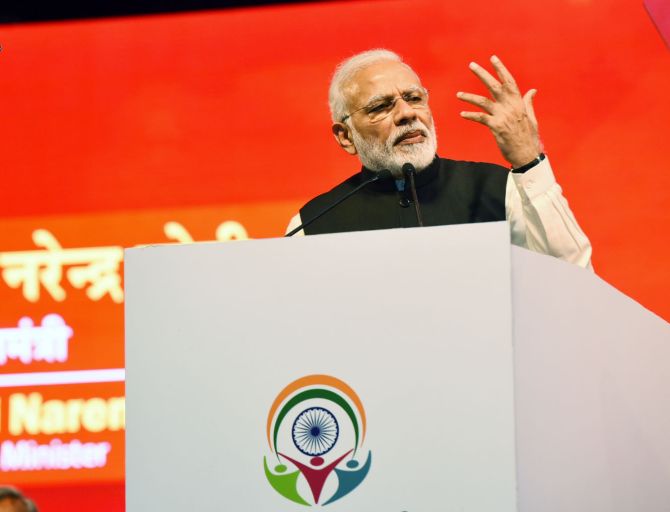 At the gargantuan venue for the Pravasi Bharatiya Divas (PBD) in Varanasi, two women posed for a selfie in front of large cutouts of the Kashi Vishwanath temple.

A young man was busy making a boomerang video of a tea vendor offering the hot beverage in ‘kulhads’.

But as soon as the question of the upcoming Lok Sabha election was brought up, there was a tiny shift in energy.

“I’m not sure I know enough” was an oft-repeated phrase among the millennial visitors to the 15th edition of an event aimed at bringing together the Indian diaspora.

The PBD this year also fun­c­tions as a political stage for the Bharatiya Janata Party government at the Centre and in Uttar Pradesh.

A bill is pending in the Rajya Sabha on the question of allowing non-resident Indians the right to cast their vote by proxy.

Both Prime Minister Narendra Modi and Congress President Rahul Gandhi have been wooing the Indian diaspora through widely publicised events across the country.

At the PBD, the mood was either largely pro-Modi, and when not, apolitical.

“I feel I don’t know enough about the Indian political scenario to cast my vote,” said Jaya Mohan, a 28-year-old delegate from Sydney, Australia.

“There is a feeling that Modi contributed to India’s popularity across nations with Indian communities.

"But that feeling dissipates when I speak to my relatives living in India and what they tell me about the situation here.

"I’m sure my parents, who are more politically aware, would be more interested in voting.”

The older diaspora, especially those who emigrated out of India decades ago, have a predictably stauncher sense of patriotism and rootedness.

The BJP’s focus on nationalism plays well with this demographic.

“I think my son won’t be as excited about voting. But I say with confidence that if he were to invest, he would most certainly choose India,” said Sharad Amin, a delegate from Houston, Texas, who moved to the US over 40 years ago.

“When I attended the PBD in 2013, a lot of people asked me if I would come back if Modi came to power. I have not come back, but I have kept my promise and built a house in Vadodara,” said Amin.

On the question of Rahul Gandhi, he smiles and refuses any comment.

There was also considerable presence of strong, diaspora-led and BJP-affiliated lobbies.

Aditya Tawatia, convenor of the Overseas Friends of the BJP in Vancouver, was clear about the path ahead.

“Our youngsters feel disconnected to India. We need to engage with them so that they can serve both the country of their current citizenship and India,” he said.

Modi, for him, is a no-brainer. “Most successful governments in the West serve at least two terms. Modiji has sown the seeds, now is the time to see the fruit,” said Tawatia.

Spice Group’s B K Modi also saw representation through his social organisation, the Global Citizen Forum (GCF), which is affiliated with the BJP. GCF’s global spokesperson Anand Sahu said that events like the PBD are seminal in creating a sense of community among NRIs.

“The PBD is a great platform to consolidate ideas,” he said.

Gandhi’s promise to grant NRIs representation in the Rajya Sabha seemed to have had no resounding impact.

“Who cares? For us, the country is important, not politics,” said Mangat Ram Sharma, a former resident of Jammu who now lives in Denmark.

While there was some ambivalence about Modi even from within the staunchest groups, most felt that he brought with him a certain cultural identity, a mantle of the Rashtriya Swayamsevak Sangh, so to speak, that Modi has taken forward.

“But the sad part is that everyone is focusing on nationalism as Hinduism.

"No one is looking at Indianist. Irrespective of who is in power, I still have the same sadness when I come to this country that I had when I first left 39 years ago,” said Nitin Sewduth, a Mauritian citizen.

With almost no visible representation from the Congress, this may have been a missed opportunity to mobilise communities, especially those ambivalent towards the BJP. 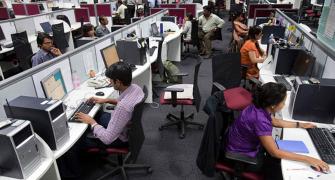 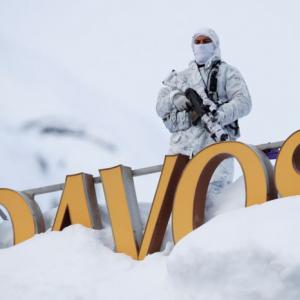