Currently most of its 119 planes have been taken back by the lessors and many have been leased to other airlines like SpiceJet. The second challenge is that it has to repay banks. 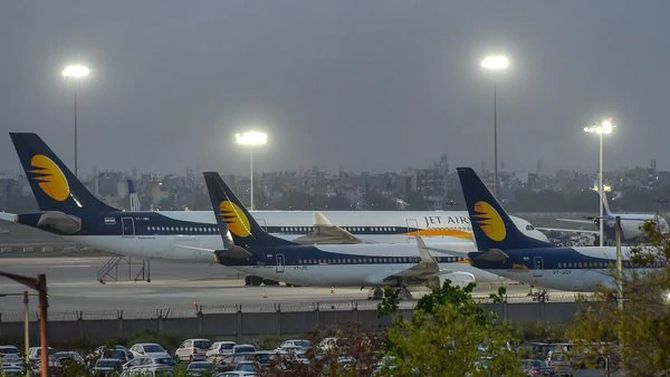 The biggest, immediate challenge the potential new owner of Jet Airways will have to tackle is to pay the lessors’ dues so that the airline can negotiate on getting delivery of some of the planes on lease.

Currently most of its 119 planes have been taken back by the lessors and many have been leased to other airlines like SpiceJet.

The second challenge is that it has to repay banks part of their loans even if the lenders take a 50 per cent haircut on the Rs 8,500 crore they gave.

The price tag for the two, according to airlines dealing with Jet, is a substantial Rs 7,000-7,500 crore.

That of course is not all.

It has to pay at an average Rs 2 crore per month for each plane it takes on lease again and that it has to pay upfront.

In simple terms it means forking out about Rs 7 lakh a day for an aircraft.

Says a senior executive of an aviation consulting firm that has worked with Jet: “The process of getting back Jet again to its earlier fleet levels (with 119 aircraft) will take two years if not three, just as it took SpiceJet. Most of its planes have been taken back by the lessors and deployed elsewhere.

"Some of the ones it owns (Boeing 777) are being taken back by the US Exim Bank for not paying its dues.

"So you might just start with 20 planes initially and that would require paying Rs 480 crore every year at least for just leasing them.

Airlines estimate it will require an immediate infusion of Rs 1,500 crore just for operating a limited number of planes - paying for fuel, salaries, marketing, among others.

That is apart from paying lessors’ dues and loans to banks.

The buyer will get three things - a well-known brand name which has value, a well-trained management (which will need to be trimmed because of the reduced number of planes), and valuable slots, especially in Mumbai and other metros, as well as internationally.

It currently hardly has any assets, unlike Air India, 60 per cent of whose planes it owns.

The airline has to look closely at its employee to aircraft ratio.

With around 16,000 permanent employees to 119 planes (134 per aircraft), the airline might have to trim the workforce.

The problem might be taken care of partly by the attrition of employees already, especially of pilots, who have joined IndiGo and SpiceJet.

Experts say even in the December quarter of 2018, Jet had an international market share of 11 per cent and in February 2019 controlled 12.6 per cent share of the domestic market.

With the domestic market expected to grow by 14-16 per cent in FY20, the benefit of that growth will go to Jet’s competitors. 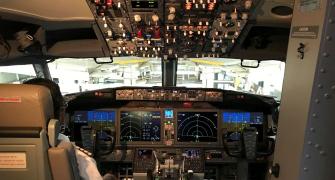 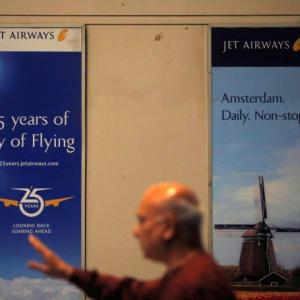