GNPAs of public sector banks are now at a staggering 11.2 per cent of their advances.

India’s bad loan problem is getting worse. As chart 1 (below) shows, gross non-performing assets (GNPAs) of public sector banks have soared to Rs 6.2 lakh crore at the end of Q3 FY17 — an increase of over 56 per cent over the previous year. 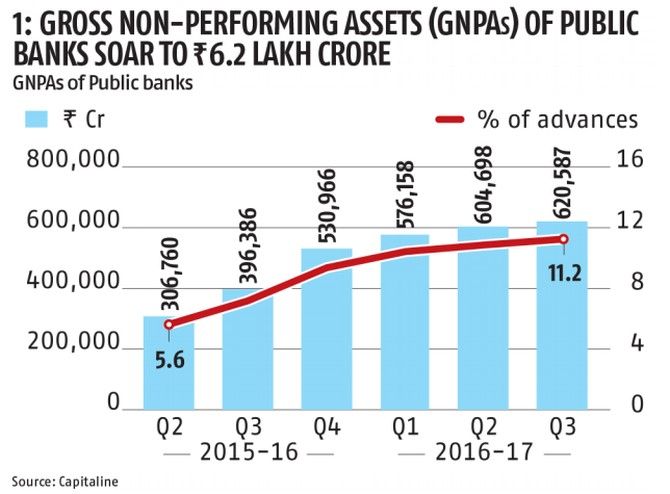 GNPAs of public sector banks are now at a staggering 11.2 per cent of their advances. 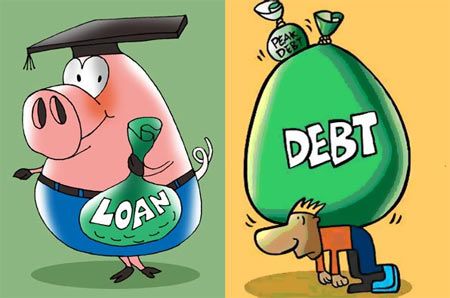 For some banks the situation is worse. As chart 2 (below) shows, GNPAs of five banks namely Indian Overseas Bank, UCO Bank, United Bank, IDBI and Bank of Maharashtra are now more than 15 per cent of their advances. 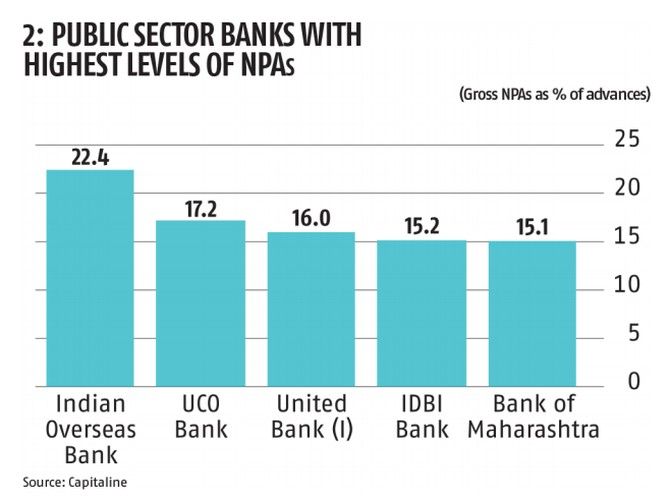 In Q3, the incremental addition to NPAs was the most for IDBI at Rs 5,111 crore, followed by Union Bank, State Bank of India and Oriental Bank as shown in chart 3 (below). 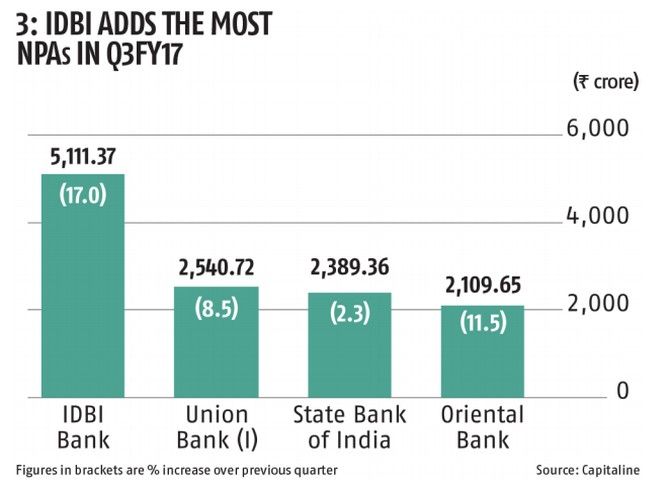 While at the aggregate level, GNPAs of private sector banks are only 3.5 per cent of advances, some banks have much higher levels of bad loans.

As shown in chart 4 (below), GNPAs for ICICI Bank are at 7.9 per cent of advances, while those for Dhanlaxmi Bank are at 7.6 per cent. 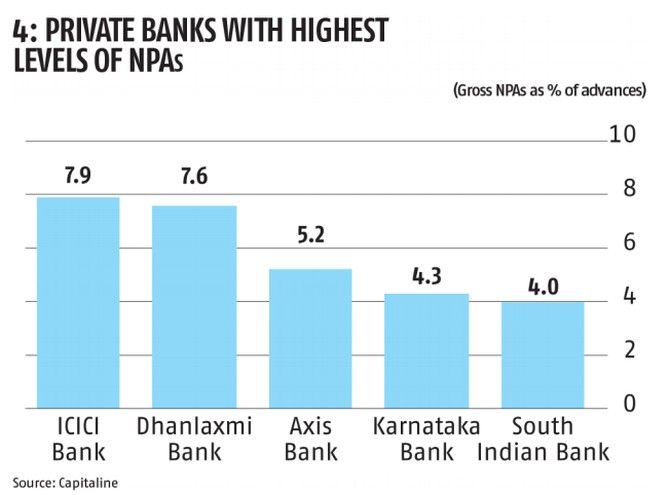 Resolving these bad loans is proving to be difficult. As chart 5 (below) shows, the number of cases withdrawn from the corporate debt restructuring cell rose to 264 at the end of December 2016, up from 202 the year before. 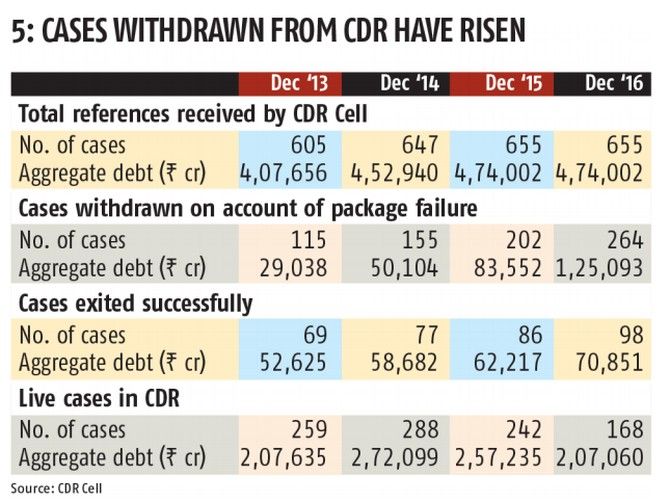 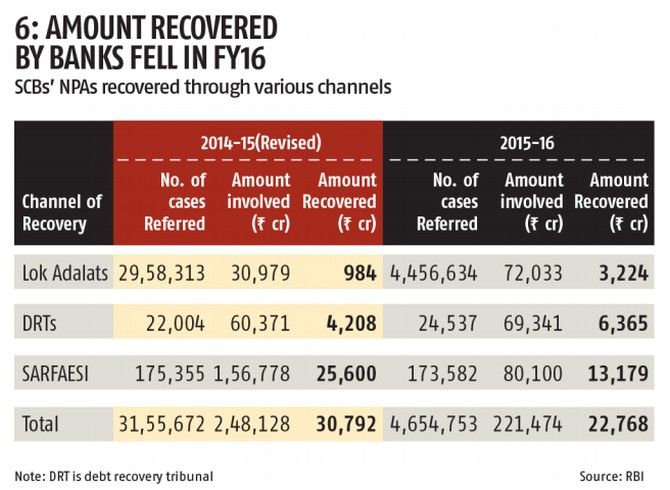 While many had hoped that asset reconstruction companies would help resolving bad loans, as chart 7 (below) shows, the numbers are nowhere near the scale that is required. 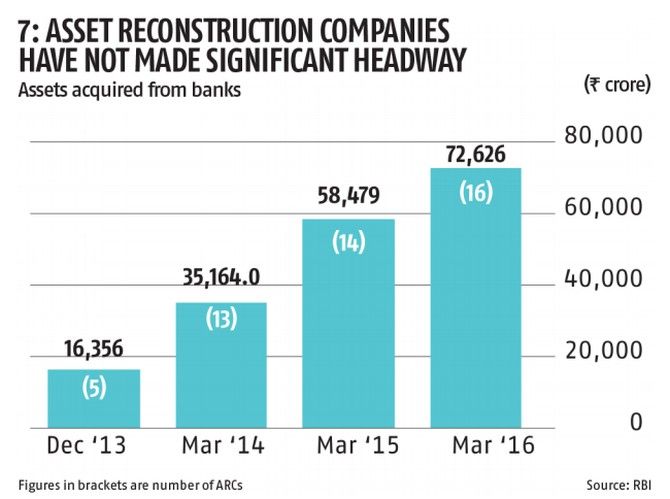