Walmart CEO Doug McMillon in India to take on Amazon

Besides Jeff Bezos-led Amazon, Walmart-owned Flipkart is also facing a threat from Asia’s richest man and RIL chairman Mukesh Ambani, who is also betting big to grab a share of the country’s e-commerce market. 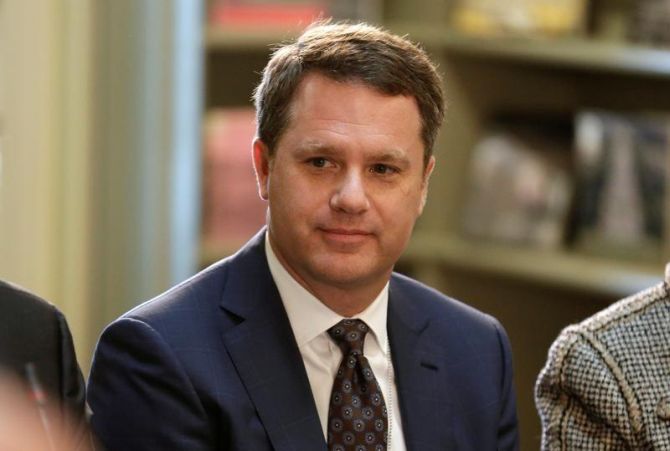 Doug McMillon, the president and chief executive officer (CEO) of world’s largest retailer Walmart Inc, is on a crucial visit to India, especially to the headquarters of Flipkart in Bengaluru to assess the progress made by the home-grown e-commerce giant.

In May this year, Walmart paid a whopping $16 billion to acquire around 77 per cent stake in Flipkart, a transaction that valued the e-commerce firm for over $20 billion.

“He (McMillon) would be visiting the Flipkart campus and would be meeting the employees,” said a person.

During his stay in Bengaluru, McMillon is also expected to meet the senior leadership of Flipkart, and also hold a townhall meeting with its employees on Tuesday.

Among others, he is likely to discuss the strategy to take on Walmart’s US rival Amazon with whom the Bentonville-headquartered company is in a fierce battle for dominance in India’s online retail market, according to sources.

Besides Jeff Bezos-led Amazon, Walmart-owned Flipkart is also facing a threat from Asia’s richest man and Reliance Industries (RIL) chairman Mukesh Ambani, who is also betting big to grab a share of the country’s e-commerce market.

To achieve this, RIL is building the e-commerce platform through a mix of organic as well as inorganic initiatives, including acquiring small technology companies that would help it to create a robust platform.

“McMillon knows that the threat from Amazon is real and Walmart is acting in an aggressive way from the last three years, especially after it bought internet retailer Jet.com,” said Satish Meena, a senior forecast analyst at Forrester Research.

“Now they (Walmart) are not only worried about the competition coming from Mukesh Ambani, but also the kind of influence he has on policymaking in India, which Walmart does not have,” added Meena.

McMillon’s visit to India comes at a time when the company is under pressure from its investors to justify its investments in Flipkart as quickly as possible.

Walmart posted $514 billion in revenue for FY19, compared to $500 billion in the previous financial year, a growth of 2.8 per cent.

However, growth was slower when compared with 2017-18, when the company grew 3 per cent. Gross profit fell by 18 basis points in FY19, which was attributed to several factors, including Walmart’s growing e-commerce businesses, the consolidation of Flipkart, and increased transportation expenses.

During an analyst call this February, McMillon had said that in terms of the regulatory environment in India, Walmart was disappointed with the recent change in law, though the team is working to ensure the firm is in compliance with the new rules.

McMillon, however, had said the new regulations have not shaken Walmart’s “confidence and excitement” about Flipkart’s long-term prospects as the business has behaved in line with their expectations.

Under McMillon’s leadership, Walmart is bringing together its stores, digital commerce capabilities, and supply chain in new ways.

Each week, over 275 million customers and members visit the company’s 11,300-plus stores across 27 countries, and also e-commerce websites and apps.

Originally from Jonesboro, a city in the US State of Arkansas, McMillon graduated from the University of Arkansas with a Bachelor of science in business administration.

He earned his MBA in finance from the University of Tulsa in the US.

In 1984, he started out as an hourly summer associate in a Walmart distribution centre.

In 1990, while pursuing his Master’s degree in business administration, he rejoined the company as an assistant manager in a Walmart store in Tulsa, Oklahoma, before moving to merchandising.

He went on to serve in successful senior leadership roles in all of Walmart’s business segments.

From February 2009 to February 2014, McMillon served as president and CEO of Walmart International, a fast-growing segment of Walmart’s overall operations, with over 6,100 stores and more than 700,000 associates in 26 countries outside the US at that time.

From 2005 to 2009, he served as president and CEO of Sam’s Club, an operating segment of Walmart, with sales of more than $46 billion annually during his tenure.