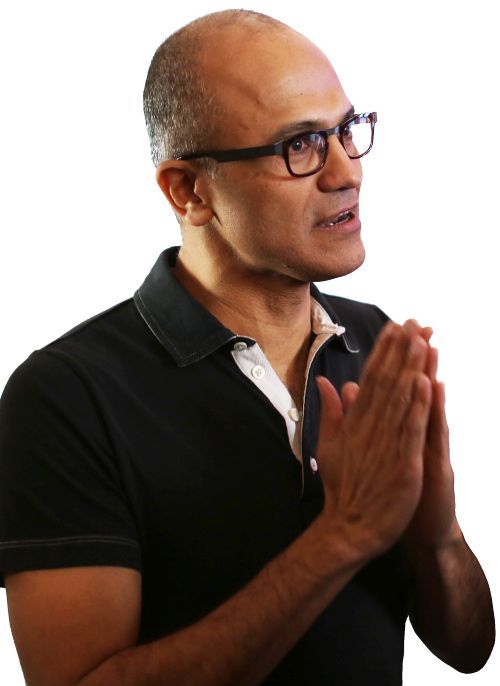 Microsoft's India-born CEO Satya Nadella acknowledged that ‘one big mistake’ the company made in the past was to think the personal computer will reign supreme forever and failing to anticipate the technological transformation of the mobile phone.

"If anything, one big mistake we made in our past was to think of the PC (personal computer) as the hub for everything for all time to come. And today, of course, the high volume device is the six-inch phone. I acknowledge that.

"But to think that that's what the future is for all time to come would be to make the same mistake we made in the past without even having the share position of the past. So that would be madness," Nadella said in an interview to technology news website ZDNet.

He added that the company has to be on the "hunt for what is the next bend in the curve".

Nadella recalled that when he had joined the company in 1992, the focus and ambition was to take the personal computer in every home and on every desk.

"Guess what: We achieved that. And a company has to outlast any given technology paradigm and any ambitious goal. And so for me this going back to what is it that drove Bill (Gates) to build even the BASIC compiler or the interpreter to what we did in terms of inventing productivity or democratising client-server computing," he said.

The Microsoft chief had spelled out personal computing, reinvention of productivity and business process and building an intelligent cloud platform as the company's three "bold ambitions" going forward at the Microsoft Worldwide Partner Conference 2015 underway.

Elaborating on his outlook for the Windows phone, Nadella said he does not want the phones to be any other phone operating system or device.

He stressed Microsoft will also not launch a phone a day but focus on few phones that are unique.

"And that's what I want our devices and device innovation to stand for." The conference was the first major company event following the announcement on July 8 that Microsoft would be cutting 7,800 jobs and write off $7.6 billion, all related to its Nokia business.

Nadella said the announcement about the Nokia business was not about any change to the comany's vision and strategy, but for sure it was a "change to its operating approach".

"The way we're going to go about it. I'm not going to launch a phone a day. I'm going to focus on a few phones that actually grab share that, in fact, showcase our uniqueness," he said.